Jamie Greubel is a bobsled driver born in Princeton. She attended the Hun School in Princeton before going to Cornell University and is now in Lesley University for graduate school. 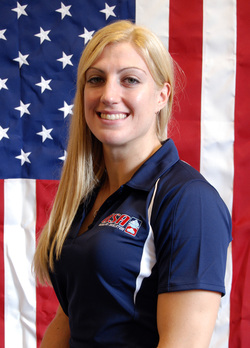 She ran track at Cornell where she competed in the Pentathlon and Heptathlon.   In 2008, she started as a brakeman in bobsled but soon switched over to being a driver. She was introduced to bobsled in 2007 by her college track teammate, Ethan Albreict-Carrie, who joined the US Bobsled Team after graduating from Cornell.

Jamie was an alternate on the 2010 U.S. Olympic Team and won a silver medal in the 2012 World Cup with teammate Emily Azevedo.