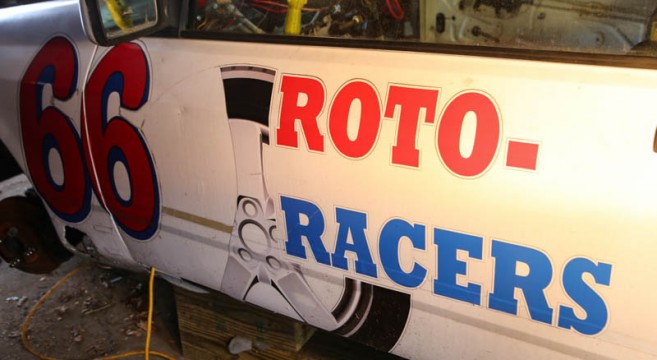 Scientists, engineers, pilots and analysts aren’t what you’d expect to find on a racing team.  Then again, nothing is what you’d expect from race teams at 24 Hours of LeMons events. Two days of racing cars that cost $500 or less (plus mandatory safety equipment worth several thousand dollars) and that are often decorated in crazy ways means that one shouldn’t expect the usual race scene. Tiny prizes go to the technical winners of three classes of vehicles with the more coveted awards going to, for example, the best fix on the fly and the team voted People’s Choice.

Last year, we attended The Real Hoopties of New Jersey race at New Jersey Motorsports Park in Millville and had an amazing time. This gave us an idea. What if we followed a team comprised of all members who are from New Jersey? We can follow their progress from the off-season right up to the race later this year in May? We put a feeler out on the LeMons website forum and viola! We’re following an all-New Jersey team called RotoMotoSportNJ on their way to Real Hoopties 2014. 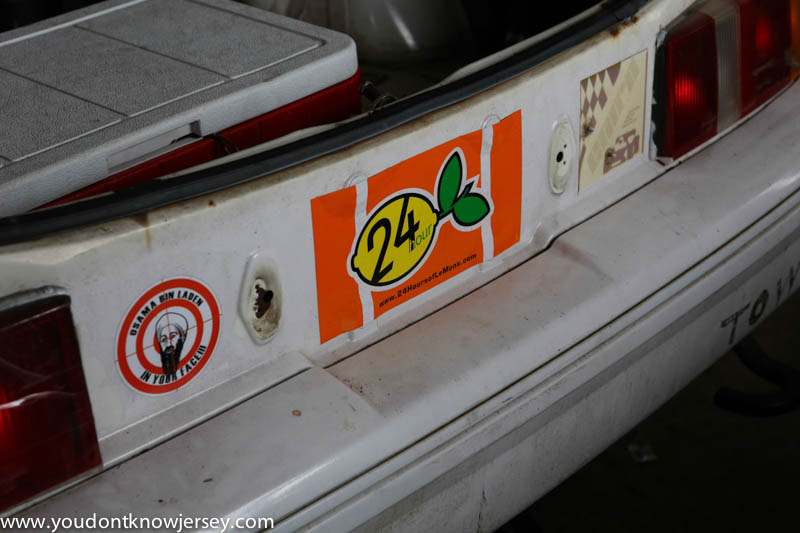 We dropped in on team members Dante, Matt, John and Kevin on a cold weekend morning at their secret facility where they were in the middle of completely tearing down and rebuilding the Roto-Racer. Catastrophic engine problems ended their NJ race early last year. Dante’s dad (also named Dante) is also on the team but wasn’t there when we visited.

We were already impressed with Dante’s driving skills because he had to come retrieve us at the bottom of a very icy and very steep driveway on the way to their garage.

Our first view of the car was basically a shell.  The engine was missing. The tires were taken off.  Many, many wires were hanging out of the dash.  Despite the car’s appearance, the guys seemed confident that it would all be put back together in time for the May 10-11, 2014 race in Millville. 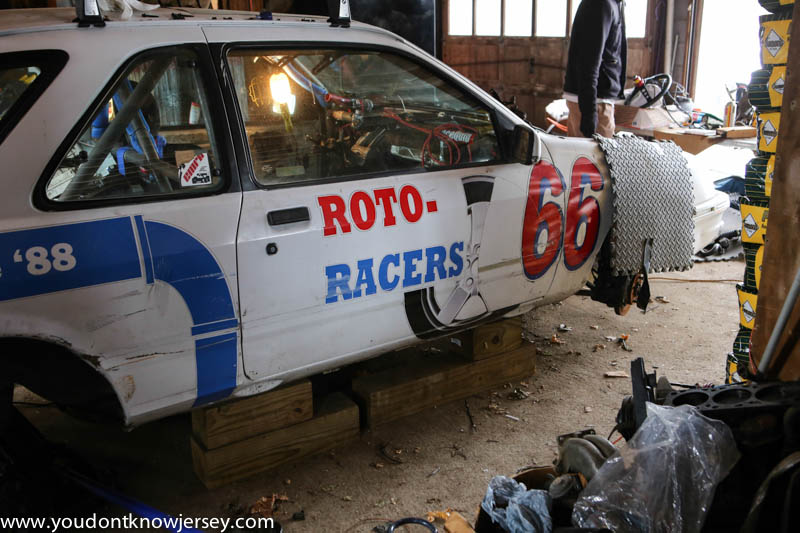 Team leader Dante read an article about 24 Hours of LeMons a few years ago and decided to get a team together with his friends.  They found a 1989 Merkur XR4ti for the right price and after much restoration work and safety equipment installation they were ready to go. 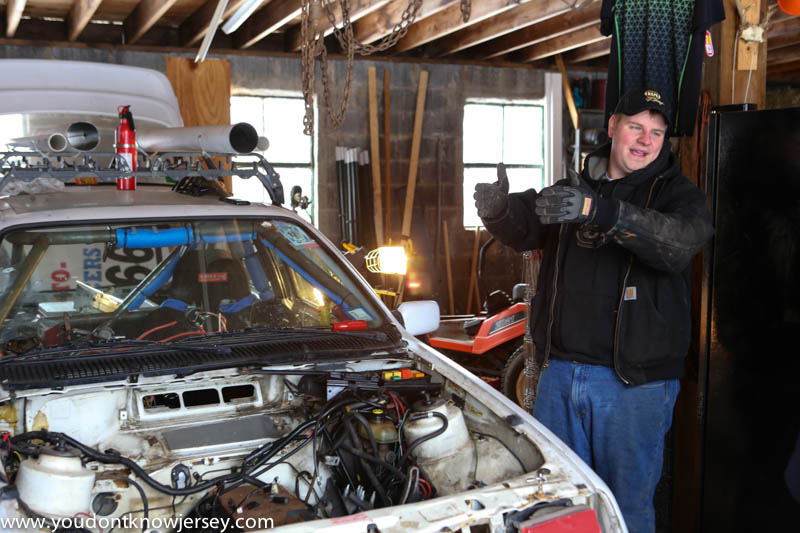 The team first raced in New Hampshire and again in Monticello, NY.  We saw them race their third race in Millville last August.  In 2014, they’re planning on three, maybe four races including TWO in Millville this year. The race that used to be held in Monticello has been moved to New Jersey this year. Once they have an engine and wheels back they’ll be ready, that is.

The guys all agreed when Dante said that the small victories are the most glorious.  Being able to race at NASCAR’s New Hampshire Motor Speedway was amazing.  Even getting your first turn at the wheel in a race was great.  Winning the race isn’t necessarily the goal for most of these teams.  Sure, it would be great to win. But, most of the time it seemed like the comradery and fun with your LeMon car made it all worth it.

Team member John is the man in charge of wiring.  He was hard at work most of the time we were there. John told a great story about getting out on the racetrack for the first time and feeling like he was doing a great job until he looked down at the speedometer which was clocking in at only 75 MPH. 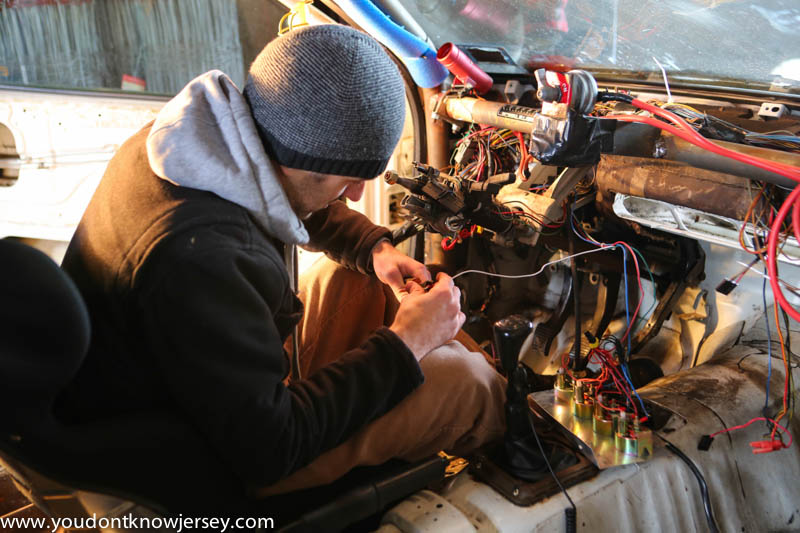 Matt and Kevin discussed the missing engine while we took pictures. They asked us if we had stayed for the party on Saturday night. Apparently, that’s one of the most fun parts of the race weekend.  We’re definitely staying on Saturday night this year! Race teams meet each other and trade stories and sometimes parts and tools. 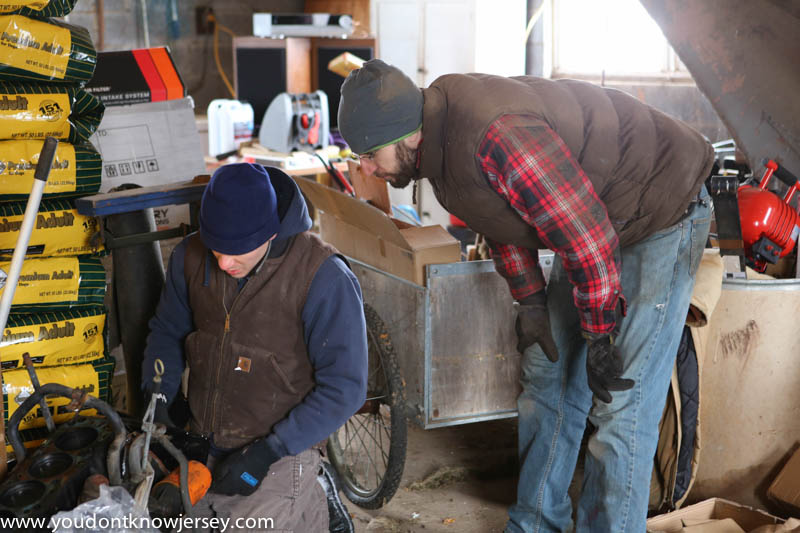 We talked to them about things they’ve learned during their races last year.  They said that working on their timing at the pit stops really helped improve their lap count.  They’ve been working on communications between the car and garage and also how to reduce time spent at each stop.  So it’s true, races really are won in the pits! They’ve also been pleased with the ingenuity all the team members have displayed with on-the-spot repairs as things wear out during the race.  There’s so much more to racing these cars than just the driving!

They built a cooling system for the driver’s flame-retardant suit and also the car seat.  After watching Dante Sr. nearly overheat in a race, they knew that they needed to make it more comfortable in the car.  Part of making a stock car race-ready is removing everything that takes up space and is heavy—including the fire wall and other protection between the driver and the engine. That cooling system sounds amazing!

Another thing they’ve learned along the way was that rather than trying to just out-distance everybody the driver can choose one car to keep up with or try to pass.  It makes the driving easier when there’s just one thing to focus on.

Check back about six weeks from now when we’re planning on visiting again to see how the car is progressing!

Here are all the pictures from our visit: 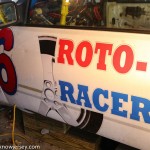 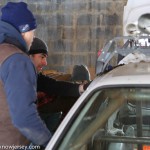 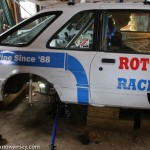 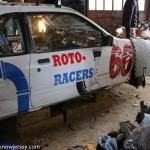 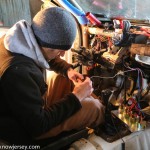 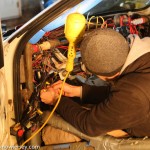 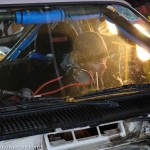 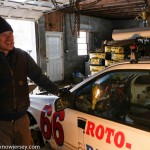 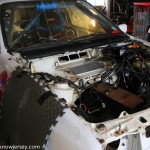 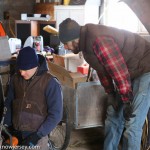 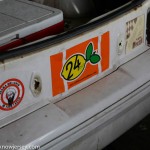 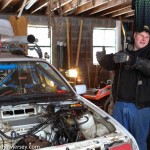 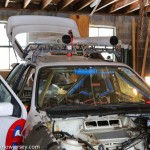 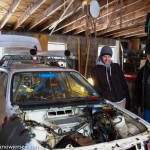 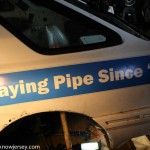 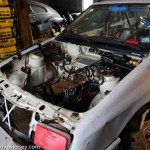