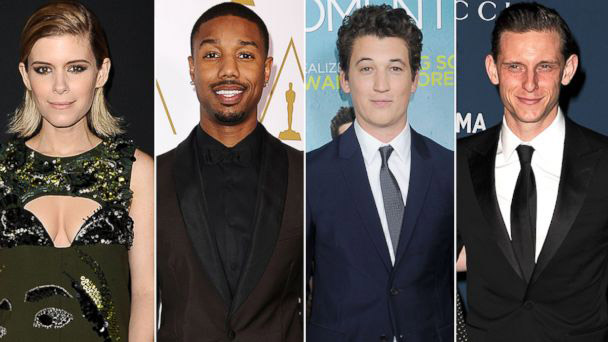 Michael B. Jordan, the new Johnny Storm aka Human Torch actually grew up in Newark, New Jersey. According to wikipedia, he was born in Santa Ana, California but 2 years later his family moved to Newark, NJ and he played basketball at Newark Arts High School.

Kate Mara, who will play Sue Storm aka Invisible Girl is the great-granddaughter of the founder of the New York Giants, Timothy Mara. As stated in Internet Movie Database, not only is she a fan of the New York Giants who, of course play here in New Jersey, she often sings the National Anthem at Giants home games.

Miles Teller will be the new Reed Richards aka Mr. Fantastic. He was born in Downington, Pennsylvania but his Internet Movie Database bio states that his mother’s family, which has English and some French lineage, has deep roots in New Jersey.

Jamie Bell is slated to take over the role of Ben Grimm aka The Thing. He is from Billingham, County Durham, England, UK and has no connection to New Jersey whatsoever.

Pin It
Previous post:
Everything HomeMade, Lafayette Village [CLOSED] – Review Next Post:
Things to do in Jersey – February 28 March 1 2 2014