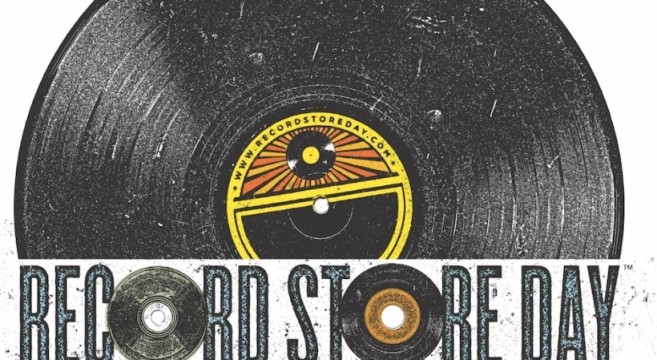 “Vinyl is the real deal. I’ve always felt like, until you buy the vinyl record, you don’t really own the album. And it’s not just me or a little pet thing or some kind of retro romantic thing from the past. It is still alive.” – Jack White

We here at YDKJ are big fans of the vinyl record. We remember a time when it was something special to save up your money, go to a record store to search the bins and find that latest release or hard to find album. Just opening the record, taking the black disk out of its sleeve and laying that shiny wax on your turntable was so exciting. And that unmistakable sound when the needed hits the grooves. Nothing like it.

Record Store Day is a special day each year to celebrate your local record store. According to their website, RSD “was conceived in 2007 at a gathering of independent record store owners and employees as a way to celebrate and spread the word about the unique culture surrounding nearly 1000 independently owned record stores in the US and thousands of similar stores internationally.”

For record aficionados this day is basically Christmas. Many of the releases on this day are limited editions and you can be sure they will go fast. Many people will be standing in line at your more popular stores so if you want to be sure to snag something you best get out there early. I have made the mistake of going too late in the day and missed out on many albums I was hoping to pick up. As you can imagine some of the record will show up on eBay before the day is over.

For a list of record stores in New Jersey that are participating in Record Store Day, click here. It is a good idea to check with a store to make sure they will be carrying the release you are looking for.