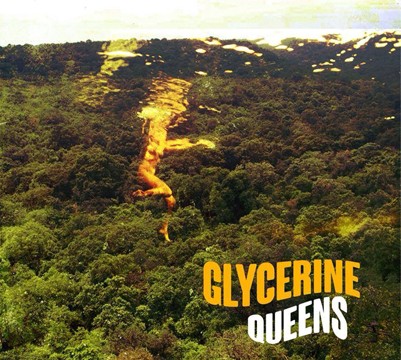 Glycerine Queens are a young, all-female band out of Asbury Park who just released their debut EP Sleep Deprivation last month and it makes an impressive first statement.

Initially influenced by the glam and punk of the 70s, which can be heard on early songs like “California Paradise,” they have taken that sound and infused it with a healthy dose of surf, psychedelica and shoegaze for Sleep Deprivation. It make for listen that is ethereal and intoxicating. 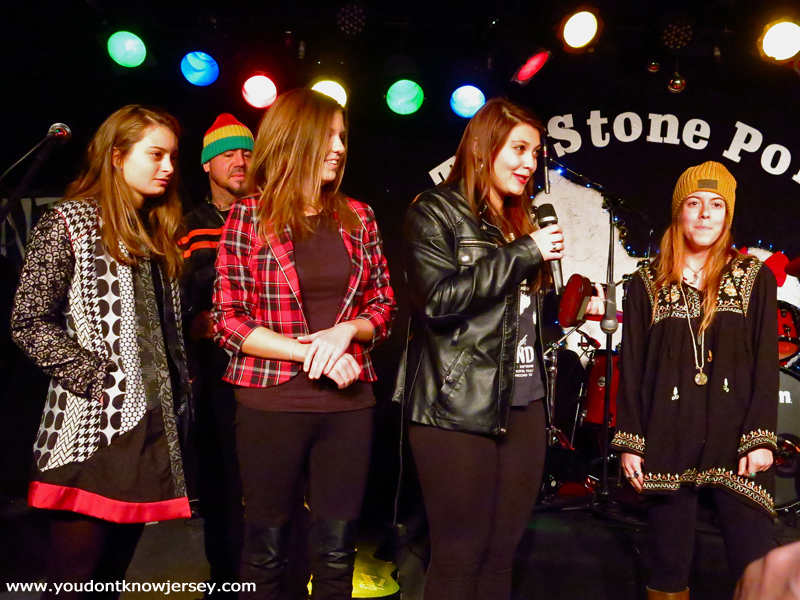 Sparse guitar strings introduce the opener “Sleep Deprivation” which quickly sets the tone of the album with nice guitar work from Kayla Smith and the airy vocals of guitarist/singer Cynthia Rittenbach.  “Sister” follows and is a perfect summer song. Featuring a lilting guitar that adds a surf element to the track creates a chill out vibe.

“Agnes” is an alluring song and my favorite on the record. Dreamy, haunting vocals and guitar over Kayla Cervone’s slinky baseline give the song emotional weight. The buildup leads to a crescendo of an awesome guitar solo and finish.

The pulsing cover of Tame Impala’s “Elephant” lets the band rock out and stands out from the other tracks. It shows the power of the band is capable of, especially drummer Jen Amoscato. The album returns to the sound of the previous songs with “She Thinks She Knows” and is a perfect closer here. A subtle keyboard adds a touch of melancholy to the song which wraps up the album in fine fashion.

Produced by Neptune native singer/songwriter Nicole Atkins, about the only complaint we have is that it left us wanting more. That is a good thing.

Cynthia fielded some questions from us below;

YouTube is partly responsible for getting you together. Can you tell us a little about that?

I met our lead guitarist Kayla Smith on YouTube during my freshman year of high school. Kayla came across my Runaways recordings and we started sending back and forth GarageBand files, with her playing drums and guitar and myself on guitar, bass and vocals. She quickly became one of my best friends and with her being from New Jersey, she was the last piece of the puzzle we needed to start Glycerine Queens.

Your list several glam/rock bands as an influence. The Runways, Sweet, T. Rex. What is it about this music that appeals to you?

A lot of glam rock bands such as The Runaways, T. Rex and Suzi Quatro were what influenced us when we first started out. The Runaways are what made me want to have an all girl rock n roll band. We use to play a lot of their songs. We still love those bands but we’ve definitely grown over the years and are influenced by a much wider range of music.

Congrats on winning Top Young Band at the 2013 Asbury Park Music Awards! What does it mean to be part of the Asbury music community?

It means a lot to be a part of the AP music community. I never thought that our weekly jams would bring us anywhere outside of Jen’s garage.

What is the biggest challenge you’ve faced as a young, all-female band? How did you overcome it?

Personally, I think that the challenges we’ve faced have been the same of any other young band. I think we’re lucky to live in a time where girls can play rock n roll without being criticized.

You worked with Nicole Atkins as producer on the EP. What was is like working with her?

Working with Nicole on this EP has been such a great experience. She has helped us out in so many ways, including helping us find our sound. She’s my musical mentor and I’m forever grateful for all she’s done.

You have a great cover of Tame Impala’s song Elephant on the EP. What other current bands are you listening to these days?

Any plans for shows this summer?

We just played the funnest show yet opening for the Lonely Biscuits at the Stone Pony. August 1st we’re playing Neptune City Day. We’re hoping to play some music festivals and also some shows in Brooklyn.

You can pick up Sleep Deprivation on iTunes and CD Baby.