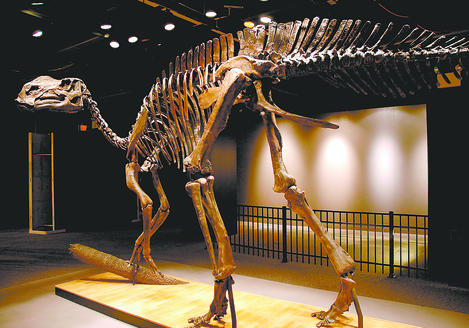 Meet our State Dinosaur—Hadrosaurus foulkii.  He was the first nearly complete dinosaur fossil to be found in the world!