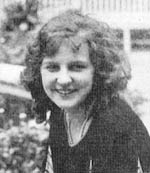 This year’s pageant is being held on Sunday, September 14th. We’ve only had two official Miss Americas from New Jersey but the pageant couldn’t be more at home here in the Garden State!

The very first Miss America was chosen in Atlantic City in 1921. Her name was Margaret Gorman and she was from the District of Columbia.

Margaret was in the “Inter-City Beauty” Contest where candidates were chosen by newspapers in their hometowns. The amateur prize, the Watkins Trophy, was awarded to Gorman and Miss South Jersey, Kathryn M. Gearon placed second, receiving $100 in gold. In a final event later that year, Margaret Gorman won the Grand Prize: the Golden Mermaid trophy.

She came back to Atlantic City the following year and was expected to defend her positions. However, with the Washington Herald having selected a new “Miss Washington, D.C.1922,” Atlantic City Pageant officials didn’t know what new title to award Margaret. Since both titles she won in 1921 were a little awkward (“Inter-City Beauty, Amateur” and “The Most Beautiful Bathing Girl in America”), it was decided to call her “Miss America.”

She is the only Miss America to receive a crown at the conclusion of her year.

Two of our very own Miss New Jersey winners have gone on to hold the title of Miss America. Bette Cooper won in 1937 and Suzette Charles who did not win, but took over the title for the last 7 weeks of Vanessa Williams reign in 1984. There was also one unofficial Miss America: Dorothy Hann (1932).  The pageant wasn’t officially held from 1929 through 1932 though there were pageants in Wildwood.