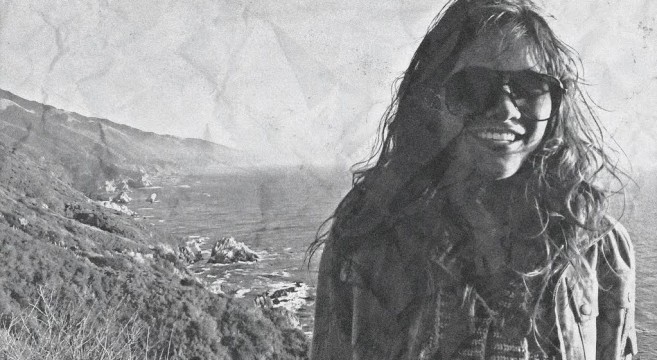 When I first heard ‘Glass House,’ the recent EP by Francie Moon, I was struck by a contradiction of sorts. On one hand there was this sweet, high-pitched bluesy voice that though she sounded young also conveyed genuine emotion. On the other hand this voice rode on a wave of distorted guitar with an ample sampling of garage, low-fi fuzz and tinges of punk and 60s psychedelia thrown in for good measure. Needless to say I was immediately hooked.

Francie Moon is the stage name of Sussex County musician Melissa Lucciola. A true DIY artist with great talent, she plays a variety of instruments and showcases them impressively on “Glass House.’ She describes herself as “just a girl from New Jersey doing her thing.” Her thing recently including touring the whole country while writing two EPs and making her own merch. That is dedication. 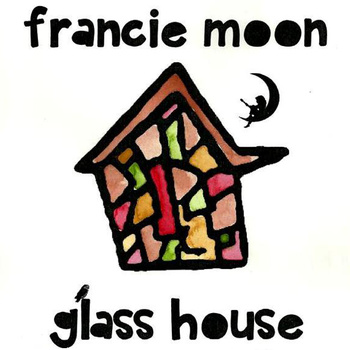 ‘Glass House’ opener “West Virginia” sets the mood with some breezy guitar and that incredible distorted vocal. A homage to travel, one could picture a Kerouac-like road trip with the windows rolled down while Moon sings “as the hills rolled on, so did us.” “Gave It All I Could” is a faster tune that introduces elements of punk with Moon yelling the title and angrily howling into the microphone. You can feel the exasperation when she sings “I gave it all I could and it was never enough.” The song is wonderfully chaotic slowing only for a few lines near the end “One day I won’t be so selfish, one day I will think of you.” Things slow down a bit for the title track. Over a slinky, bluesy guitar Moon drops the distortion and lets her voice come through sans effects for the most part. The EP’s closer “Rain Coming Down” is a great little rocker that you will find yourself tapping along to while singing the lyrics in no time. The song and album ends perfectly with a gorgeous distorted swirl of multi-layered guitars.

I cannot wait to see what is next for Francie Moon.

How did you come up with the name Francie Moon?

There is no special way I came up with the name “Francie Moon.” It literally popped in my head one day and I really liked it. I never heard of the name Francie before and so I don’t know where it came from.

‘Glass House’ has a great low-fi,distorted vocal, garage quality. What appeals to you about this sound?

I currently record everything by myself. Part of the lo-fi sound is the equipment that I use but another part is that I love a little crackle and peak here and there. I like it because it gives the effect that these instruments are being played LOUD and are falling out of the speakers. I know there are better ways to do that without having such a mess of noise but I can’t accomplish that by myself. To be honest, “Glass House” contains the cleanest recordings (besides acoustic tracks) I have ever done.

You play many instruments. Did you play all of them on the record?

Yes, I played all the instruments on the record. I’m not opposed to working with people in the future though! I just get too excited when I start a song and have to finish it then and there.

You have been touring almost non-stop this year. What do you love about touring? Hate?

Yes I have been touring a lot this year. I really love the places I get to see because of touring. I’ve literally seen almost all of the U.S. because of it, from the Grand Canyon to Mount Rushmore to Niagara Falls. It is a really special thing I can do that I don’t take for granted. I also get to meet some of the most amazing people and revisit them over and over again, as well as see my family in other states, which brings me so much happiness. Some downsides to how I’ve been touring this year is that I don’t get a lot of alone time, I have a really hard time writing new music while traveling so much, and a couple times I’ve been really sick with nowhere to go and rest to get better. But the good always outweighs the bad which is why I was on the road so much this year!

Do you find time to write songs on the road?

No I don’t really find the time to write new stuff on the road. My day usually consists of driving or spending time with the people I stay with.

You’re from Sussex County. What do you like about living there?

I am from Sussex County. I love the area. It is absolutely beautiful and it seems to be the lost land of NJ. Nobody seems to know it exists or how beautiful it is. And I make it my mini-mission to let the world know that North Jersey is definitely where it is at. My town mostly consists of farms, swamp lands, a state forest and borders the Delaware River so you can only imagine how beautiful it is there.

You can pick up all of Francie Moon’s music including new track ‘Lay It Down’ on her Bandcamp page here.

2 Responses to Francie Moon – Bluesy, Garage Rock From the Woods of Sussex County