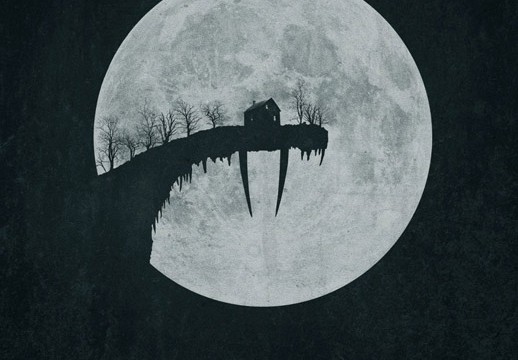 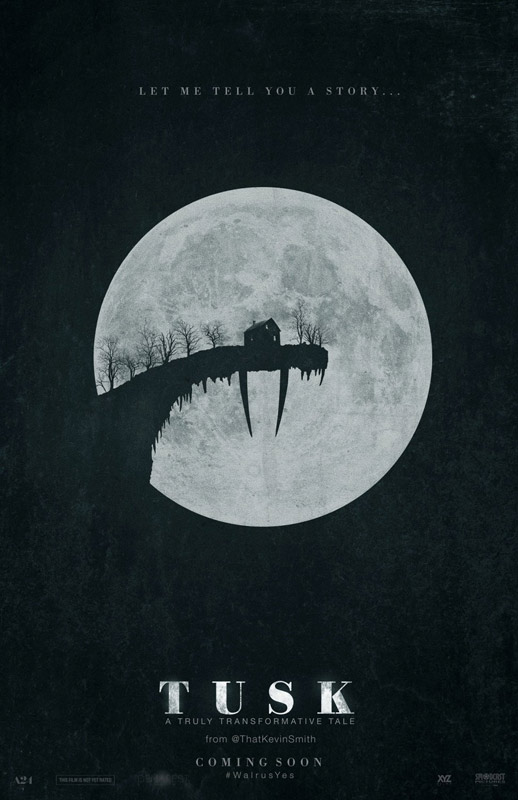 Tusk, the new movie by writer-director Kevin Smith is not like anything he has ever done before. In fact its not really not like anything that anyone has done before. It has echoes of Misery and The Fly and the dialogue and humor have a familiar style that Kevin Smith fans are used to but that’s about it. What little I knew about the movie could in no way prepare me for the actual experience.

After seeing so many movies that feel stale, cliched and repetitive, I place a high value on films that are creative, unique and push the envelope. Tusk definitely fits the bill. While I really appreciated how original and different this movie was, it is definitely not for everyone. Before seeing the film, I noticed that the genre categories were comedy, drama and horror. This is a strange combination that can be very awkward if it is not done correctly. I am happy to say that it is actually done very well here.

The story centers around Wallace Bryton, a podcast star with a huge following who is obnoxious, opportunistic, self-centered and ready to take advantage of other people’s misery at the drop of a hat but still kind of relatable character thanks to it being played by Justin Long. He travels to Canada to interview a youtube viral video star but that falls through and he is left searching for a good story before he returns to the states. He finds an advertisement from old man Howard Howe played exceptionally well by Michael Parks. The entire movie hinges on this performance in fact, of a man who starts out like a benevolent grandfather telling stories about his life experiences and then transforms into a kidnapper with truly disturbing plans.

Once Wallace is Howe’s prisoner the movie goes from being just creepy to truly horrific and the film’s timeline jumps around to mix comedy and drama and to give you more information about the characters as well. Haley Joel Osment plays Teddy Craft, his podcast partner and friend and Genesis Rodriguez is his girlfriend. They begin their journey along with police detective Guy LaPointe, a role played by an uncredited superstar to find Wallace after receiving a couple voicemails from him. Will they find Wallace in time is the question.

During the closing credits of the film the audience gets to listen to the podcast where Kevin Smith and another guy come up with the idea for this film. We get to hear the very inception of the concept and how they hashed it out. How they discuss it however seems a bit strange as they basically have the attitude that the whole thing is one big joke. Ironically they put more depth and humanity into the actual movie than you would expect from listening to the podcast but you can’t help thinking that they are still mocking it. That leads to the only weakness of the film which is the mildly awkward tone and story resolution toward the end. It’s almost like Wallace got what he deserved but we still feel sorry for him at the same time but neither of those emotions feel 100 percent genuine because the film isn’t sure it wants to commit itself to its own absurdity.

In conclusion, Tusk is an extremely original movie and breath of fresh air in an industry that increasingly wants to play it safe. Im not sure many people besides Kevin Smith would have the clout or guts to bring something this crazy to the screen but it’s good that he did. He keeps saying that he is going to retire from film making but if he can bring us more movies that are this unique and different I really hope he doesn’t.