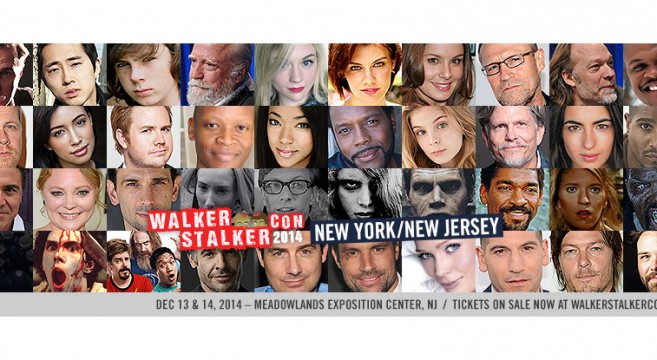 Walker Stalker Con, the convention dedicated to the most popular show on television, comes to New Jersey on December 12th & 13th. 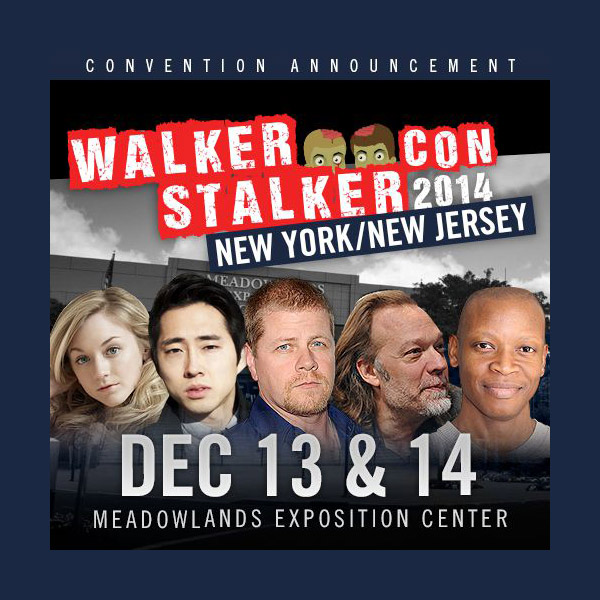 Love The Walking Dead? You can meet cast members and other celebrities as well!

Check out these entertaining and informative panels:

FORGIVE & FORGET?
David Morrissey / Scott Wilson
Hershel and the Governor together again. Can they let bygones be bygones?

FORGIVE & FORGET? 2
Michael Rooker / IronE Singleton
The reunion we never got to see. Can T-Dog and Merle play nice?

CLEMENTINE OF TELLTALE’S TWD
Melissa Hutchison
Star of the multi-award winning games that are just as gripping as the show itself.

THE DAY THE MUSIC DIED
Emily Kinney
Let’s band together in support after Beth’s tragic, senseless death in the mid-season finale.

EVOLUTION OF THE ZOMBIE
Dr. Arnold T. Blumberg
A discussion about how zombies and zombie movies have changed and reflected culture over the years.

NIGHT OF THE LIVING DEAD
Streiner / O’Dea / Schon
Barbara, Johnny, and Karen from the Romero classic that started it all!

DAY OF THE DEAD
Nicotero / Sherman / Alexander / Cardille
Get Greg Nicotero’s take on his first movie, with Sarah, John, and Bub the Zombie.

Zach Galligan
Star of the classic 80’s horror comedy Gremlins and a host of other movies. Bright light! Bright light!

Oddities
See strange and macabre artifacts as we talk with folks behind the fascinating Discovery Channel show.

Cosplay Panel
Q&A with cosplayers and a contest to win prizes and passes to a future Walker Stalker Con.