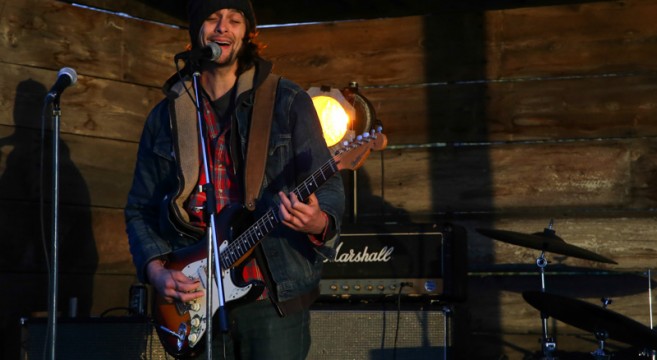 Usually you can find Joe Cirotti fronting hard rock power trio Only Living Boy with his incredible electric guitar skills. However, his prodigious talent is not limited to the loud stuff. Case in point is his magnificent new album Mood Swings (And Other Inconsistencies in the Quality of Life. No need to banter words. This is a work of genius. Cirotti played all of the instruments on the album and what he has created here is a stunning opus on love and loss, heartbreak and hope.

After a short clip of fuzz and screech reminiscent of Robert Johnson, the opener “Lost and Found” with its synchronized guitar intro and Cirotti’s crooning vocals set the mood nicely. The short, introspective “Call It What You Will” displays stark, raw beauty. The gorgeous “Parked and Sleeping” is an older song that benefits from multiple voices in harmony and some sensational slide guitar. “Simple Guy” takes a look at relationships and has the great lyric “I like dogs, I like cats, sometimes I like people.”  This song, like many others on the record, have a theatrical quality to them. I could easily see many of these songs on soundtracks. 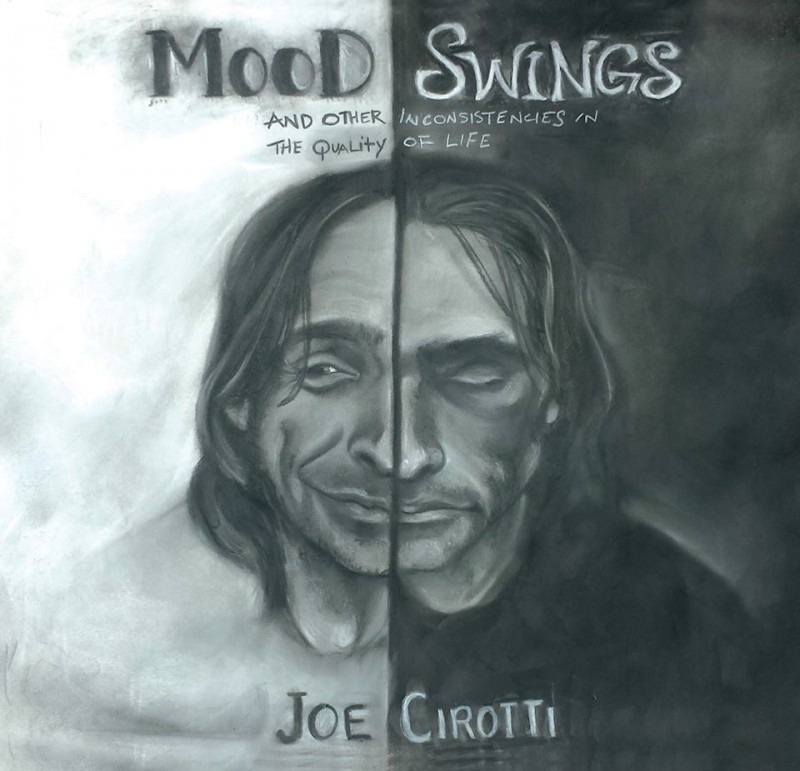 “Drunk Again” is a true masterpiece and it left me in awe from the first time I heard it. A breathtaking song on relationships and struggling to maintain them. The strings here are amazing. I’ll just go ahead and say this is my favorite song of 2014. Cirotti sings “I’m drunk again, spinning with my pen, this was only meant to write never to say” and the emotion is palpable. If you don’t feel something after listening to this song you better check for a pulse.

Songs like the lighter, melodic “Swinging” and the haunting “Lose Yourself” give Cirotti a chance to show off his numerous vocal and musical acumen. “Burn in Hell” is a seven minute diatribe to a former lover. Think Dylan’s “Idiot Wind” and you get the idea. You feel the sting in lines like “I’d like to think you had a heart in your chest” and “You are the only regret I ever had”. Powerful stuff.

Mood Swings is an impressive achievement. Cirotti has created a wonderful album of folk music that sounds both fresh and vital while paying homage to the great folk records of the past. He pours his heart and soul into these songs and it shows.

You can pick up the album on Bandcamp and iTunes.

I had a chance to ask Joe some questions.

Do you approach your songwriting differently when writing for yourself versus writing for Only Living Boy?

I write songs pretty much the same way.  The music usually comes first.  I hum a melody and put words to it.  Some take a while, others happen in less than 20 minutes.  I wish they all came to me that quick and natural but they just happen when they happen.  There are two songs on this record I wrote five years ago, and some I wrote a week before I had it mastered so I cant really say how long it took.  It was a long time coming.

You play all the instruments on this record. Did you have to learn any new ones specifically for the album?

I didn’t learn any new instruments specifically for this album but I wish I had.  Haha.  The fiddle is my newest obsession.  I picked it up two years ago.  I got it to a point where I was comfortable putting on the recordings but I’m still a long way off from where I want to be with it.

How long did it take you to record the album? Did you do any improvising in the studio or did you pretty much have the songs ready to go from the start?

The writing might be done when I’m ready to lay it down but the instrumentation definitely is not.  I’m constantly trying different licks, harmonies, drums and the like.  Most of that stuff happens on the spot.  The one song’s drum sounds were made from a road case (kick drum), and a conga with a package of popcorn on it (snare).  Every solo on it was improvised.  They always are, or at least start that way.

The cover and name suggest duality. Is this a part of yourself that you wanted to explore on the album? Did you learn something about yourself during the recording?

The theme of duality isn’t necessarily something I wanted to explore, but more of something I cant avoid.  It’s something that makes its way into every aspect of my life and music.  Its something that can really get in my way, but by the time I completed this album I learned it didn’t have to stop me as it so often does.  I also learned imperfection can be quite beautiful and I prefer it.

A lot of great folk music is coming out of New Jersey these days. What is it about folk that speaks to people?

I’ve always loved folk music.  A man and his guitar or whatever.  There’s nothing to hide behind.  Its naked.  Its so very human.  Its emphasis on lyrics and melody make it so easy to be truly heard by almost anyone from any walk of life. It’s personal.  It can make the singer vulnerable or strong, wise or naive, wounded or healed.  It has been speaking to people about all manners of human conflict, both internal and external for a very long time.