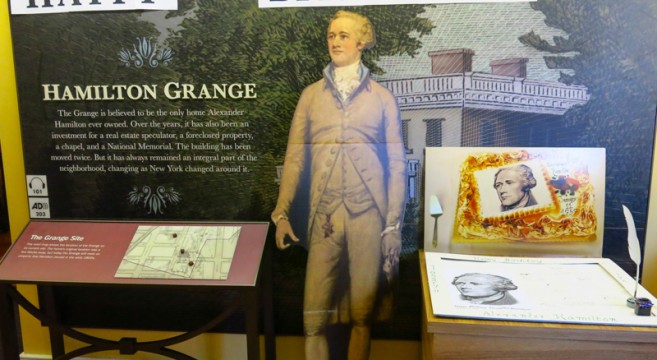 Alexander Hamilton’s birthday is today!  He would have been 258 years old.  He is one of our country’s founding fathers and one of the more important ones for New Jersey.  He saw the potential for our state to be a manufacturing powerhouse through Paterson’s Great Falls.

There’s an informal gathering at Hamilton’s Grave today at 1:00pm to mark his birthday.  The grave can be found at 74 Trinity Place in New York. Members of the AHA Society and clergy from Trinity Church will bless Hamilton’s grave following the church’s 11:15 service. 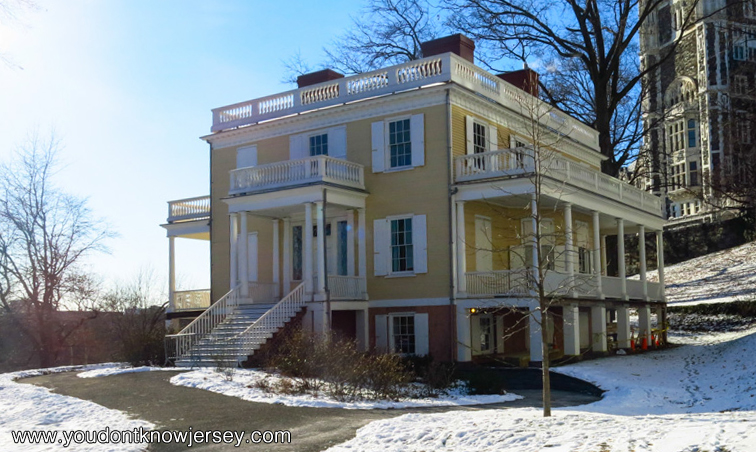 We visited Hamilton Grange National Memorial yesterday which was the only house that Hamilton ever built and owned.  Unfortunately, it was only finished two years before Aaron Burr killed him in the famous duel in Weehawken but Mrs. Hamilton lived there for many more years after Alexander’s death. Even the more current history of the house is interesting and part of the tour.  The house was moved twice.  Once across 143rd Street and the second time it was hoisted and moved over this church to move it into its current position on 141st Street! 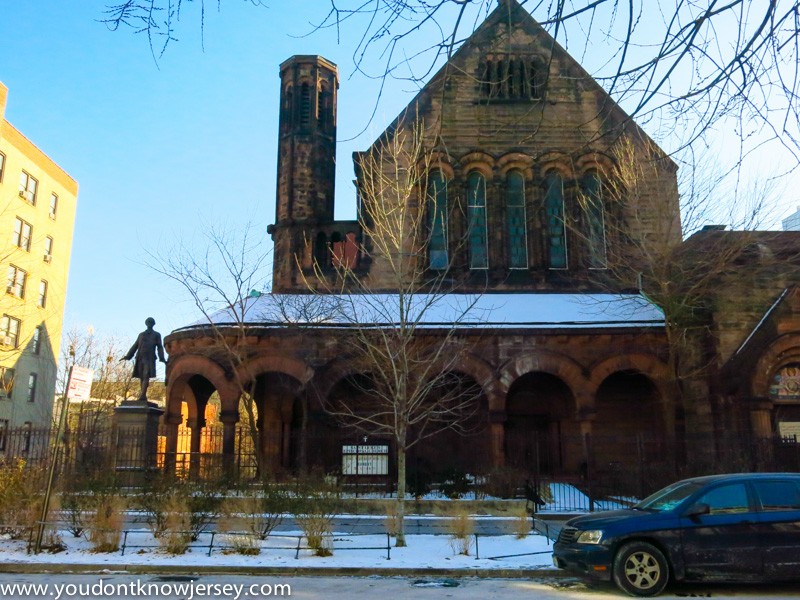 The Alexander Hamilton Awareness (AHA) Society has had events all weekend celebrating his birthday. Yesterday, along with tours of the Grange (which are held regularly), they had readings of some of Hamilton’s love letters to his wife and an earlier one that was to another romantic interest!  The readings were skillfully presented by Mariana and Thomas Oller. Ms. Oller is Chair of the Alexander Hamilton Awareness Society (the AHA Society) and Associate Curator of Special Collections at Wellesley College. Dr. Oller is Vice Chair of the AHA Society and a Lecturer in Writing at Boston University. Hamilton was a poet and talented writer who wrote wonderful letters to one of New Jersey Governor Livingston’s daughters as well as to Elizabeth Schuyler, the future Mrs. Hamilton. 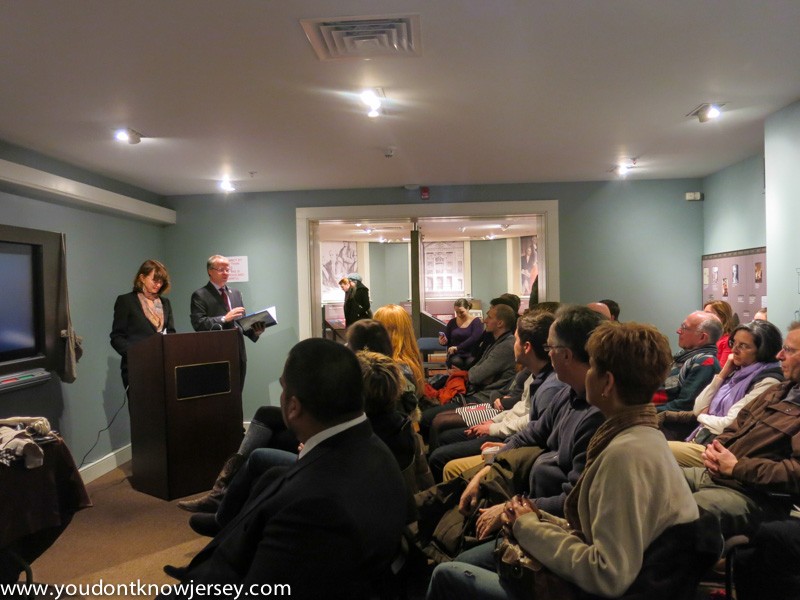 The Ollers began with a letter to Catharine Livingston whom Hamilton was trying to woo into marriage. Later, we heard Hamilton writing to John Laurens with a very detailed list of his requirements in a wife and asks Laurens to find him such a lady. Finally, we get to letters to Elizabeth (who Hamilton calls Betsey) Schuyler, whom Hamilton courted in 1780 and married in 1889. With the war raging in the United States, they didn’t see much of each other after meeting in Morristown so these letters are what kept the couple going through many years of being apart. The last letter in the reading was the most amusing.  It was written after the birth of the Hamilton’s first child and it had a completely adorable description of his infant son, Philip.  The description was written in a such a way that it sounded like Hamilton was assessing a young man for marriage to a lady which was cute because we (and the letter’s recipient) all knew that he was, in fact, speaking about a six month old infant. 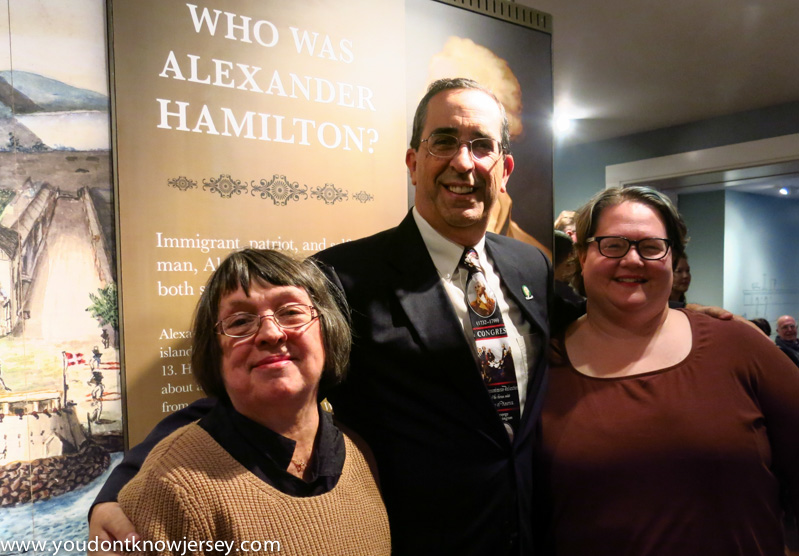 The AHA Society and it’s founder, Rand Scholet, always puts on enlightening presentations and we recommend that you follow them on Facebook so you can attend some of their events, too.  They tend to focus around Hamilton’s birthday in January and the anniversary of the Weehawken duel that ended his life in July.

Check out the pictures from our visit to Hamilton Grange: 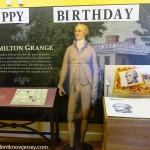 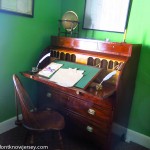 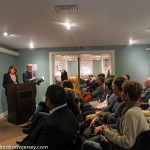 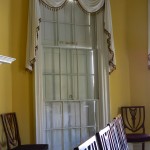 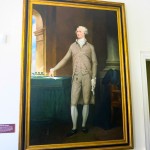 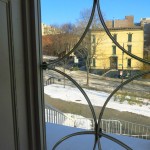 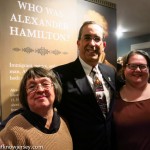 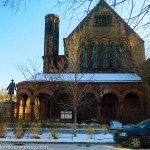 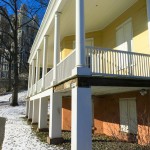 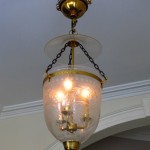 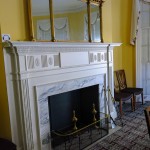 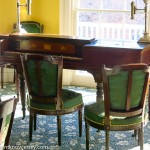 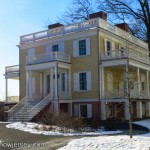 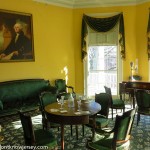 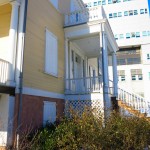 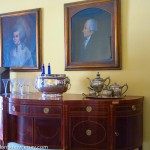 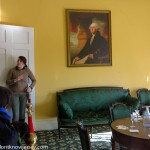 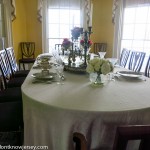