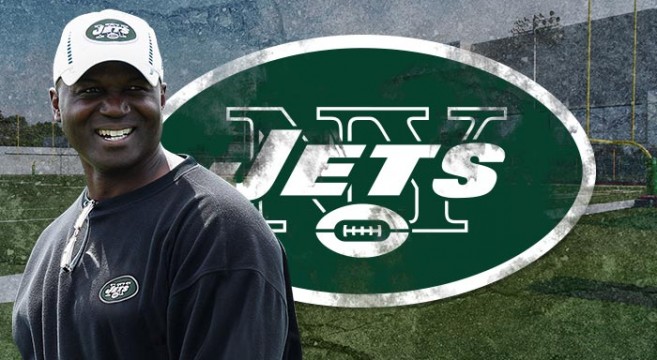 They may be called the New York Jets but we all know that the team plays and practices in New Jersey.  And, Todd Bowles is coming home to coach them this year.

Elizabeth native Bowles has been coaching around the NFL for fifteen years.  He comes to the Jets from the Arizona Cardinals where he was the Defensive Coordinator for two seasons.  Before Arizona, he had been with the Eagles, Cowboys, Dolphins, Browns and was a Secondary Coach for the Jets in 2000.  He had a few years of coaching college teams after playing in the NFL with the Redskins and 49ers.

He first started playing football with the Elizabeth High School Minutemen in the late 70’s where his coach, Don Somma, remembers that he was already playing and learning like a coach-in-training.