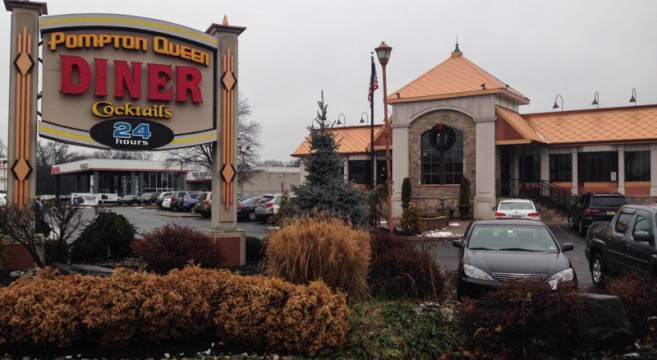 YDKJ’s fifth anniversary is this year and upon reflection we noticed that our diner coverage was severely lacking.  There’s a reason for it, though!   The major dilemma was trying to figure out how to cover a New Jersey institution with upwards of a twelve page menu—a menu which duplicates most other diners by about 95 percent.  So, we came up with a plan of attack.  We’d choose six iconic menu items and allow for a few wild card items.  The wild card items could be something out of the ordinary on the menu, something that we happen to know the diner is famous for or something we’re just in the mood for.

Our first stab using this method is the Pompton Queen Diner in Pompton Plains. It’s a large diner right on Route 23 North in Morris County. It’s got lots of parking and plenty of seating but there are still lines at peak meal times so plan your visit accordingly. Prices are appropriate for a diner so you shouldn’t get a shock when the check comes.

The six standard menu items (three breakfast and three lunch) are as follows: 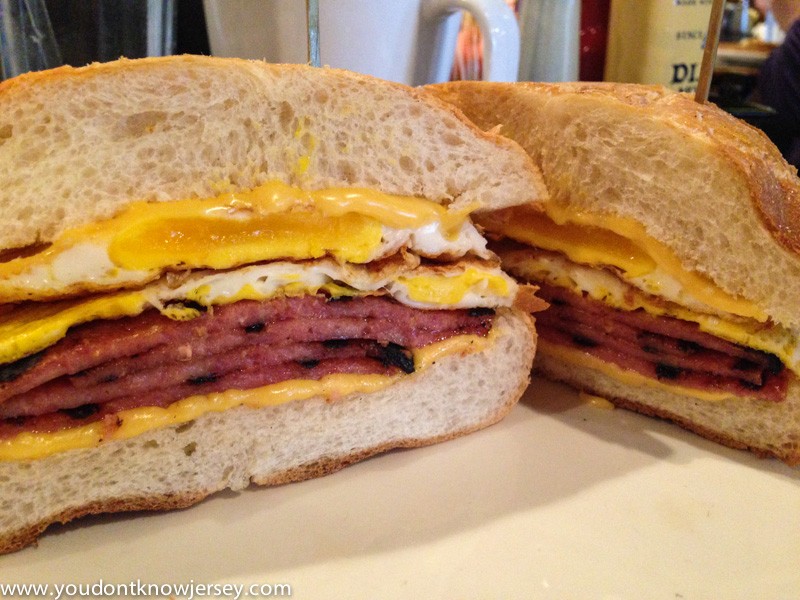 Taylor ham/pork roll, egg and cheese on a hard roll.

The meat was grilled a little bit too much for my taste.  It was charred and had a lot of carbon taste.  The eggs were nice and fresh tasting, though, and the cheese was proportionately correct with a slice on the top and bottom of the fillings.  The roll was toasted which made a lot of crumbs.  It was a good sandwich but not terrific.  Points off for too much char and crumbs. 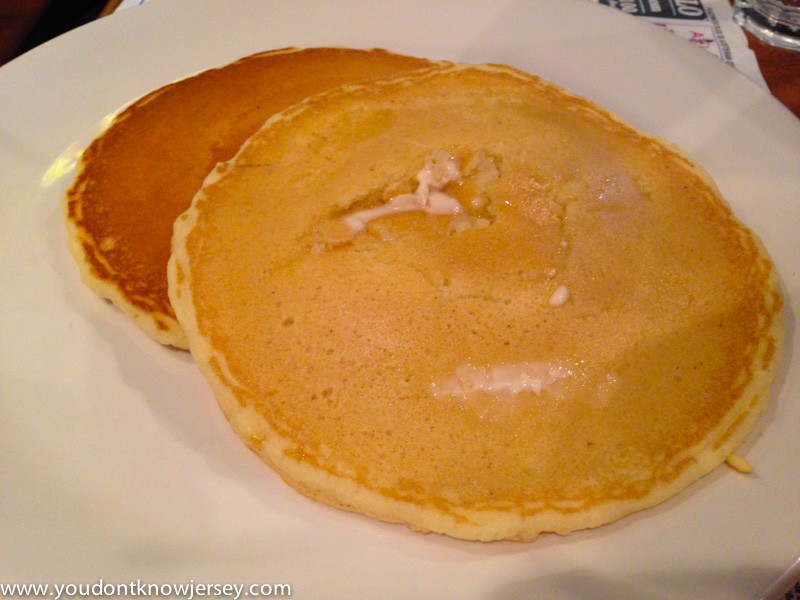 These were some really good pancakes.  Light and fluffy but didn’t fall apart upon application of butter and syrup.  Our only disappointment was the use of syrup packets.  It feels like you just can’t get the right amount of syrup when you have to open all those little packets. 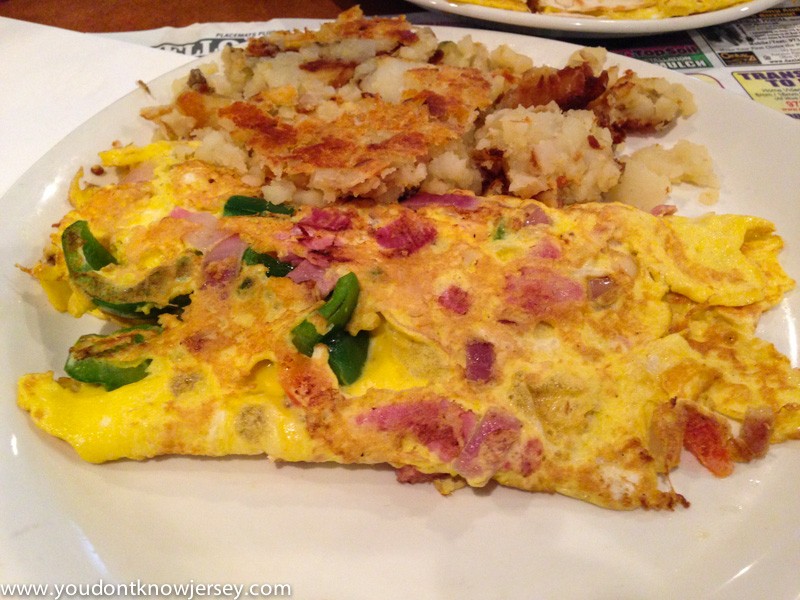 The veggies were cut very large and didn’t really soften enough during the cooking process.  I appreciated the large chunks of pepper but some of them were still pretty raw.  The home fries, on the other hand, were amazing.  They had a really nice creamy consistency on the inside and had lots of crunchy bits where the potatoes met the grill. 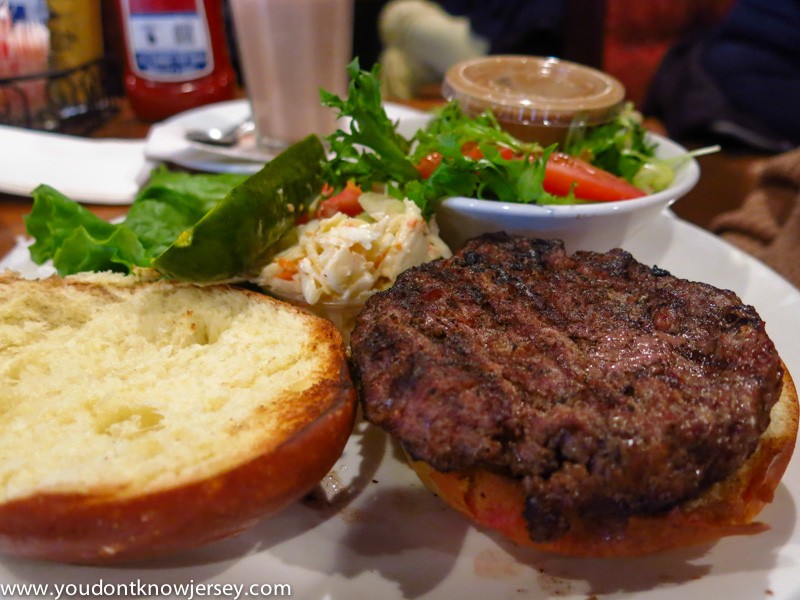 Burgers all come on a brioche roll here which we love.  The extra doughy-ness soaks up all the burger juices and makes the whole sandwich easier to eat.  They cooked the burger perfectly medium-rare which is a surprise for diners.  We find that we sometimes have to ask for something a little pinker than we actually want because many diners overcook their burgers. This burger was pretty terrific!

It came with fries, onion rings or a side salad which we thought was a nice touch.  Side salads are a bit of a dying breed.  This one had lots of crisp veggies.  We also got a pickle and cole slaw with all the sandwiches.  I like a dry cole slaw and this one was pretty good.  Not too sloppy and nice and flavorful. 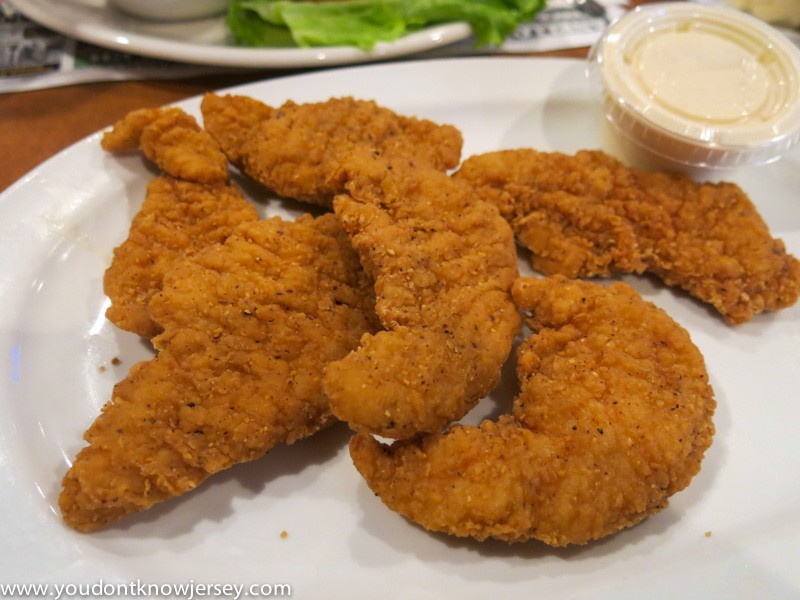 The chicken was very moist and the fingers almost tasted like they were baked.  Is that even possible?  They weren’t greasy at all and the coating was a little spicy and pretty light and airy.  I really liked these! 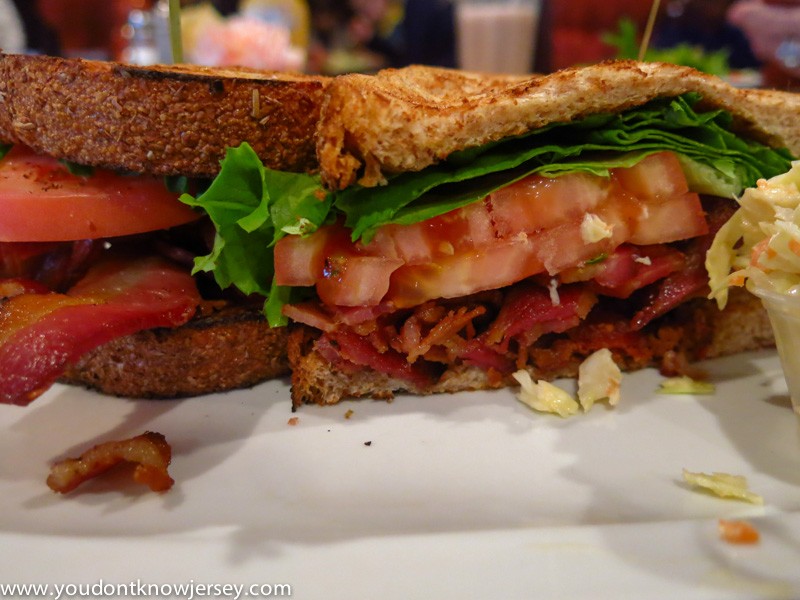 The bacon was nice and crisp without falling apart from being over-cooked.  It came with two large tomato slices and a normal amount of lettuce.  Sometimes diners pile on the lettuce like it’s going out of style.  This was just right.  The bread was also really great.  It was toasted but still spongy and able to keep the fillings in the sandwich for the most part.

And, the wild card menu items for the Pompton Queen were: 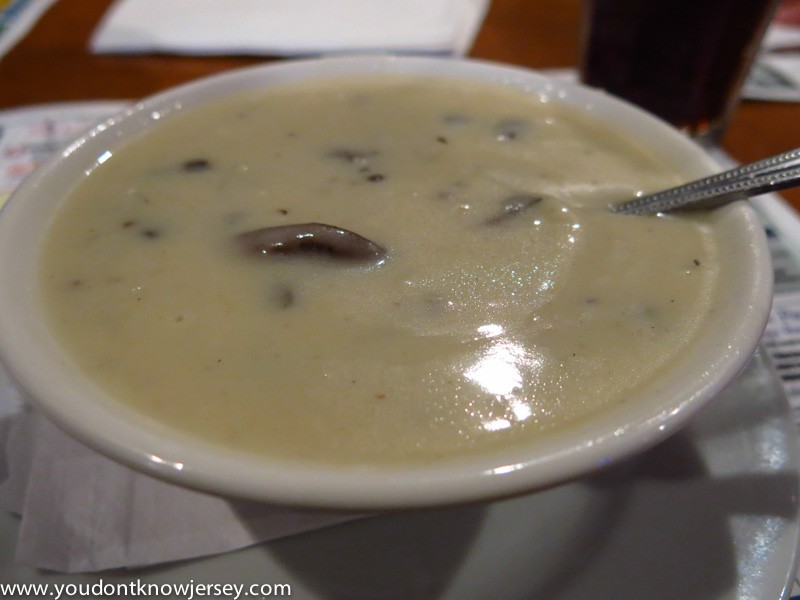 Nice and thick and chock full of mushrooms.  I added a little pepper for some more spice but this was already a pretty nice cup of soup. 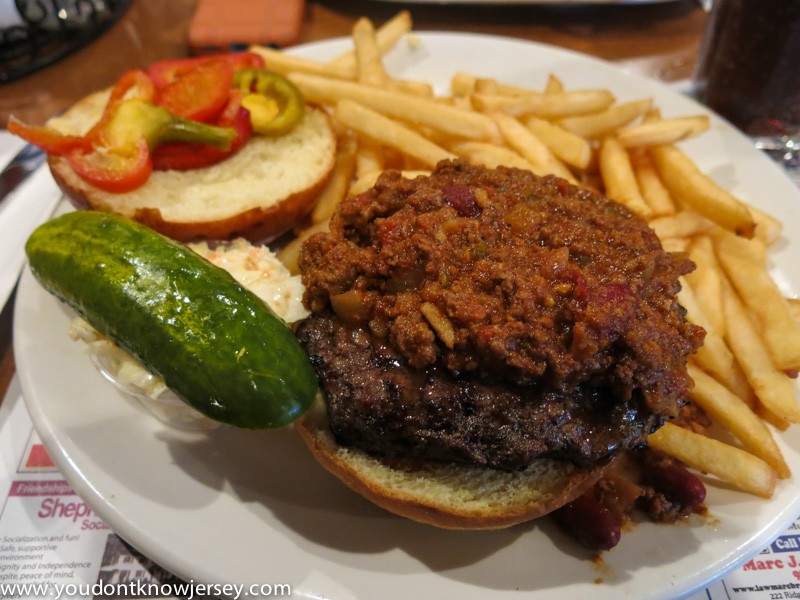 Those peppers were no joke! The chili was good, too.  It tasted homemade with a very fresh tomato taste and lots of tasty ground beef.  We tried the fries with this burger and they weren’t anything to write home about.  Just standard fries. 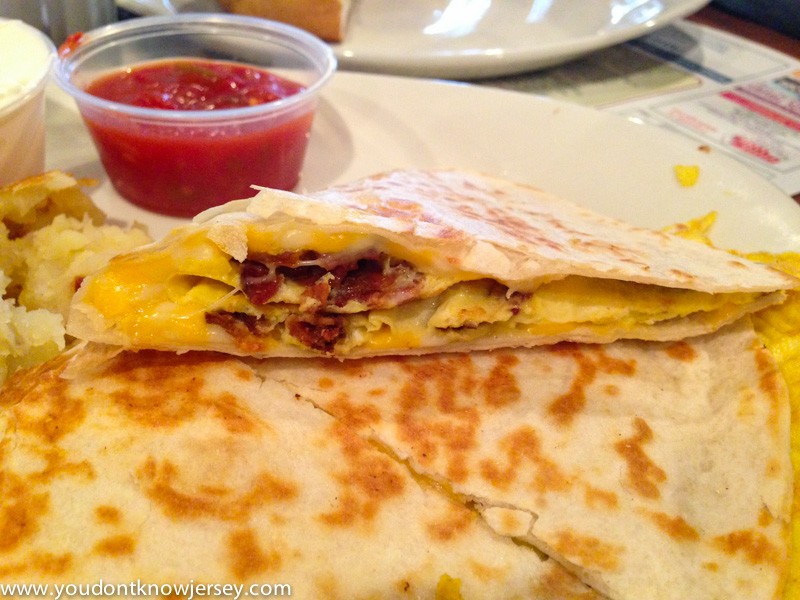 And, the breakfast quesadilla.

I love that more and more diners are adding these to their menus.  This was one thick with eggs, cheese and bacon.  We ordered this as kind of a breakfast appetizer so we could all try a wedge and all three of us liked it!  It came with sour cream and salsa and I would have been happy to just have this whole thing for breakfast.  More breakfast quesadillas, diner owners!

The Pompton Queen Diner is right on Route 23 North.  If you’re heading north to Butler or Wanaque, this is a great place to stop for a bite before you reach your destination. And, like any good, classic NJ diner, it’s open 24/7 all year round.

Check out all the pics from our visits to the Pompton Queen: 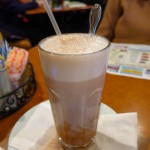 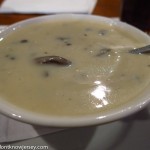 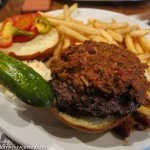 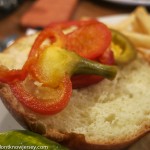 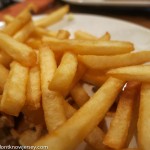 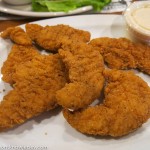 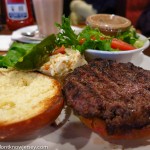 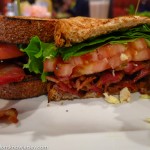 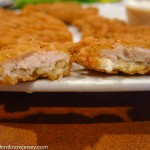 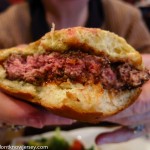 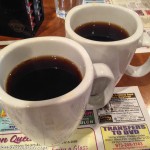 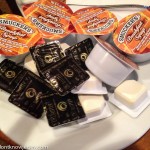 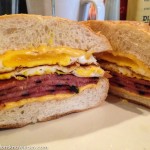 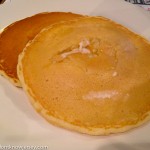 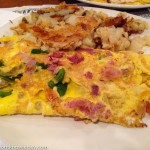 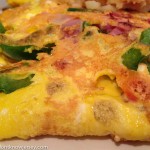 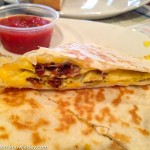 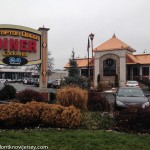 And, click here to read more of our food articles.