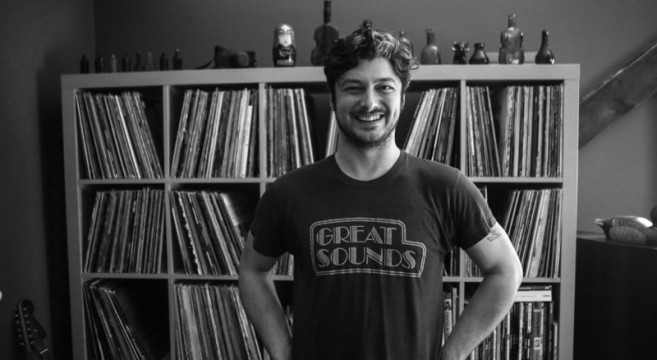 We visited Conor Meara, of the Trenton-area band Roy Orbitron, at his house recently and being a lover of vinyl I was drawn immediately to his record collection. Like a moth to a flame I went right over and started to take a look. I was a kid in a candy store perusing all the titles. Like-minded people who love the vinyl record, think it sounds better than any other format. There’s just something special listening to a record. I have a kindred with those who treat the actual process of taking the record out of the sleeve, putting it on the platter and really listening to a record as a sort of ritual.

While Conor played some Muddy Waters during lunch on one of his two turntables, I had an idea. I’ve always liked interviews of people with huge record collections. Jersey musicians talking about their music collections?  That’s a series I’d want to read so why not make it a reality here on YDKJ? 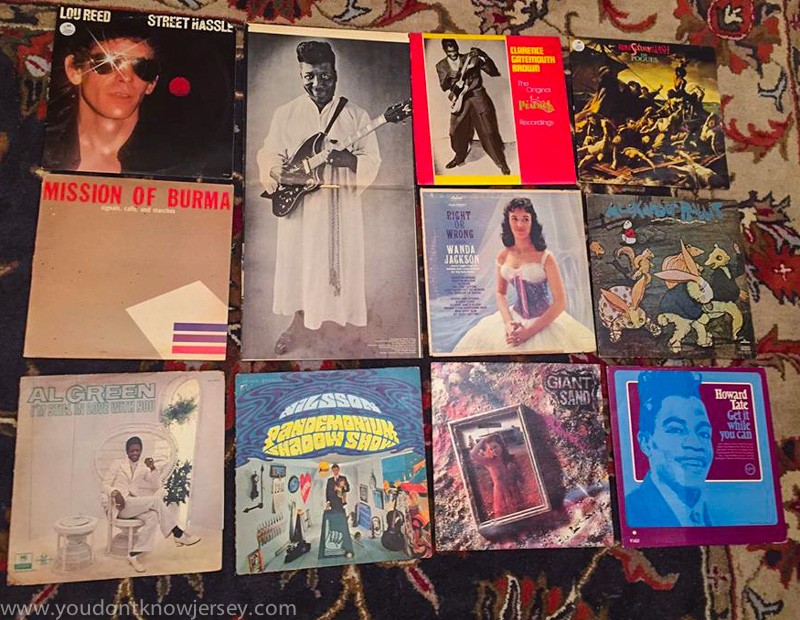 Pictured above are some of Conor’s favorites. Lou Reed – Street Hassle,  Muddy Waters – Electric Mud, Clarence Gatemouth Brown – The Original Peacock Recordings, The Pogues – Rum, Sodomy & the Lash, Mission of Burma – signals, calls, and marches, Wanda Jackson – Right Or Wrong, Alexander Rabbit [Conor says: “psychedelic band from Trenton whose guitar amp I use!”] – The Hunchback of Notre Dame (The Bells Were My Friends), Al Green – I’m Still In Love With You, Harry Nilsson – Pandemonium Shadow Show, Giant Sand – The Love Songs, and Howard Tate – Get It While You Can.

Do you remember the first vinyl record you bought?

I bought a copy of Elvis Costello’s “My Aim is True” on blue vinyl with a Stiff Records label at the Golden Nugget flea market in Lambertville in high school before I had a turntable. It was $12.

What was the last one you bought?

Giant Sand’s “The Love Songs” and “Giant Sandwich” from a guy on eBay. 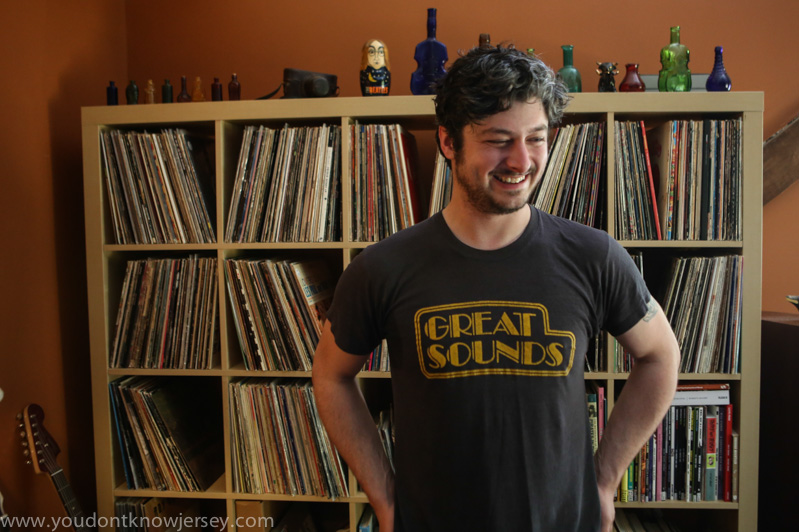 What makes a vinyl record special?

I like giving every record a full A-side spin then deciding whether it’s worth flipping over at the moment. And sometimes you start with the B-side. Each time you put one on it’s a different experience and if you want to listen to more than a side of music it becomes interactive. So you listen actively and hold the big artwork and liner notes in your hand and play a role in the experience. Can’t do that in the car though. CDs all the way in the car, and they’re all scratched.

Do you like scouring the used bins at record stores?

Yeah! That’s all I do unless I’m looking for something specific and I might just jump on Discogs or eBay. If I want something new I’ll always try to buy it directly from the artist.

What album would you like on vinyl but is too rare or expensive?