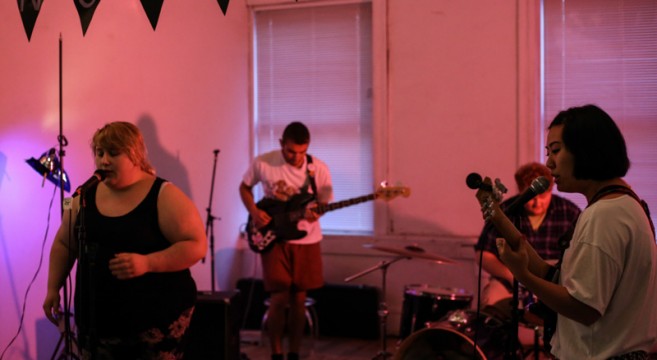 In the short description section of Secret Mountain’s Facebook About page, it says “We’re less twee than people say we are.” I get that. There are the complementary, intertwining vocals of Heeyoon and Alex and some jangly guitar sounds; but before I read that, “twee” wasn’t really something that popped into my head as a descriptor for Secret Mountain. In listening to the NJ band’s latest release, Shift Happens, I got much more of that indie rock, maybe kind of slackery, vibe common to several of my favorite bands like Pavement, Built to Spill, and Modest Mouse. 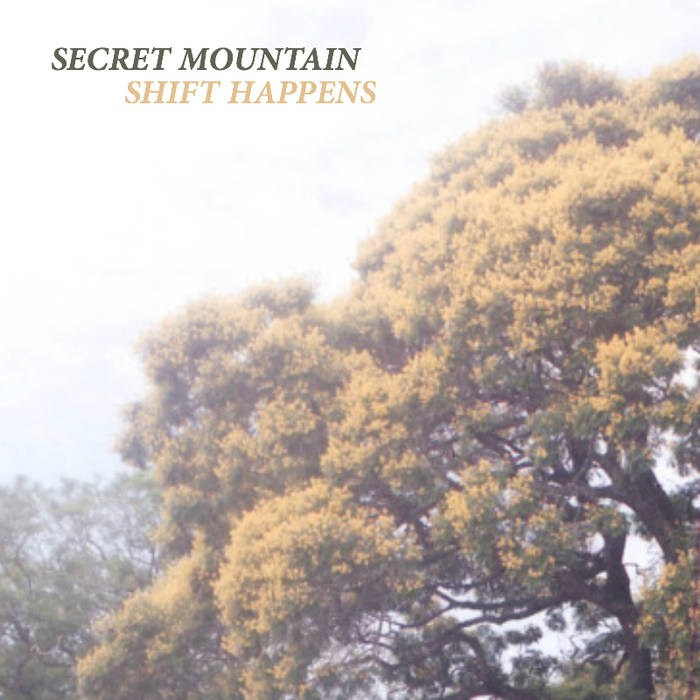 The set opens with “Trip,” a short description of an indoor trip involving kaleidoscopic patterns and faces in the wood-grain of a door. It’s quirky, punk-influenced indie pop rather than psychedelic rock. It’s that quirkiness that gives Secret Mountain their charm, I think. In the way that Doug Martsch can sing about an Albertson’s stir-fry and make you feel someone’s loneliness, Secret Mountain can use “Burrito Breath” as a metaphor for all of a person’s insecurities.

“Fiona” is the tale of an escaped puppy having a lot of fun without her doting owner. Musically, it’s got kind of a bouncy, tropical feel; and it’s funny, with lyrics like, “Here’s the trick: She can’t drive stick.” But there’s again that lingering feeling of insecurity from someone so dependent on her pet. It’s a similar situation on “Okay,” Heeyoon singing, “When I’m alone, I turn to stone, but when I’m with you … I feel okay.” 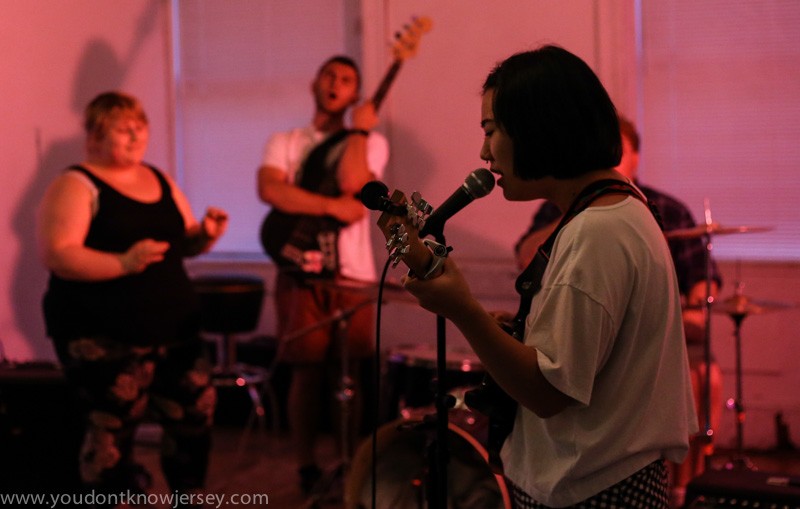 “Benny + Also Jets” turns that feeling around as Heeyoon sings this time, “I had to get away cuz I don’t want to see your face.” It’s kind of the pop-rockiest song of the set and a standout.

The EP’s closer, “Sleepwalk” is a six-minute jam (C’mon, how not twee is that?) that gets back to that idea of not being able to live without someone: “What’s the point of falling asleep, if I can’t see you in my dreams?”

Secret Mountain sing about the slightly absurd or even the mundane and get at some universal feelings – loneliness, insecurity, being done with a relationship. Musically, especially the guitar work of Heeyoon and Ray, the band are a little left-of-center as well. There are elements of punk and lo-fi along with jangles and twangs that recall some of my favorite indie guitar pop. Together, it all adds up to something endearing for its fun and its honesty.

I wouldn’t necessarily call it “twee,” though.

Shift Happens is out now and you can pick it up on their Bandcamp page. You can also check out their recent appearance on Carriage House TV.

about the author: Jim Appio

Jersey Shore dad who spends way too much money and time feeding my obsession with music. Cool Dad Music