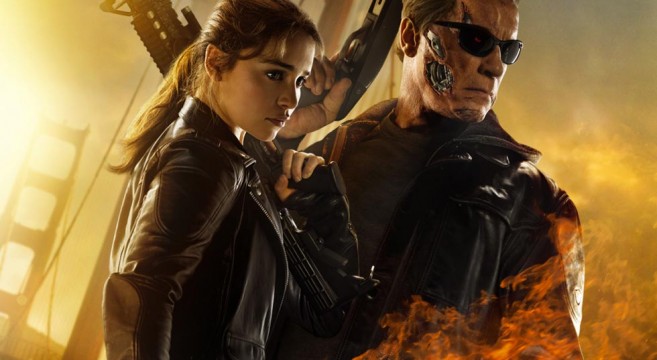 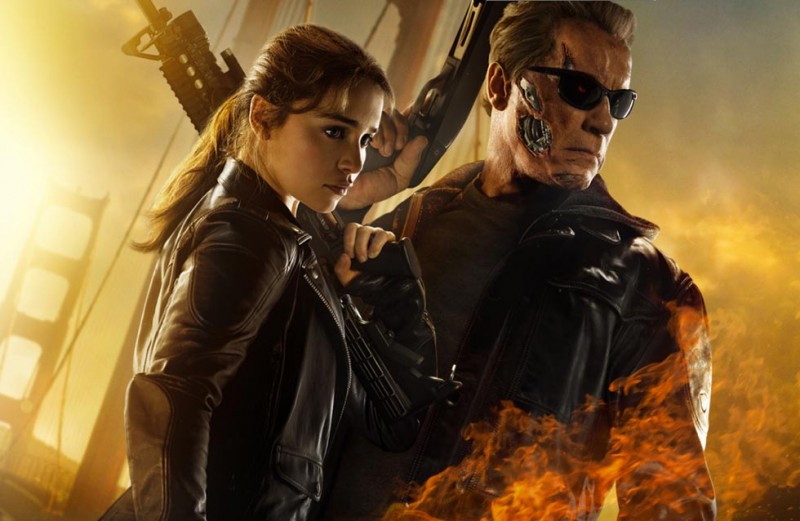 Going to see the new Terminator movie was like a roller coaster ride for me. The first thing that I saw before even going to see the film was the 22 percent that it received on Rotten Tomatoes. And despite the fact that I avoid seeing trailers and commercials at all costs I had seen some snippets of scenes. While they didn’t reveal anything in terms of the story, they also didn’t make the movie look that good either. 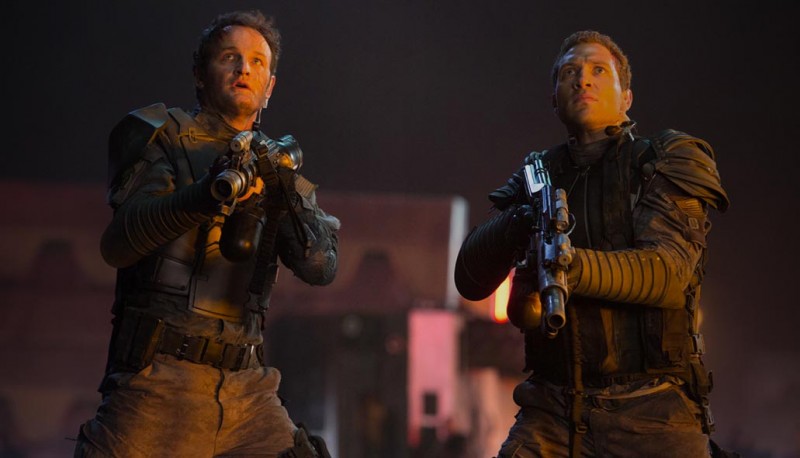 Early in the film, it plays like its going to be a remake of the 1984 original and at one point it even proceeds like a scene by scene remake. I began to get a sinking feeling like it was going to be the same story and a direct remake of the original like one of those pale remakes of the 2000s. Then a great thing happened… something was different from the original, very different. 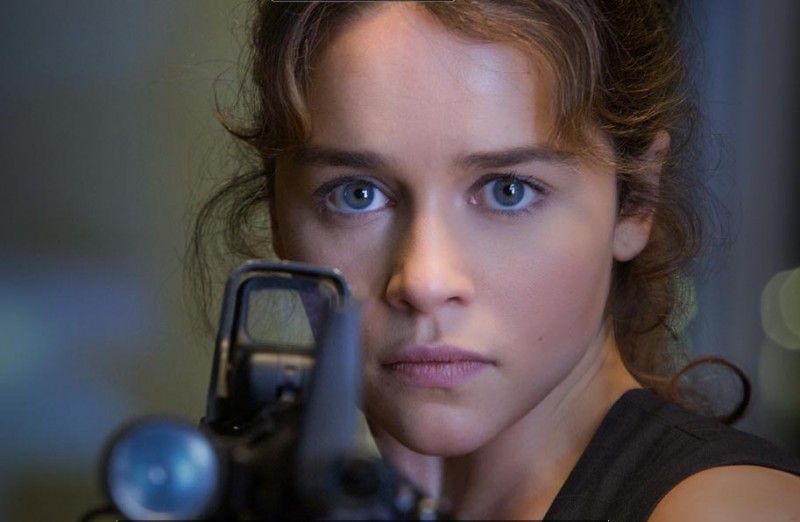 From that point on, the changes start coming fast and furious keeping Terminator fans such as myself off balance and on our toes. The plethora of characters that are brought in from the first two films in the franchise is very cool and done in a creative and fun manner. Like with ‘Jurassic World’ the makers of this movie really care about the franchise and the characters and they have decided to deliver a new experience to the audience by adding to the story rather than retelling it. 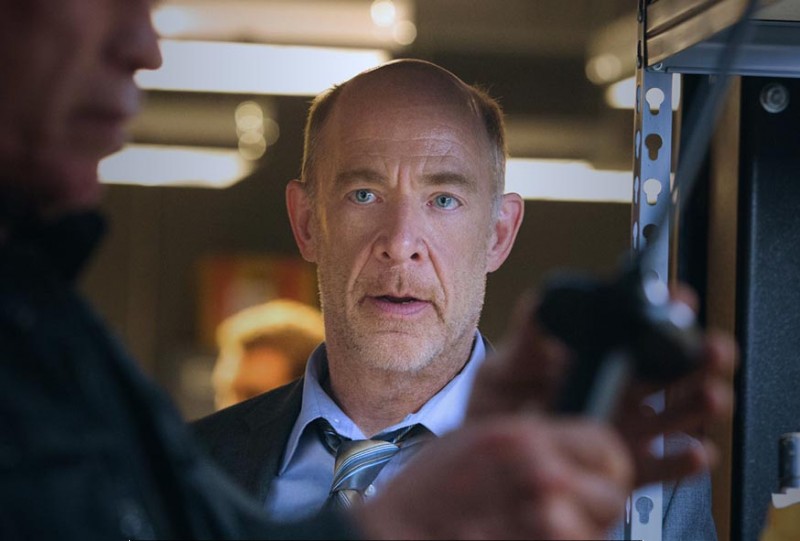 Arnold Schwartzenegger is back in his most famous role and he nails it in a seemingly effortless manner. It is really impressive how he maintains the consistency of the characters personality and brings humor to him without mocking the character outright. You may wonder how he can still play the Terminator being that he is getting older now but you will see that the movie has a clever and inspired solution to that problem that makes sense. 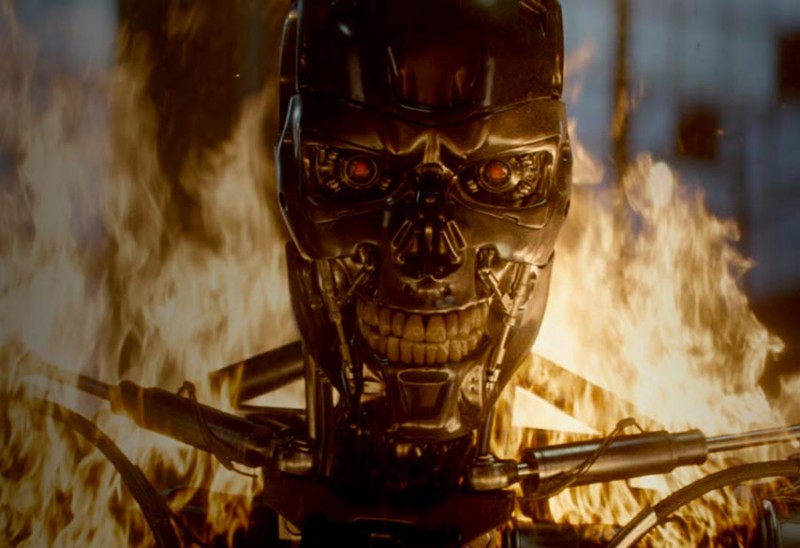 Other roles have been recast with new actors such as Emilia Clarke from Game of Thrones taking over Sarah Conner and Jai Courtney as Kyle Reece. I’ve heard people comparing Clarke to Linda Hamilton but that doesn’t make sense because the Sarah Conner in this film has different life experiences so there is no longer a direct comparison to be made. Courtney, who has been excellent in the Divergence series is closer to the Kyle Reece that we know and his performance is solid but I still like Michael Beihn’s Kyle Reece better. I don’t want to give anything away about the story but Jason Clarke’s John Connor is the most interesting that his character has ever been in any of the previous installments. 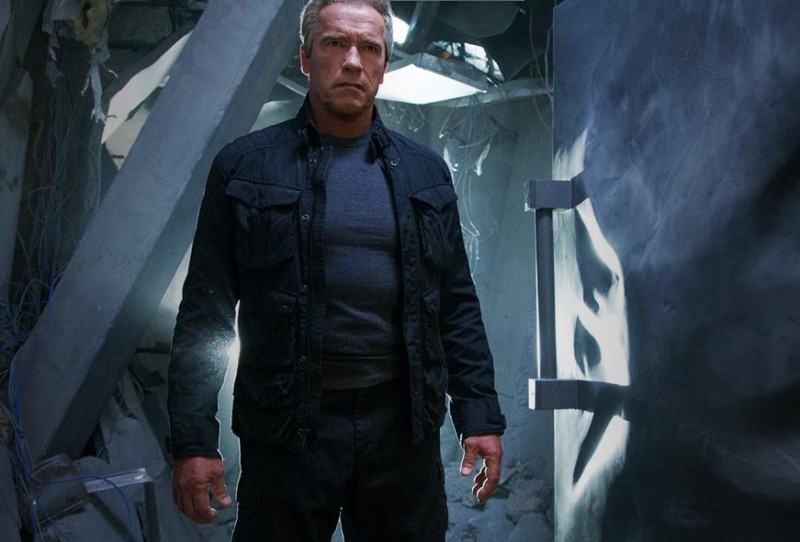 The films weakest part is the third act where it leads into a final battle and climax that is fairly predictable and some of the solutions are a little too easy. The special effects and action scenes are still very good though. Also if you think too much about some of the time travel related plot points you may wind up thinking that certain things don’t make sense. But really these flaws pale in comparison the the positives and what this movie has accomplished. This is the best Terminator film since Terminator 2 : Judgement Day.

Pin It
Previous post:
Happy 4th of July! Next Post:
New Jersey Musicians With Their Record Collections: Jeff Marino of The One and Nines