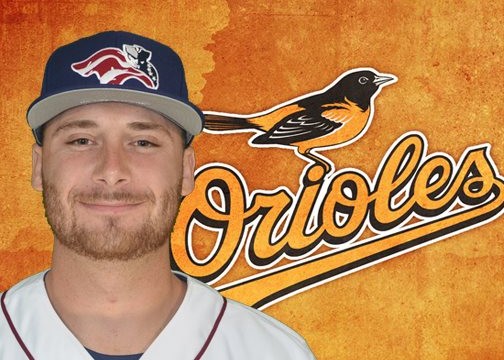 The Somerset Patriots lost an All Star player today but the Baltimore Orioles organization gained a left-handed pitcher in Kinnelon native Sean Bierman. He was assigned to their Double A Team Bowie Baysox which is higher than he’s ever made it in an MLB club before.  He’s only made it as far as a High-A team for the Rays, White Sox and Braves before so this is a definite vote of confidence by the O’s sending him straight to Double A.

I’ve been an Orioles fan basically my whole life so it’s always a happy day when I can write about them because of a Jersey connection.  Sean’s got a double NJ connection! Born in Kinnelon on October 20, 1988, he was drafted by the Cincinnati Reds in the 42nd round of the 2007 MLB June Amateur Draft straight out of Kinnelon High School and then, after graduating from the University of Tampa, was drafted again by the Tampa Bay Rays in the 10th round of the 2012 MLB June Amateur Draft. Since 2012, he’s bounced around the minor leagues and some independent leagues until he landed this year with the Patriots.