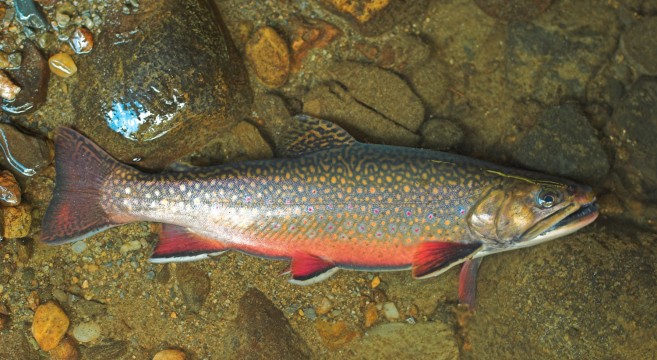 Get to Know Your NJ Symbols – Brook Trout

The brook trout, also known scientifically as the Salvelinus fontinalis, is the New Jersey State Fish!

The eastern brook trout is the only one of the four species of trout stocked by the New Jersey Division of Fish and Wildlife each year that is native to New Jersey. Based on results of a genetic-research study conducted in 2008 by the NJ Division of Fish and Wildlife, it was been determined that New Jersey’s wild brook trout are descendants of the native species that colonized this area of the northeast following deglaciation about 12,000 years ago. Pretty cool!

Pin It
Previous post:
Movie Review – Bridge of Spies Next Post:
On the Road With NJ Band The Front Bottoms