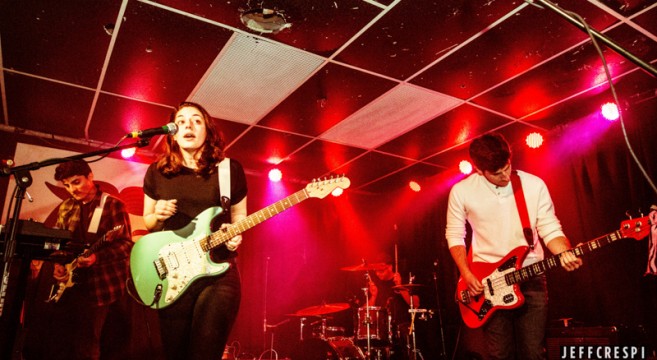 Getting to Know The Vaughns and Their Excellent EP ‘tomfoolery’

There are a few bands that I have frequently heard great things about but never really got around to listening to in depth. I am guilty of that with Springfield band The Vaughns. The alt-rock quartet released an awesome self-titled debut EP in 2014 and have been doing a lot of shows all around the area in the past year. They have been making a name for themselves and for good reason. They are clearly a formidable talent on the New Jersey scene. 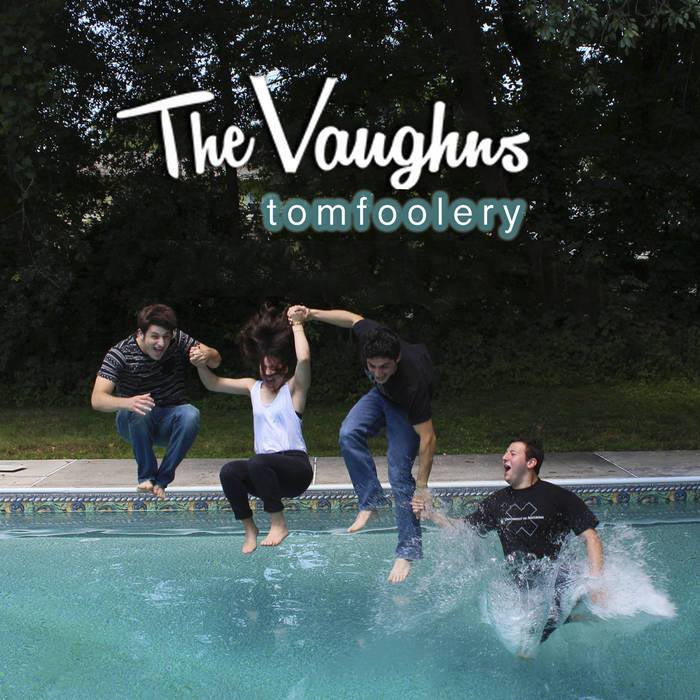 Case in point is their recently released follow-up EP tomfoolery. When I first listened to it I had to stop what I was doing and just pay attention. The voice, the musicianship and the power here pretty much blew me away. This band just formed in 2014? Could have fooled me. The new record is a polished, mature piece of excellent indie rock.

The opener “What’s Cooking” is a rocking song and gets things going at a quick pace. Lead singer/guitarist Anna Lies has a confident and captivating voice and the drumming here by Ryan Kenter is powerful. The guitar work is also intriguing with a bluesy feel. The excellent track immediately shows a jump in sophistication from their first EP while still, quite frankly, kicking ass. “Please Don’t Take Offense” slows things down a bit at first and gives Lies a chance to display her vocal range. The bass by Tom Losito is up front in the mix and is outstanding. The fast paced rocker “Mr. Skully” has single written all over it. The guitars really shine here from David Cacciatore. Great hooks. Awesome chorus as well. Closer “Willoughby” starts ferociously with a great wall of guitar and experiments with tempo changes throughout the song. An amazing track that ties all of what preceded it together.

Mixed and mastered by Jesse Cannon and tracked by Mike Oettinger, the record sounds fantastic.

You can pick tomfoolery up at the band’s Bandcamp page.

The Vaughns answered some questions below.

How did you guys get together and come up with The Vaughns?

We were trying to come up with a band name for a while and it came to a point where we were just joking around and throwing names. Ryan (our drummer) was watching Billy Madison and repeated the line from the movie where the bus driver, Chris Farley says, “That Veronica Vaughn is one hot piece of ass.” He then said lets name our band Veronica Vaughn and we decided on shortening it to The Vaughns.

tomfoolery has a heavier sound than the first EP. Was that a conscience decision or a natural progression for the band?

Our self-title EP was basically our learning phase. At that point we were still fine-tuning our sound. So yeah, tomfoolery was a natural progression to the sound that we really felt emotionally was ours.

The new EP sounds terrific. Can you tell us a little about the production?

Thank you! We are so incredibly happy with how it came out. Tomfoolery was recorded at Cannon Found Soundation in Union City, New Jersey. We worked with Mike Oettinger and Jesse Cannon on the E.P. Mike and Jesse both helped with preproduction, Mike did all the tracking and all that jazz in the studio and Jesse did the mixing and mastering. They are both masters of their crafts and they deserve more recognition. So shameless plug, if you are looking to record music go see Mike and Jesse!

What is the biggest lesson you learned between your first EP and the new one?

Well, in terms of recording the process was definitely more strenuous. We did way more work rehearsing and cleaning up every single part of our songs. Mike had us focus on the consistency of our dynamics, as well as, fine tuning harmonies, solos and drum fills.

How many jumps into the pool did you have to do before getting the cover picture?

The day we took that picture we were actually taking band promo shots. It happened to be the middle of the summer and probably the hottest day of the year. As we got back to Ryan’s house after taking the pictures, Anna had the crazy idea of us just jumping into the pool together with all of our clothes on. Of course we had to get a picture for it and it happened to come out so cool that we used it for the E.P cover. We jumped in the pool twice to try and get the best shot but it ended up that the first picture was the best one so we used it.

You have been doing a ton of shows. How do you keep your performance fresh and exciting?

Different venues and lineups really make a difference when it comes to playing shows. We like to create new setlists depending on the environment of the show. So that definitely helps. Also, we make sure to focus on audience interaction, and as lame as it sounds, we have a great time on stage and that makes our shows fun to watch.

What is next for the band?

We have a couple shows coming up soon. We are playing 10th Street Live in Kenilworth, NJ the day before Thanksgiving and we are playing the Meat Locker in Montclair the day after Thanksgiving for a Bernie Sanders support show.

In the next couple weeks, we will be shooting and releasing our first music video for “What’s Cooking” and then start to explore into the mysterious music scenes outside of NJ including Philly and NYC. We will also be continuing to spread “tomfoolery” everywhere on the radio, internet, etc.

Five Words to describe The Vaughns?

Pin It
Previous post:
Things to do in Jersey – November 20 21 22 2015 Next Post:
A Visit to Tamerlaine Farm Animal Sanctuary in Montague