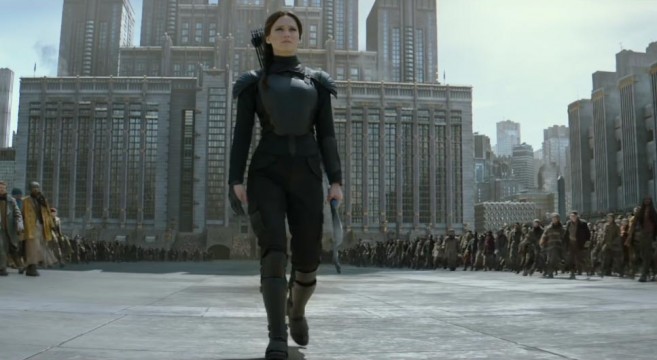 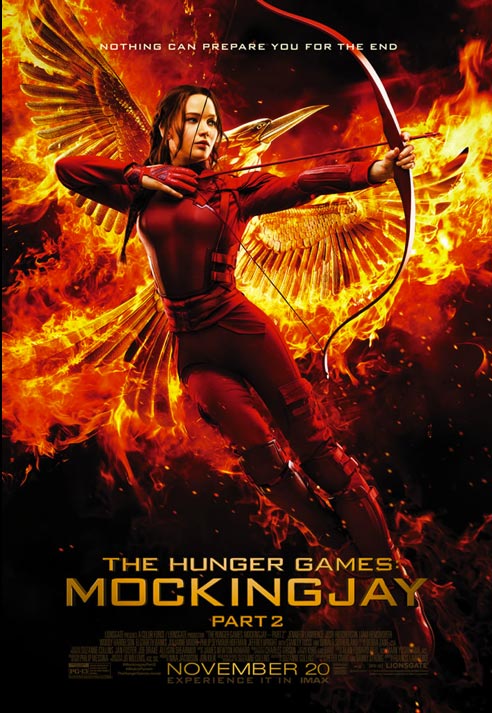 The Hunger Games : Mockingjay – Part 2 is the final installment in the Hunger Games franchise. This is the second part of the third and final book in the series. As with the other 3 movies, everything about this film is top-notch. The acting, the special effects, the plot etc. The only problem : it’s only half a movie. 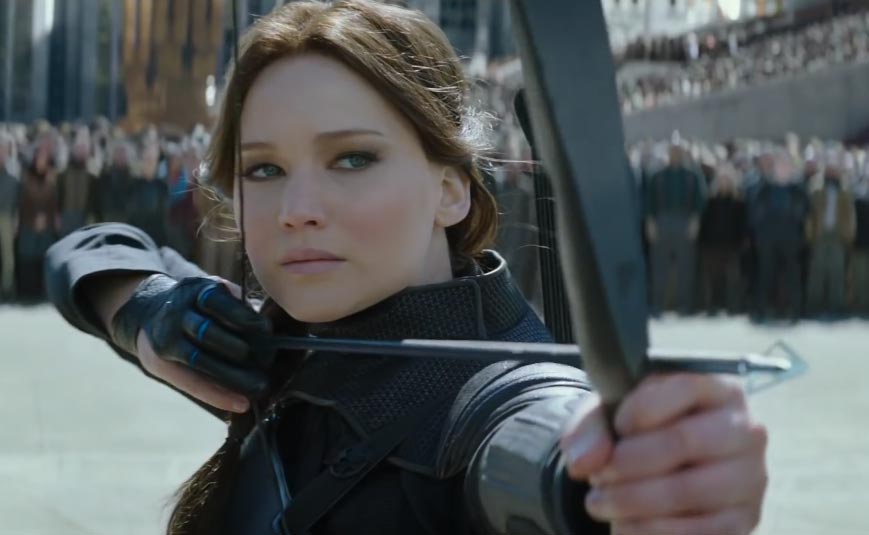 As I mentioned in my review of ‘The Hunger Games : Mockingjay Part 1′ breaking the final books of these popular young adult series’ into 2 parts has become commonplace now. But is the reason so that they can fully tell the final chapter because its just too much for one film? No, the reason is pure greed. I think starting with the Harry Potter series, someone figured out that if it’s the final book in a series then the audience has to see the last one, or at least especially the fans. This is now a way to force people to buy 2 movie tickets and to guarantee 2 successful films instead of one. It also drags the merchandising on for another year or whatever the gap between the movies is. 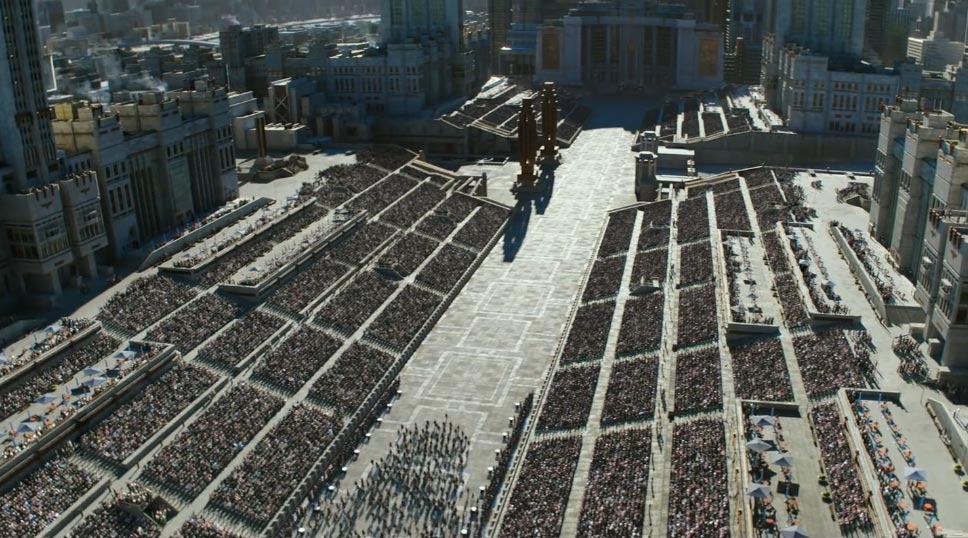 The problem is that it is a horrible detriment to the story. If Mockingjay had been one movie then it would have been great. Instead what they have delivered the audience is frustrating experience of watching 2 halves of a story. For the audience, each part feels very unfulfilling. On top of that, the entire tone and pace feels weird as scenes are stretched out with padding and excessively long scenes. You find yourself thinking : Why are they taking so long here. And its not like they are adding value to the added time they are spending, they are just wasting it. 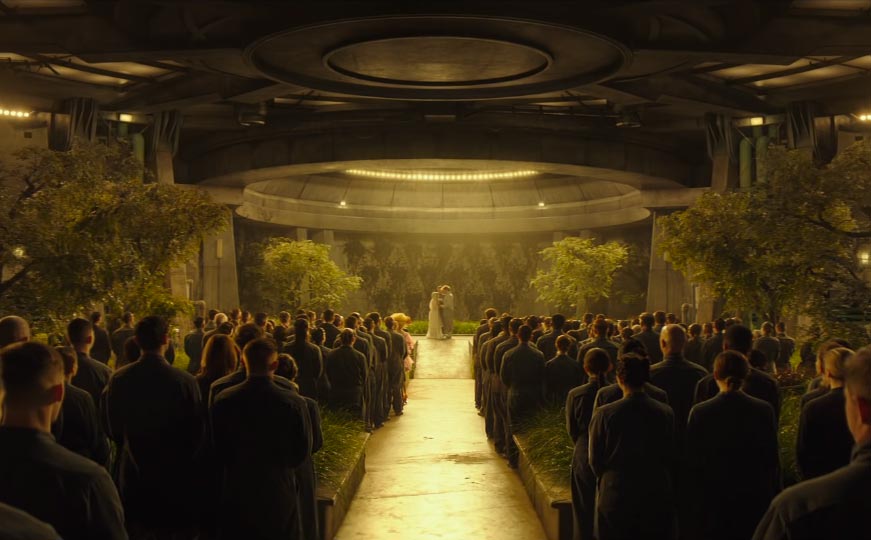 This problem is not specific to The Hunger Games obviously. It has been done with ‘Harry Potter’, ‘The Twilight Saga’ and the most excessive version of turning ‘The Hobbit’ into not two but three films and long ones at that! I’m sure it will be industry standard from now on as it is a simple easy way of doubling your money. But it’s a lousy situation.

Imagine if ‘Return of the Jedi’ had been split into Parts 1 & 2. Both parts would have left the audience unsatisfied. There is the awkward feeling of something missing with this new structure and I hope in the future that at least some franchises do the right thing and have a one book, one movie finale. Its the right thing to do instead of putting audiences through this mess. 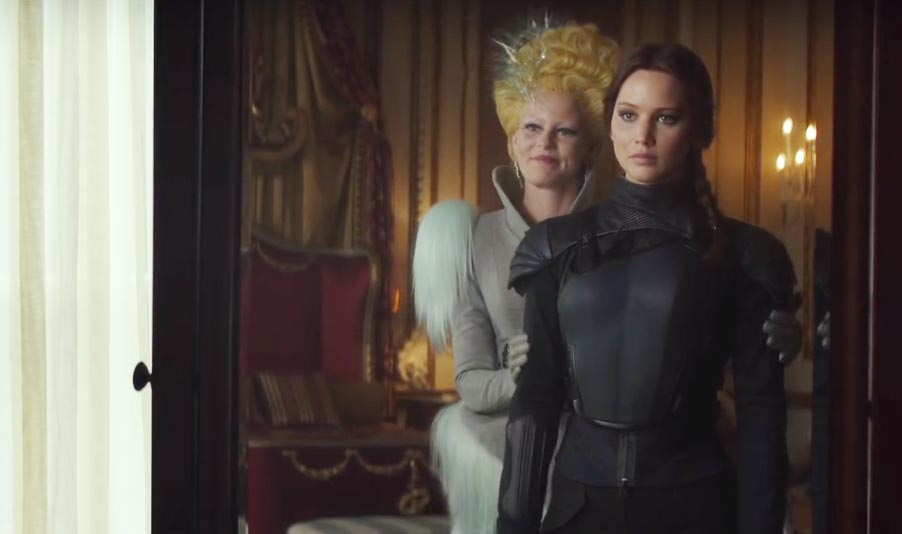