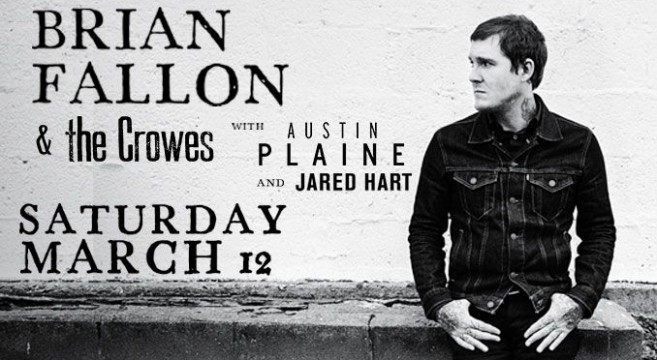 Born in Red Bank and raised in Hackettstown, Fallon decided to begin work on Painkillers immediately following the announcement of The Gaslight Anthem’s hiatus. His prior solo projects were made under alternate band monikers, Horrible Crowes and Molly & The Zombies. He decided to return to his roots with this album and craft personal songs with just an acoustic guitar. He was known to use a variety of song-writing techniques while with The Gaslight Anthem to try different musical directions and expand his range.

There are only a few tickets left to this show and it’s going to be a good one so buy your tickets now!