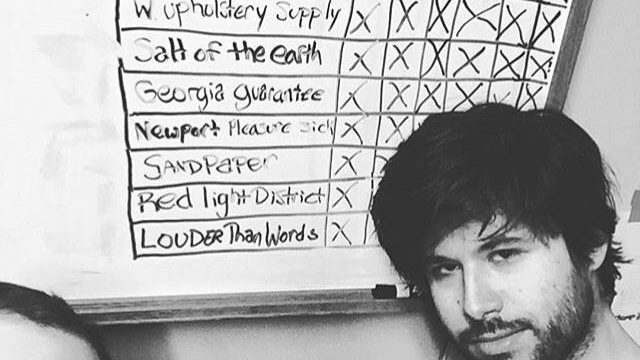 C.R. Gennone is one of New Jersey’s most prolific songwriters. Whether with his bands Winnebago and Tribal Days, his C.R. and the Degenerates work or his various solo projects he is always tirelessly working and releasing high quality indie music. He just premiered the great new Tribal Days single “Conjugal Visit Child” over at our friend Cool Dad Music from a forthcoming album. 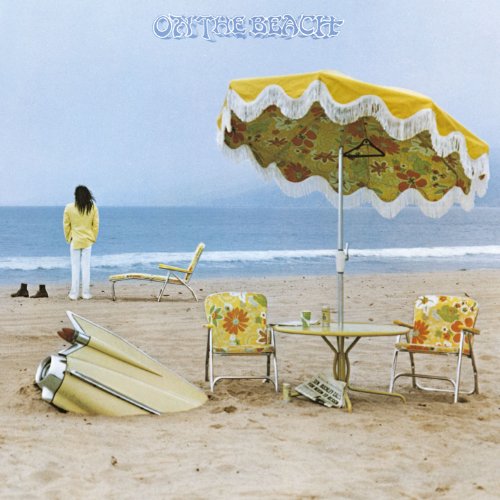 1. Neil Young – On the Beach – I’ve heard Neil all my life but I really started listening to Neil when I was about 15 and it compelled me to write my own songs. This record punches me in the gut every time I listen to it. With its cocktail of emotions, it features one of two songs that has ever brought me to tears, “Motion Pictures.” There’s a line in the song where he sings, “I’d rather start all over again” that sends me waves of strength and weakness at the same time. This is a record that makes you want to drink yourself into a hole and then by its end, climb out and move on.

2. Songs: Ohia – Magnolia Electric Co. – Jason Molina has that similar vibe to Neil where    there is no bullshit whatsoever about him. He sounds like a ghost as he sings about ghosts he meets on the highway and his struggles with alcoholism. This record and most of his records in general sound like sinking ships. You hear him trying to kick his addiction, escape his thoughts and memories but ultimately accepts his fate. Molina passed away in 2013 due to alcoholism and so was lost one of the most earnest, captivating voices I’ve ever heard.

3. Guided By Voices – Tonics and Twisted Chasers – I always change my mind when thinking about my favorite GBV record, but I always come back to this one. This record has every element that makes GBV one of the most prolific and beloved bands of all time. Between my two favorite tracks, “Dayton, Ohio – 19 Something and 5” and “Unbaited Vicar of Scorched Earth,” their lo-fi cassette charm of catchy hooks and Bob Pollard’s evocative lyrics is nothing but brilliant.

4. Galaxie 500 – Today – Between Dean Wareham’s fat but soft guitar tone and his light airy vocals, this record is always a perfect companion to a night drive. Hearing this album in high school was a huge influence on my own music. Their epic take of Jonathan Richman’s “Don’t Let Our Youth Go To Waste” is perhaps one of the best covers I’ve ever heard. I identified so much with Wareham’s lyrics which reassured me there was some kind of peace in darkness. It takes me back to when I’d walk the streets of Boston late at night, drunk and bummed. This record is a cathartic masterpiece that takes me to some dark places but also makes me appreciate them. 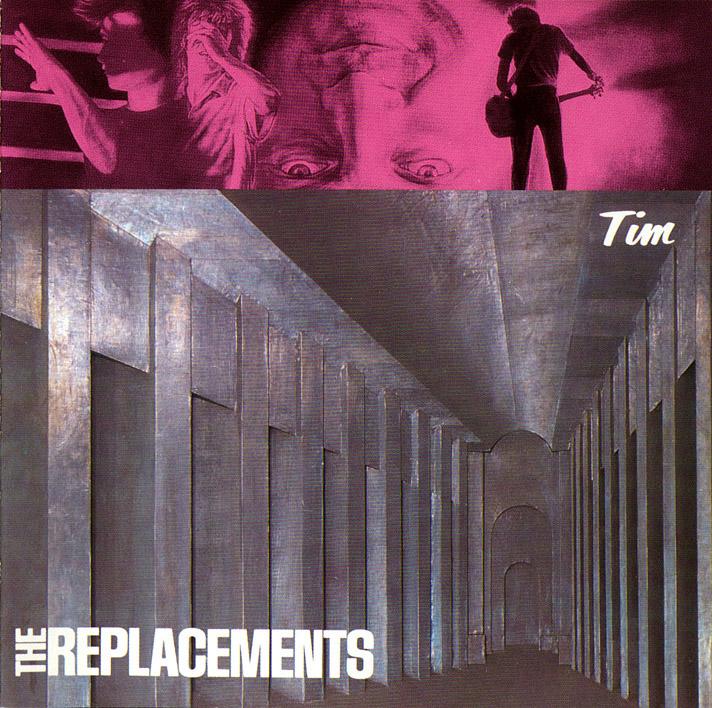 5. The Replacements – Tim – The impact this record had on me when I was about 17 or 18 was huge. It was one of those occurrences where I developed a strong connection with both the emotion and the sound. The combination of Paul Westerberg’s honest lyrics and voice and Bob Stinson’s distinctive guitar is something I had never heard before. Despite the typical 80’s sounding production by Tommy Ramone, every song on this record has merit. “Here Comes a Regular” is one of the best closing tracks ever.

6. Sebadoh – Bakesale – I really got into this record when I was going through a falling out with a long-time friend and retreated to the suburbs of Illinois. Lou Barlow and Jason Loewenstein’s venting and loathing lyrics gave me a sense of understanding I couldn’t get with a shrink. I think I must’ve listened to “Not a Friend” on repeat hundreds of times with that line, “Don’t break my stride” echoing in my brain. It’s one of those rare albums that I can listen to start to finish without skipping a track. The cohesiveness of it is remarkable. This record is the best therapy session of I’ve had.

7. Smog – Red Apple Falls – The thing I love about Bill Callahan is his ability to change his sound or direction on each record but retain the same voice. His songwriting is as whimsical as it is tragic. Certain tracks like “Ex-Con” kind of have a playful and upbeat feeling and imagery about them. Whereas the bulk of the album has a very serious and tragic undertone with tracks like “Red Apples” where Callahan recalls comforting a widower. Still, this record  does manage to break through the clouds. I am a sucker for anything with a pedal steel in it which explains my love for songs like “I Was a Stranger” and “Inspirational.” This folk/country/indie/whatever you want to call it album is just another magnum opus in the Callahan catalogue. 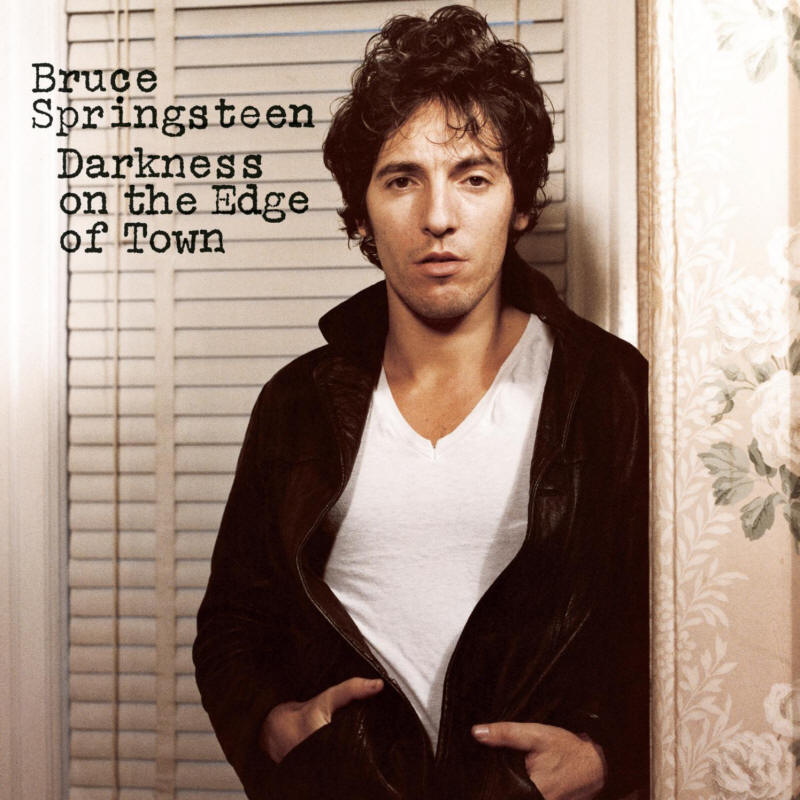 8. Bruce Springsteen – Darkness on the Edge of Town – This has always been my favorite Springsteen record. He’s one of those guys that you either love or hate and at first, I didn’t get it either. But this is the album that got me. I feel like this is when Bruce made that crossover from bar band leader to a working man’s hero. Nothing will ever top that intro to “Something in the Night” or that part in “Racing in the Street” when that organ creeps in at the end. I think one of the unappealing factors of his music to some people is the fact that as New Jersey residents, we can’t escape his music. But instead of hearing the deep cuts which make him great, we’re pummeled with “Born to Run” a million times. There is a spirit on this record that is so raw and so true that I can’t help but defend it.

9. Minutemen – Double Nickels on the Dime – The Minutemen were poets. But in the same vain as Bob Dylan, D. Boon’s witty but direct lyrics cut right through. For a band that mostly played one to two minute songs, they packed such a strong political punch it would top any presidential speech. Even though there’s 43 songs on this album, there are no bad songs. It’s all part of the trip. There will never be another bass player like Mike Watt and there will never be another voice or guitar player like D. Boon. “The Glory of Man” is the track that gets me every time. Between Watt’s bass and that riff D. Boon has in that song, there’s that perfect feeling of euphoria.

10. Gram Parsons – Grievous Angel – Call me a sentimentalist but I think this record saved my life. When we go through break ups, we search for the easiest thing that will numb us. If it weren’t for this album, I would’ve been even deeper in the hole. The combination of Parsons and Emmylou Harris’ harmonies and that weeping pedal steel breaks my fuckin heart every time. What amazes me most about Gram Parsons is that he had this amazing voice and songwriting ability before he died at the age of 26. That blows my mind. He accomplished so much by inspiring groups like The Byrds and The Rolling Stones and merging country with rock and roll at such a young age yet he has always been under appreciated as a singer and songwriter. He will always continue to fascinate me.

Records that almost made it;

Wilco – A Ghost is Born

Wipers – Is This Real?

Dinosaur Jr. – You’re Living All Over Me