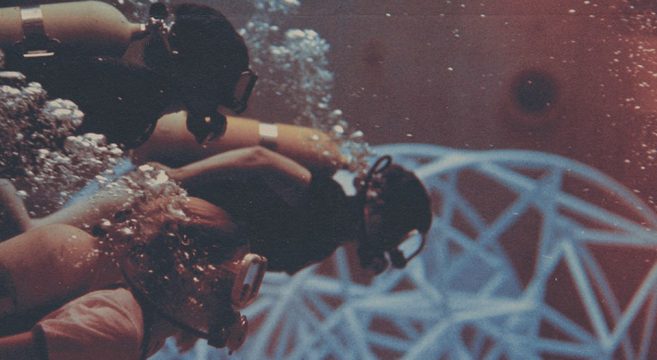 Asbury Park band Dentist has created quite a following in the area thanks to the release of their impressive self-titled album back in 2014 and a relentless touring schedule since. The surf-tinged, indie pop of their debut along with rhythm guitarist Emily Bornemann’s dreamy vocals struck a chord with listeners. However to label Dentist only as a “surf band” would be a disservice. This band can bring the power as well—as evidenced on their amazing second LP Ceilings. The album, out now on Little Dickman Records, displays a band with extreme confidence hitting their stride. No sophomore slump here. 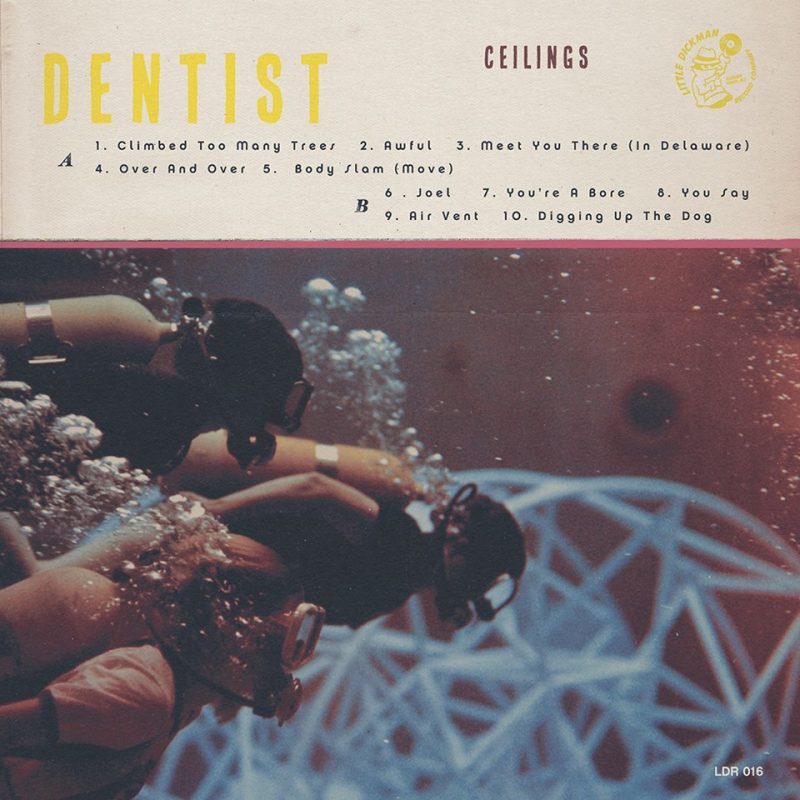 The record kicks off with “Climbed Too Many Trees” which right away declares that the band is not fooling around. “You don’t tell me how I feel, you don’t tell me what is real” is a declaration. There is a harder edge here that I find very alluring. Amazing guitar interplay between Emily Bornemann’s rhythm and Justin Bornemann’s lead really make this a solid lead-off track. The blistering guitar outro is very nice. “Meet You There (In Delaware)” is a brilliantly crafted piece of indie pop and is no wonder it was released as a single preceding the album. From the swirling guitars, which are upfront on the mix, to the tight rhythm section of bassist Nick Kaelbein and drummer Rudy Meier to the oooh ooohs in the chorus, the song is a delight.

The distorted guitar start of “Joel” is both intriguing and inviting. About a minute in the song kicks into overdrive and we are treated to a brilliant bit of aggressive pop.  The powerful song is a clear highlight and not enough can be said of Justin Bornemann’s guitar which just impresses not only on this track but all over the album. Outstanding work.

Tracks like “Awful” with the echoey, dreamlike vocals and touches of surf guitar and “You Say” show off the band’s ability to create perfect pop songs which is just one of their strong suits. The album ends with two interesting tracks which shows that the band has range and that they are still exploring their sound. “Air Vent” features a sparse guitar and piano intro that leads to a heavier sound than you’ve come to expect from Dentist.  It has hints of shoegaze and it really works. Closer “Digging Up the Dog” is a catchy upbeat number and ends the album on a lighter note.

Released a few days into summer, Ceilings is the perfect soundtrack heading into the warm season. Only two albums into their career and Dentist are impressing a lot of fans and critics. This is an emotional, complex and joyous listen. Indie pop this well written and executed is always exciting and the record affirms the genre is alive and well in New Jersey.

You can pick Ceilings up on iTunes and Amazon and order a vinyl copy at Little Dickman Records here.