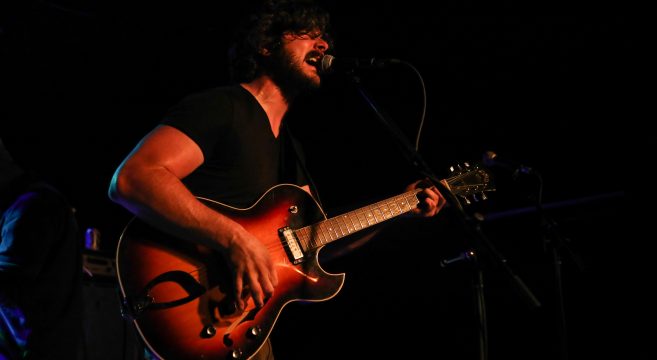 Bordentown’s Roy Orbitron is one of the most innovative bands in New Jersey. We have been fans for a while now and a big part of the reason is singer/songwriter and guitarist Conor Meara. The topics in his songs are not always pretty and that is why one can relate with the songs so well. His songwriting is refreshingly honest he sings about the problems we all face. He isn’t shy to tell it like it is. The music is as interesting and the lyrics. A mix of Americana, rock and blues that is unlike most of the music you will hear on the radio. That is what makes it special.

Earlier this year the band released their first full length record, the excellent Girls’ Boyfriends. A emotionally powerful record written from the gut that will make your ears happy and your mind think. Last week the band released their new video for the song “Swimmer’s Ear”. Directed by Kevin Kelly, the video tells the divergent life story of two friends who take different paths in life but share a connection throughout. The band looks amazing playing in front of David Lynchian blood red drapes.

Check out the video below;