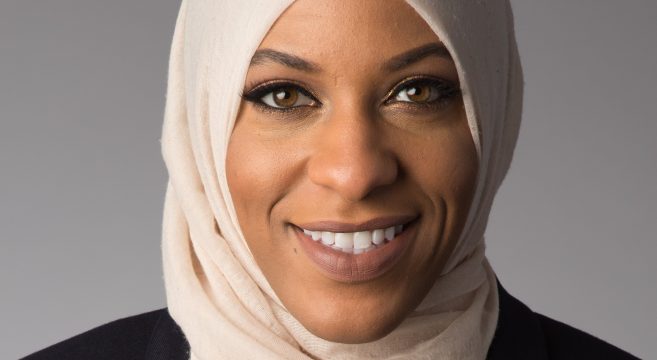 We’re highlighting all the New Jersey Olympians this summer because there are so many to watch for.  Ibtihaj Muhammad is competing for the United States in Sabre Fencing.

Obtihaj was born in Maplewood in a family with four siblings. As a Muslim youth, Muhammad’s parents were in search of a sport for her to play where she could be fully covered. She attended Columbia High School where she joined the fencing team at age 13.
In late 2002, Muhammad joined the prestigious Peter Westbrook Foundation, a program which utilizes the sport of fencing as a vehicle to develop life skills in young people from underserved communities. She was invited to train under the Westbrook Foundation’s Elite Athlete Program in New York City. She is coached by former PWF student and 2000 Sydney Olympian Akhi Spencer-El.

Muhammad attended Duke University, where she received an academic scholarship. She was a 3-time All-American and 2005 Junior Olympic Champion. Muhammad graduated from Duke University in 2007 with an International Relations and African Studies double major.

Muhammad has been a member of the United States National Fencing Team since 2010. She currently ranks No. 2 in the United States and No. 8 in the world. She is a 5-time Senior World medalist, including 2014 World Champion in the team event.

In 2014, Muhammad launched her own clothing company Louella, which aims to bring modest fashionable clothing to the United States market. She is also a sports ambassador, where she serves on the U.S. Department of State’s Empowering Women and Girls Through Sport Initiative. She has traveled to various countries to engage in dialogue on the importance of sports and education.

Fencing starts on August 6th and goes through August 14th.