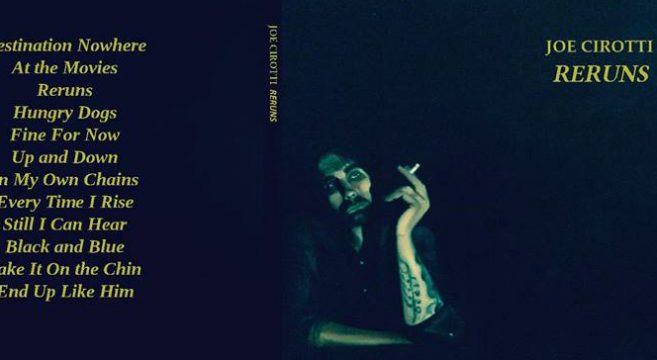 We absolutely fell in love with Joe Cirotti’s previous solo album, 2014’s brilliant Mood Swings, so we were understandably excited when he announced that a new solo effort was ready for release.  The new album, Reruns, takes on a more universal tone after his intensely personal last record. The subject matter of love and loss can be found in both the lyrics and the instrumentation. Joe’s sympathetic voice really carries you away. Like Mood Swings, Cirotti wrote all the songs on Reruns and plays all the instruments. Impressive indeed.

The guitars of opener ‘Destination Nowhere’ match the vocal tones perfectly with both facets telling important parts of the story equally. I love the message of “Destination nowhere, arrival guaranteed.” Cirotti’s warm delivery along with the smooth, country-tinged music makes this a winner. It bookends perfectly with closer ‘End Up Like Him’ which has a similar, albeit slightly stronger delivery. Some fancy fret work is a nice touch, too. 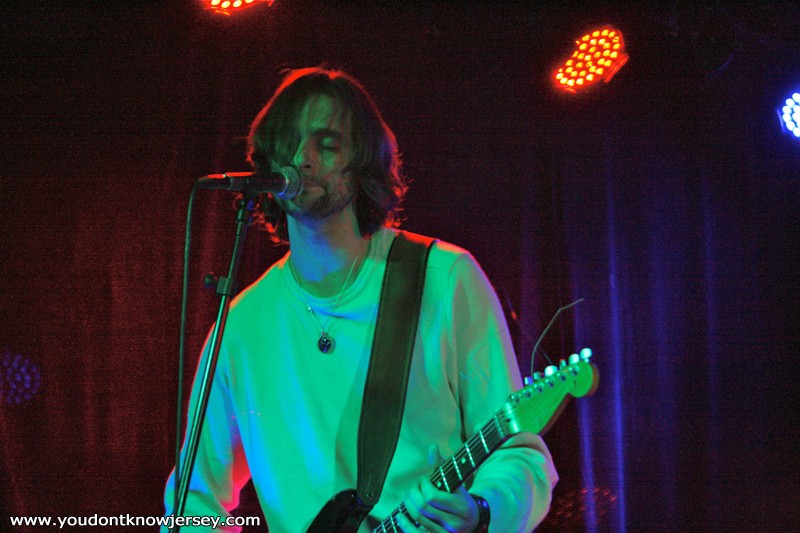 ‘Take It on the Chin’ is a personal favorite both in melody and in subject matter.  Everybody’s got to take their lumps in life and you just have to take it on the chin sometimes. I love the addition of slide guitar. “Everyone gets wounded and scarred” is a universal truth but Cirotti makes one feel that everything will be fine in the end.

‘Black and Blue’ takes the features of classic folk music and creates a new song that sounds so familiar that it had me questioning whether I knew the song already. Gorgeous strings add a touch of melancholy to the song and gives it weight. In fact many of the songs on Reruns sound like old songs reinvented for a modern ear.  One that’s not so old but equally re-envisioned is ‘Fine For Now.’ An Only Living Boy classic that Joe has reinvented into what now sounds like a drinking song.  The harder, electric version from Joe’s band (off their EP Little Fish) has the sense that the singer really does think he’ll be fine.  The Reruns version has more doubt and takes a wistful turn.

‘At the Movies’ wishes life was like the movies and easy to figure out.  Wouldn’t that be nice? It’s a lighter tune with a deeper meaning upon multiple listens.  Great acoustic guitar solo here. Another upbeat track that keeps the mood a little lighter is ‘Every Time I Rise.’ It’s a sing-along song with hints of a Jack Johnson vibe.

The absolute stunner from this album is “In My Own Chains.” It immediately pulls you in upon the opening strings and just improves as you keep on listening. The personal restrictions we place upon ourselves can limit us much more than those others place upon us. As Cirotti sings, we may enjoy the “the safety in a world that stays the same” but that is a false comfort.

I’ve said before that Joe Cirotti is a musical genius.  This new record just solidifies his status for my as one of New Jersey’s great musical talents.  He can rock, he can croon and he can make you cry with both pain and joy.

The full album isn’t available on BandCamp yet but you can hear some teasers there.  Follow Joe on Facebook to find out where you can get this album once it drops.

You can also catch Joe playing The Anchor’s Bend in Asbury Park this Monday, August 29th, for free from 6pm to 8pm.