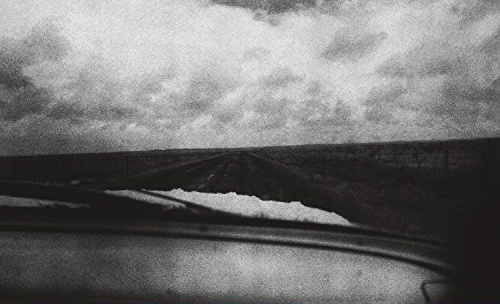 Like the Grateful Dead, a Bruce Springsteen concert is an all-day (sometimes multi-day) event. He commands sold out football stadiums, massive sing-alongs, and a legion of fans loyal enough to put any hater in their place at the drop of a high E string. When I moved to New Jersey a decade ago as a jaded, give-nothing-take-nothing New Yorker, Bruce’s swamp drama theatrics didn’t move me in the slightest.

And then I heard Nebraska.

Gifted an original vinyl copy by my friend, classmate, and brother in music for the past decade, Frank Lettieri Jr (shameless plug: check out his band Dust of Days), I approached Nebraska with cautious optimism. And considering Frank is a student of music with impeccable taste, when he recommends something, you tend to want to listen.

So I dropped the needle on Nebraska and found an embarrassing wealth of desperation buried within. Murderers, gamblers, and thieves populate this world. Hideous men find no salvation despite a desperate, vain search. 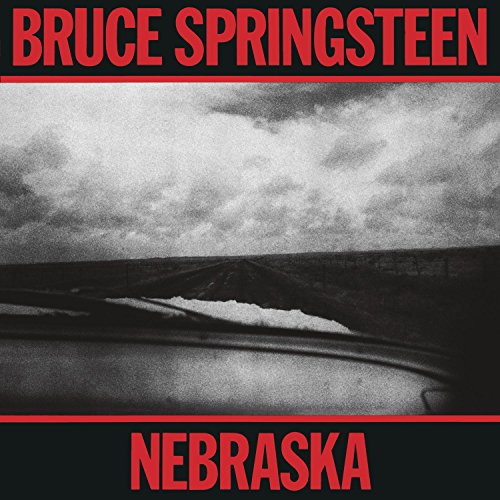 By 1982, Springsteen was riding high on a wave of critical praise and budding commercial success. Born to Run and Darkness on the Edge of Town were already in the books before he hit commercial pay dirt with The River, a double-album that yielded the Top 5 hit, “Hungry Heart.”

Purchasing a Tascam Portastudio, an early home recording device, Bruce cut the demos for what was supposed to be a new rock and roll album with the E Street Band. Ultimately, though, he found that the album’s bleak subject matter was best left to a sparse vocal, guitar, harmonica arrangement. As such, he left the recordings alone and submitted them to Columbia. What resulted was one of the biggest detours by a major recording artist in rock and roll history. Nebraska is ice-cold; all wind, bare trees, and dead winter leaves. The characters still have hungry hearts. But this time, Bruce lets them starve to death.

The record starts with the title track, a piece of historical fiction about serial killer Charles Starkweather and his 14 year old girlfriend Caril Ann Fugate who murdered 11 people in just over a week back in 1958. Starkewather ends up dead via Electric Chair by song’s end. Welcome to Nebraska.

If there’s one track that’s managed to separate itself as the de facto “hit single,” it’s “Atlantic City.” This is where the plight of Nebraska’s desperate characters begins to come into focus as a seemingly-honest man tries to make things right. Ultimately, the main character’s plea isn’t heard as he gets sucked right into the city’s web of corruption. The possibility of coming back after death is always just a ‘maybe.’ There is only one certainty in “Atlantic City.” Everything dies; that’s a fact. (Note: A mid-90s reincarnation of The Band managed to bring something new to the song as Levon Helm sings it with gruff, steadfast authority; highly recommended!)

Childhood memories and the longing for a simpler time in life crops up during “Mansion on the Hill,” while “Johnny 99” gets driven to murder after losing his job. The latter is rooted in the 1980 closure of the Mahwah, NJ Ford Motor Company plant (which had been open for 25 years). 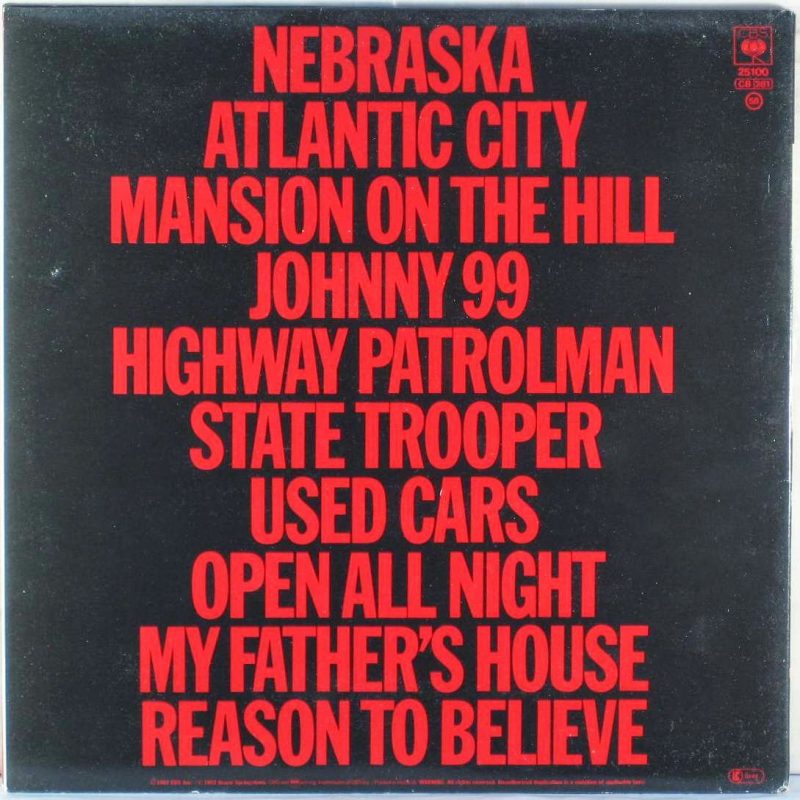 One of my two personal favorites on the album is “Highway Patrolman,” the story of brothers Frankie and Joe. The former is a Vietnam veteran who can’t seem to get it together and the latter is a bankrupted farmer who turned to a job with the law to make ends meet for himself and Maria, his wife. He reminisces on good times they shared (“Nothing feels better than blood-on-blood”), imbuing this major-key song with a warmth and comfort that the best times spent with family can evoke. But Frankie loses his temper just a little too hard and takes it out on an unsuspecting bar patron. The chase ensues and Joe lets his brother escape across the Canadian border. “A man turns his back on his family / Well, he just ain’t no good.”

The second of my two favorite songs is “State Trooper,” which while not a direct sequel to “Highway Patrolman” certainly plays like one. Set to a minor-key boogie, Bruce calls upon (recently-deceased) Alan Vega’s band Suicide as a primary influence. The main character speaks of his clear conscience before pleading with a Trooper to not stop him. While “Highway Patrolman” is set in Michigan and this song somewhere along the New Jersey Turnpike, I still can’t help thinking, ‘I’ll bet you that’s Frankie behind the wheel.’

The back half of the album offers up “Used Cars.” Instead of crime or desperation, this song involves something almost worse: mundanity. A working-class family buys a used car, can’t catch a break, and dad slaves from one end of the morning to the other. Life carries on with the only hope being “the day my number comes in.” I wonder if they’re still scratching those tickets.

“Open All Night” to my knowledge, is the only at least somewhat autobiographical song on Nebraska. Bruce has talked about having gotten stopped on the New Jersey Turnpike, being recognized and subsequently forced to appear in traffic court. At the end of the hearing, the officer tells him to stop by the highway anytime because “We’re open all night!”

Bruce finally does leave us with a small modicum of hope by album’s-end. After the lost-innocence tale of “My Father’s House,” we get “Reason to Believe.” Despite murder, relationships gone bad, sin, dead-end jobs, suffering, boredom, crime, and the eternal question “What does this all mean, anyway?” hanging over us, people still fight on. “At the end of every hard-earned day,” Bruce sings, “people find some reason to believe.”

In Nebraska, fast money is gold at the end of the dirt-colored rainbow. And for the first time, it doesn’t feel like Bruce is preaching anymore; it feels like he’s just riding along, figuring out how these people keep on living despite odds so heavily stacked against them.

But the “a-ha!” moment comes when you realize that – like a great film – Nebraska’s themes aren’t reflective of its characters. They serve only as a mirror to their audience. To us, the voyeurs who listen in and say, ‘at least it’s not me.’ But that’s where we’re wrong. Because how many times have we all – each of us – hoped for a better situation is something would just easily change for us. If I could just win the lottery; if I had just studied harder; if I could have said this instead of that, things would be so different.

These people are no more or less desperate than we are. They are shaped by their experiences and long for a simpler life, the same way we often do. They get ripped off just like us. And they feel and they care and they hurt and they’re sad and regretful and life would be so much better if they could just stop fucking up.