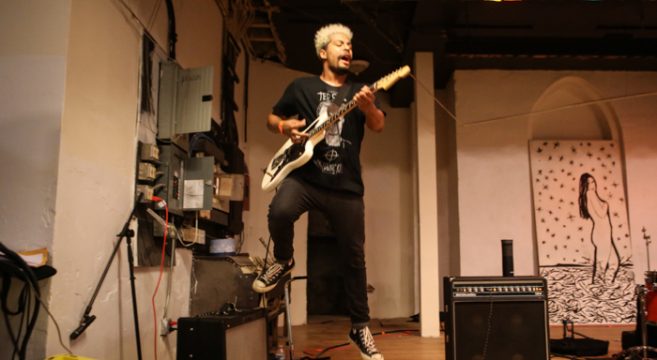 Picture of the Week – Ricky Lorenzo of YJY

I captured this image of Ricky Lorenzo of Hightstown band YJY at the North Jersey Indie Rock Festival in Jersey City a few weekends ago. He is one of my favorite people to photograph in concert as he is always moving and full of energy on stage. He had jumped from this amp a little earlier in the set but I was on the other side of the stage and missed it. When I saw him about to do it again I made sure to be at the right spot. I put the picture up on Instagram and it was a bit of a success.

I was asked if I wanted to submit it for consideration in the #dayinthelifejc exhibit for the 2016 Jersey City Art and Studio Tour. I figured, why not? On that one day people all over Jersey City took photographs to show the diversity and general awesomeness of the city. My picture is one of 48 being shown at Honey and Moon Photography’s Jersey City Art and Studio Tour exhibit October 7-9 and on the 8 foot banner that will be hung in front of City Hall throughout October.

I am honored to have an image be a part of this. Info on the weekend event is here. 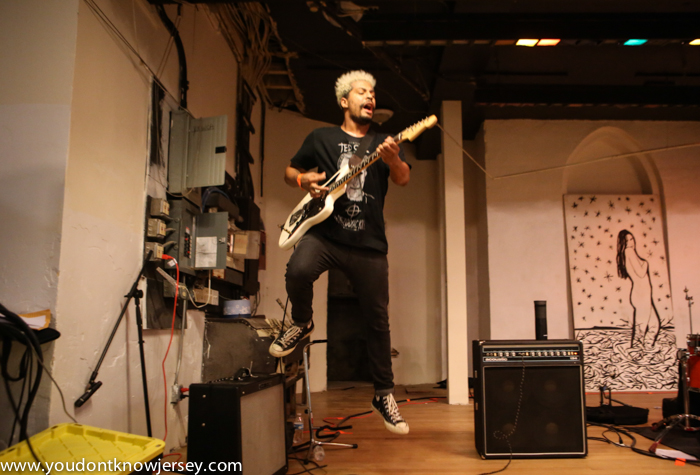 Pin It
Previous post:
Scene Seasonal: Picking Our Favorite Summer Songs Next Post:
Pizza with the Band – Back to Maggie’s Town Tavern with Pioneer the Eel