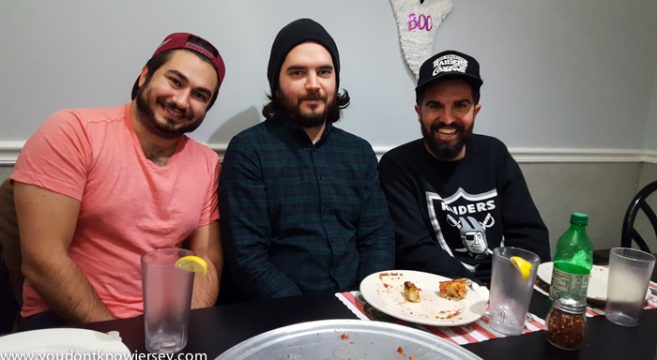 Pizza with the Band: Heading to Bruno’s in Clifton with Ken Depoto and the God Damn Jets

In this installment of Pizza With the Band, we headed to the famous Bruno’s Pizza in Clifton for pizza with Ken Depoto and 2/3 of his God Damn Jets, Brian and Frank.  We’ve been celebrating National Pizza Month by finding out what pizza places mean something special to some of New Jersey’s musicians and hanging out with them there.  We’ve been to Bruno’s before for their world famous (and rightfully so) Sicilian style pizza.  We aren’t sure we’ve ever tried their regular pies before so this was a first for us in the non-square pie realm of Bruno’s. 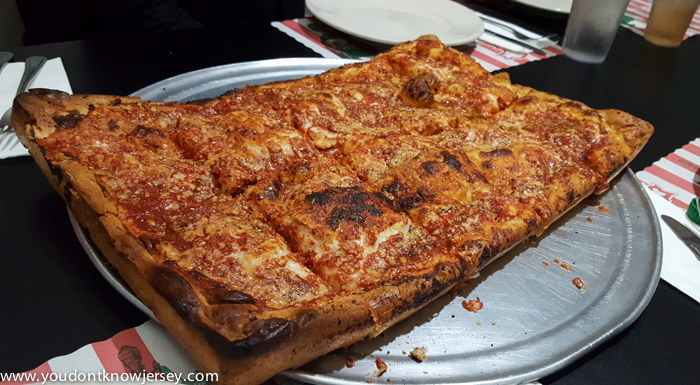 This is the famous square pie. The crust is incredibly light and crisp.  Totally different from the usual thick and doughy Sicilian that’s served elsewhere.  There’s also lots of sauce and very light parmesan and mozzarella on top.  Again, very different from the usual ultra-cheesy Sicilian pies in other pizza shops. This pizza is simply incredible.

Ken and Brian from the band hadn’t had Bruno’s in quite a while and Frank had never had it before so we were all in for a treat when this arrived.  The band members were pretty blown away by how good this pie was. In fact we all agreed that it is in a class by itself. We tried to compare it to other Sicilian pies in ranking and just couldn’t do it. This is special. Honestly, we could have just ordered two of these and been completely happy with our meals.  But, in the interest of being complete, we ordered a regular pie, too. 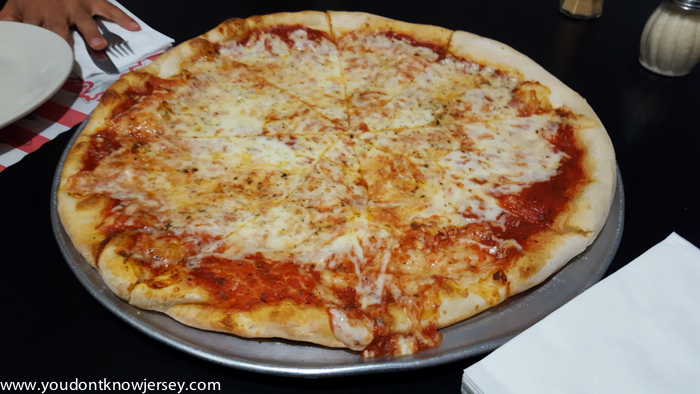 The regular pizza was a very serviceable pie. Good chewy crust, lots of sauce and cheese.  But, it just wasn’t the mind-blowingly good experience that the Sicilian was. Let’s just say when it was time to take leftovers home it ended up being all triangles if you know what I mean.

We knew that Ken and Brian were from Clifton so they went to the same high school as Ed but we found out that Ken actually went to the same grammar school as Ken did!  School 9 Will Shine! More than a couple years were in between their two trips through School 9 but they both still have some memorabilia from school so the pride runs deep. 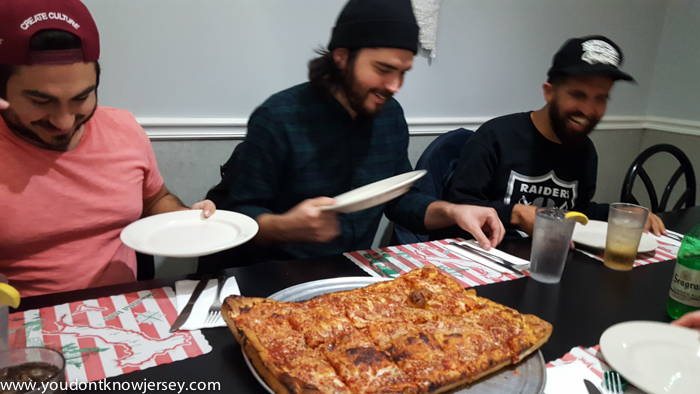 Ken met most of his non-Clifton bandmates in the Rutgers area after high school. This is where he met Frank who plays bass and also released Ken’s new album, Bad Man, on his Sniffling Indie Kids record label.  We started off the evening’s conversation about football and Frank’s NFL-related pajama story. I’m still not sure I understand the story and based on Ken and Brian’s reactions, that’s not an uncommon reaction.  Something to do with a young Frank wanting Carolina Panthers pajamas and getting Jacksonville Jaguar pajamas instead still remaining a Panther fan. It gets hazy after that. If Ken never hears this story again however it would be fine with him.

As with every band we’ve taken out for pizza, we talked a little about the local music scene and music journalism today.  I mean, how can we resist? 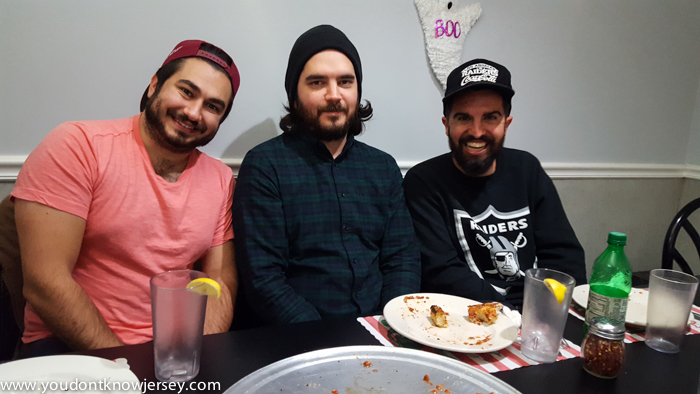 Playing Maxwell’s when Maxwell’s hosted some incredible national acts sounded like it was a big highlight of their past shows.  We discussed the new Maxwell’s pluses and minuses.  We also talked about other venues that may or may not be bringing some local music to North Jersey.  New Brunswick and Asbury Park seem to be keeping the music alive but few places in North Jersey seem to be really thriving and available to local bands.

We’ve heard of Frank’s pizza rating system before when we talked about the North Jersey Indie Rock Festival with him earlier this summer but we got to hear it being formulated with the Bruno’s pizzas.  We await his verdict on what we think is some spectacular pizza.