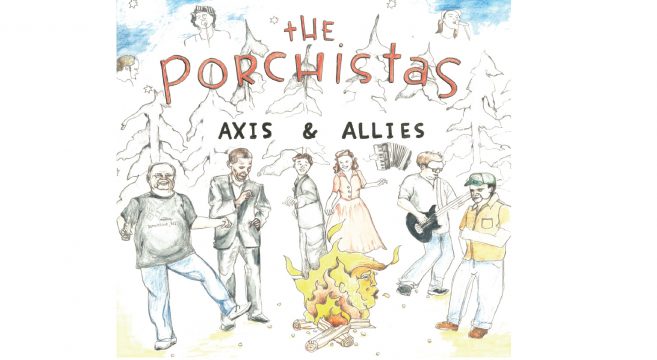 Never ones to shy away from political and social issues, The Porchistas are in their element in what has been a disgusting, shocking and frankly embarrassing Presidential election season.  Join us on Saturday night for their Axis & Allies EP Release show featuring their amazing new song and video about the President-elect, ‘Mr. Chump’. It’s so accurate that it makes you want to laugh and cry at the same time.  It’s funny but carries a very serious message.  We can’t take Mr. Chump lightly and The Porchistas are reminding us of that.

There will be a $5 cover charge for the bands. Doors open at 7pm with hors d’oeuvres and a bar. Music starts around 8pm. Arrive early to warm up and mingle. 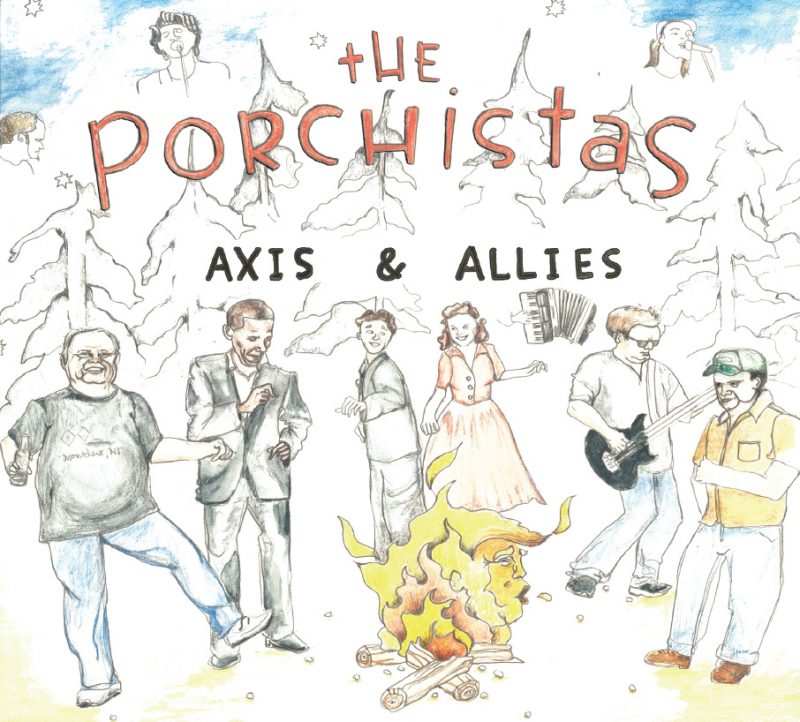 The Axis & Allies EP also has their satirical single ‘Ebolabama’ that was recently featured in The Huffington Post. There is also a love song for one of Montclair’s favorite live music bars, ‘The Tierney’s Tavern Song.’ This song is really begging to be a commercial for Tierney’s! There’s also a very cute duet called ‘Old and Grey’ and a tune about a hitman from Newark called ‘Mischief Night.’ It’s a great little EP!

This EP features some amazing guest musicianship from many of The Porchistas’ friends: The Defending Champions horn section, Jenny Mustaches of Bone and Marrow, J.T. Makoviecki of Jackson Pines on trombone, vocals from Kelly Daveene on ‘Mr. Chump,’ Erica Rasmussen on ‘Ebolabama,’ and Ali Bang with a fantastic one-take freestyle rap on ‘Mr. Chump.’

This show will be performed in The Porchistas Home Studio located at 148 Forest Street in Montclair.  Porchistas lead singer, Alan Smith, opens his home for these intimate performances occasionally and they are not to be missed. This will also be one of their last shows for a while as members of the bands are getting ready to do some traveling and regrouping.  Please mark your calendars for a special night in Montclair. It’s going to be fun and likely very cathartic!