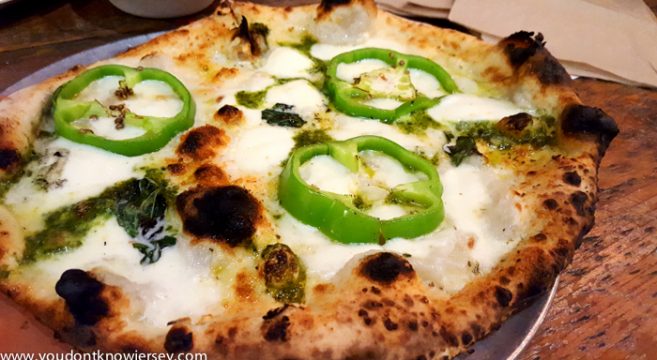 Pizza with the Band – Larée Cisco at Urban Fire

We’re always up for a trip to Urban Fire in Madison for some of their authentic Neapolitan pizza and last week our friend musician Larée Cisco was up for the drive too.  That sounded like a great edition of Pizza with the Band so we headed off to visit owner Anthony Saporito, his adorable dad Jerry, great staff and amazing pizza for St. Patrick’s Day.  Earlier in the day, the team at Urban Fire had posted a picture of their special Green Pie so we were definitely getting that one, pictured above.  It was a white pie (which is one of our favorite kinds of pizza) with green bell pepper shamrocks.  Adorable, holiday appropriate and delicious! 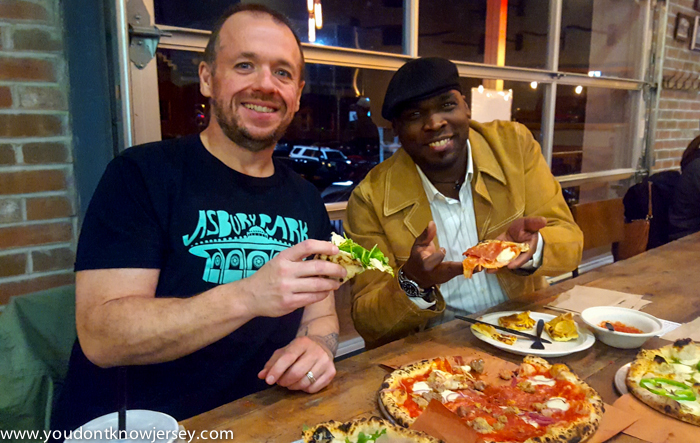 Nutley native Larée told us that he’d been eating pizza for a few days in a row in anticipation of our outing.  We didn’t consider that a problem and neither did he.  There’s no such thing as too much pizza, right? We recently saw Larée perform at the Clash Bar in Clifton and Espresso Joe’s in Keyport where his mix of pop tunes and politically-charged anthems got the crowd going—usually in a good way. Larée doesn’t hold back in singing about what he feels and we love his music for that reason.  He’s a modern day Bob Dylan. We asked how he got started playing music and it wasn’t the usual story that we’ve heard from other musicians.  Except for some piano lessons as a child, he didn’t play any instruments or sing all through school and even for a few years after graduating from Nutley High School. It wasn’t until he heard Nirvana’s Nevermind that he was even interested in rock music.

Luckily, for us, he bought a guitar a while back, taught himself to play and has been performing ever since. Being involved in the arts isn’t entirely something he just fell into.  He says his mom is an artist and his father is a musician so obviously talent runs in the family.

Larée is amazing to see live and we have been fortunate to catch him many times. He emotes with humor and sincerity that is a breath of fresh air. Luckily he overcame stage jitters instilled in what we will call a piano recital gone wrong.

All three of us displayed our pizza eating talents in Madison on Friday.  We had met Urban Fire’s owner Anthony when we first came to the restaurant after it opened.  He met us there on Friday night again. 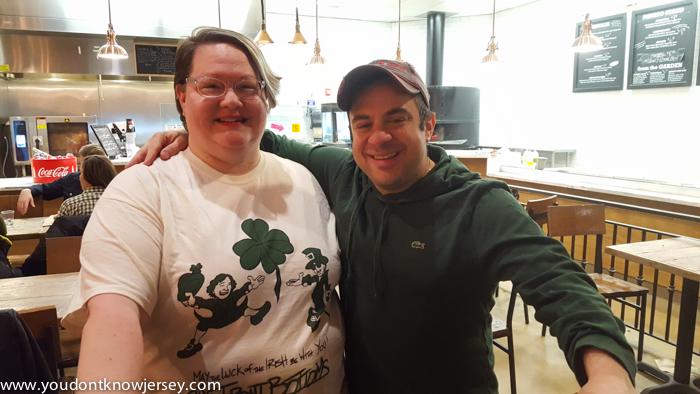 Anthony’s dad, Jerry, was there too and he presented us with a Brooklyn tradition on Fridays during Lent—potato and egg on pizza bread.  It was really good and you could tell that Jerry was proud to let us try it.  None of us had heard of it before but we’ve seen potato and egg sandwiches on Italian deli menus so it wasn’t a completely surprising combination.  Urban Fire was running it as a special that night. The potatoes were nice and tender and the egg wasn’t overpowering.  It was served with some marinara dipping sauce and was a great meat alternative for those people trying to skip meat on Fridays.  I can tell why it’s such a favorite! 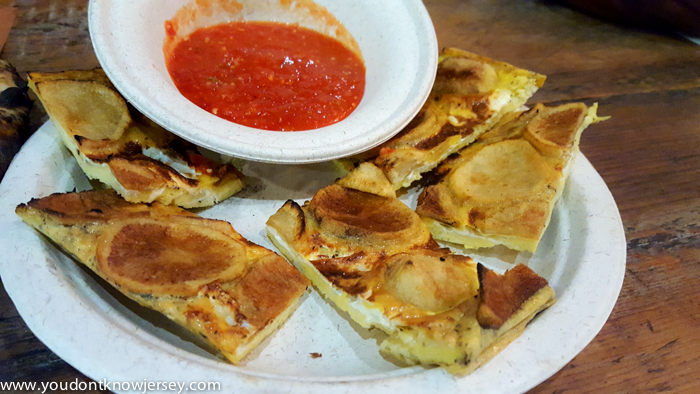 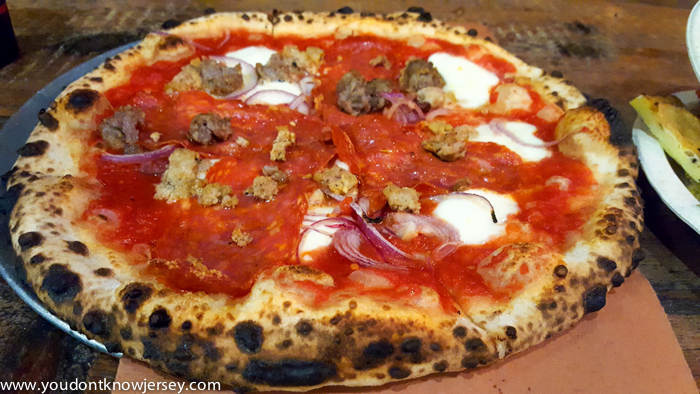 And, the Rocket which was pizza with arugula, Prosciutto, Mozzarella, shaved Parmigiano, lemon juice and olive oil. This was a delicious salad on a pizza.  It doesn’t get much better than that, does it?  I’m eating pizza.  I’m getting some veggies.  Win-win. 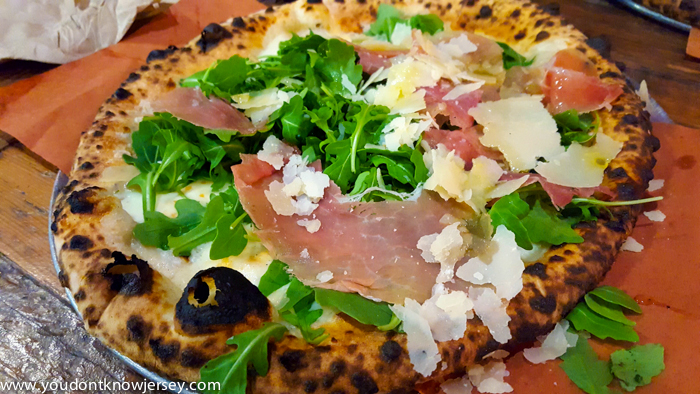 We wrapped up the night with some meatballs and zeppoles.  What a feast! 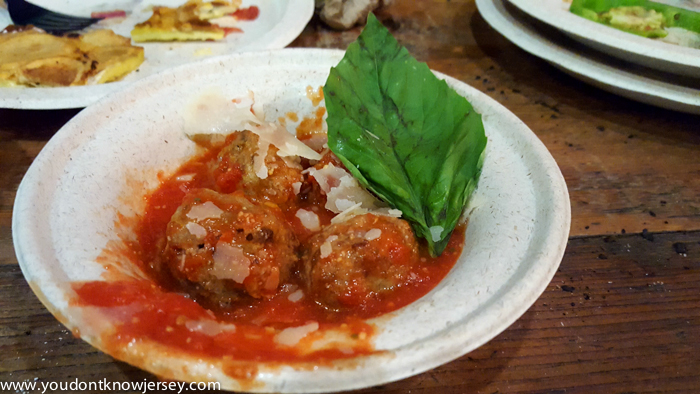 You’ve got to get some zeppoles when you visit Urban Fire.  They are amazing.  All the fried dough you expect but instead of powdered sugar that gets all over you, they are covered in cinnamon sugar.  They remind me of a county fair tradition in Ohio where I grew up, the Elephant Ear.  Elephant Ears were big discs of dough with cinnamon sugar but these are even easier to eat in a zeppole shape.  So, so good! 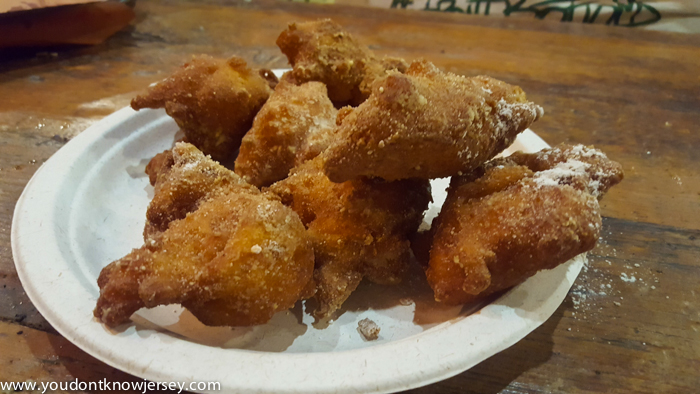 Check out the rest of the pictures from our visit to Urban Fire with Larée Cisco and check out Larée’s music on Bandcamp. 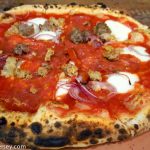 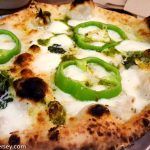 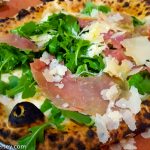 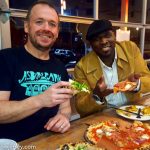 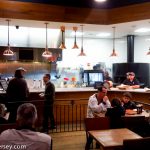 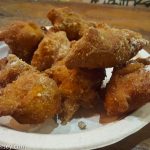 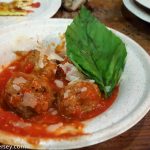 Pin It
Previous post:
Pictures of the Week – A Return Trip to The Taco Truck in Hoboken Next Post:
Where’s YDKJ This Week? – March 24th–March 30th