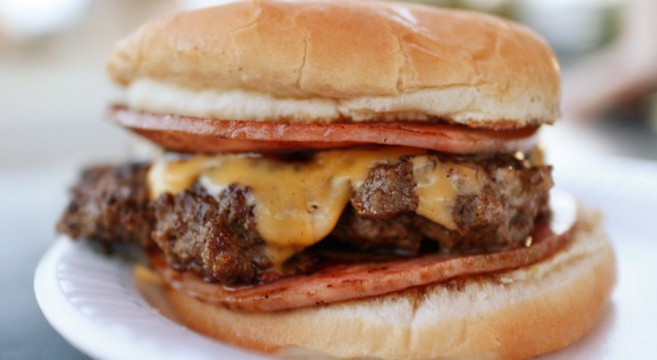 All you need to know is the special phrase.  Give that line to anyone behind the counter at Steve’s Burgers in Garfield on Monday and while supplies last you get a completely free ‘You Don’t Know Jersey’ burger.  You read that correctly.  You’ll have to keep reading to find that magic phrase. 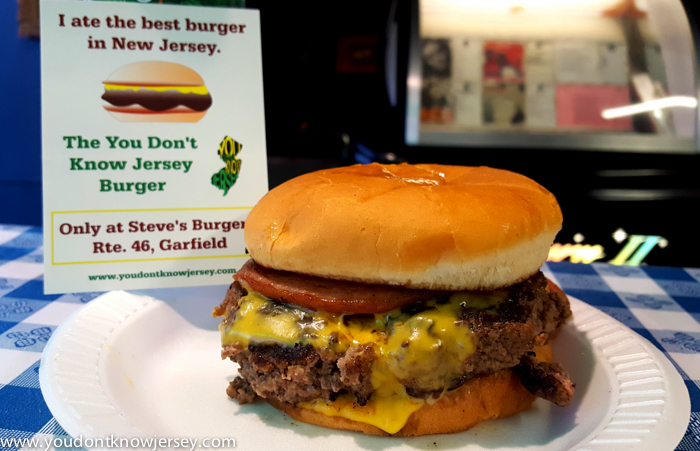 Monday is May 1st and it’s also the start of National Hamburger Month. That just happens to be our second favorite made up holiday of the year, after our annual YDKJ Hot Dog Tour in August.

Two years ago, to celebrate National Hamburger Month, and also our fifth year in existence, we got together with one of our favorite burger places to create the best burger in New Jersey…  now known as the You Don’t Know Jersey Burger.  Of course, that burger needed to include both pork roll and Taylor Ham.  Yes, we decided that one slice would be called pork roll and the other slice would be called Taylor Ham.  That way, anyone could call NJ’s State Meat whatever they wanted and still get this burger.  Inspired, right? After all we don’t want fights breaking out in the parking lot.

We planned for our burger to only be available that month. At the end of the promotion Stephen Chrisomalis, owner of Steve’s, said that our beautiful burger was so popular that he’d add it to their permanent menu.  We were blushing!  It’s still on the menu to this day and we’re going to celebrate the two year anniversary of the YDKJ burger by giving some away. 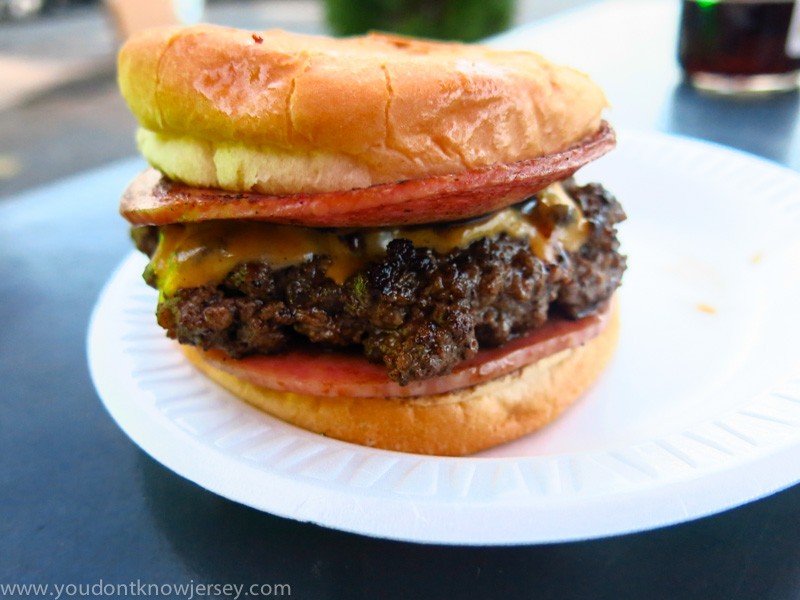 All you need to say is “I want the best burger in New Jersey. Give me the You Don’t Know Jersey burger.” You have to say the whole phrase and BOOM that burger is yours.

One free burger per customer when you say the phrase.  We’ve arranged to have quite a lot of burgers available for free (one hundred!) but if all of NJ shows up for lunch be prepared for Steve’s to possibly run out by dinner.  Steve’s Burgers is open from 11am to 8pm on Monday and we’ll be there for the lunch rush so come on out and celebrate our seventh anniversary as YDKJ and the second year of the best burger in New Jersey—The You Don’t Know Jersey Burger.

Pin It
Previous post:
Francie Moon Releases Blistering Debut LP ‘So This Is Life’ Next Post:
Picture of the Week – Montclair Film Festival