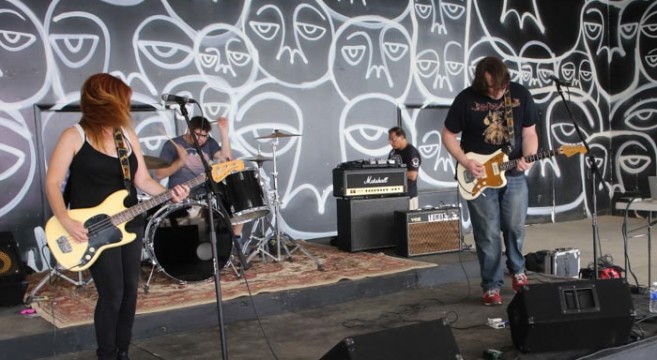 Pizza with the Band – Overlake at Porta in Jersey City

We recently got together with beloved indie shoe-gaze band Overlake at Porta in Jersey City to talk about their upcoming tour, their new record release and to eat heaps of pizza in their hometown.  It was a thoroughly successful evening. 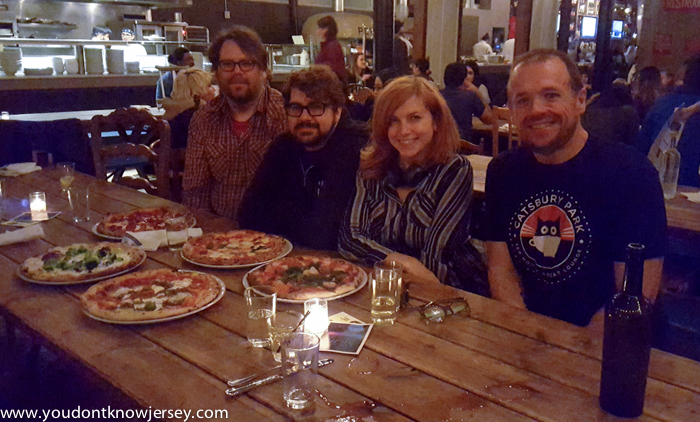 Overlake got started as a band in 2012 with lead singer and guitarist Tom Barrett and bassist Lysa Opfer, with drummer Nick D’Amore joining the fray in 2015 to round out the current lineup.  The band has had a series of drummers, the stories of which reminded us of Spinal Tap and their ever-changing drummers. The band recently announced the exciting news that they have been signed by Bar/None Records and will release a new record, Fall, on May 12th. It’s on presale now at Bar-None.com. 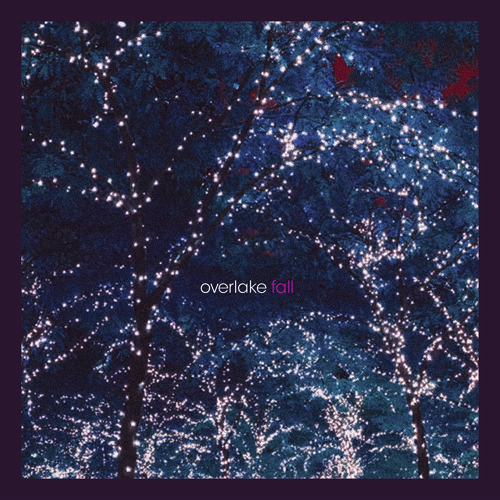 Brooklyn Vegan premiered a single from the album, Winter is Why.  If this is any indication of the whole album, we’re in for a great listen. It’s a foray into their indie rock side with some undertones of their signature shoegaze sound.

Tom Barrett, lead singer and guitarist, actually got in touch with us initially when we put out a call late last year for bands to let us know if they’d like to eat pizza with us.  He told us way back then that a new album was due this spring and they’d love to get pizza before the release. Talk about advanced planning! To say that pizza is Tom’s favorite food sounds like it’s an understatement.  He is not just a fan of pizza, he’s a connoisseur. He said he’s nervous about being on tour right now because he’s been on a very strict diet and it might be easy to go off the rails.  We didn’t make it any easier to stay on the diet with the five pizzas we ordered. We are also watching what we eat but our consensus was this would be a guilt-free cheat night. 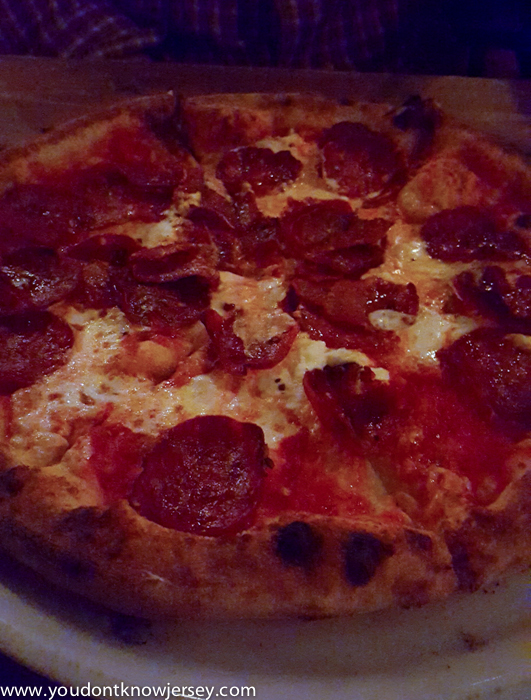 Tom got the 14½ which came with San Marzano tomatoes, house-made mozzarella and ricotta, hot soppressata, oregano and extra virgin olive oil. Normally it comes with Calabrian chilis, too, but Tom asked for those to be left off.  It was probably a good idea since this was still a very spicy pie. 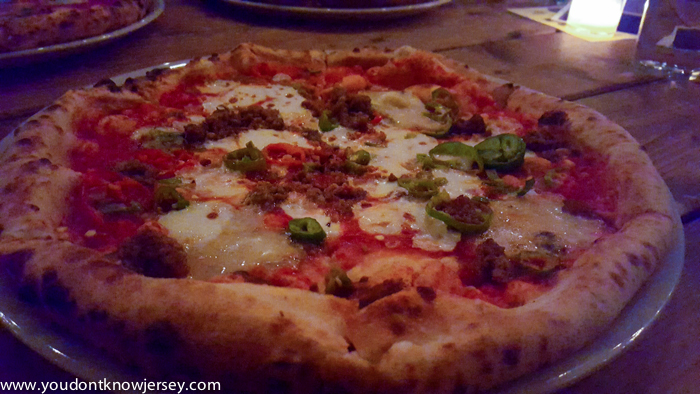 Ed ordered the Italian Stallion with San Marzano tomatoes, house-made mozzarella, gorgonzola, sweet Italian sausage and chopped long hots. Ed liked the crust on these pizzas.  It’s a little too soft for me but the pies were all delicious enough for me to overcome my crust-texture preference. The band had no crust concerns so I was in the minority. 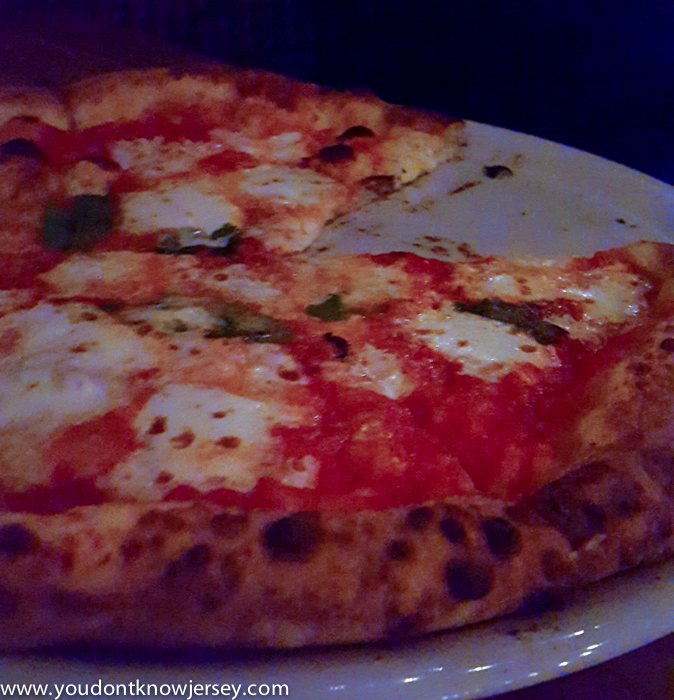 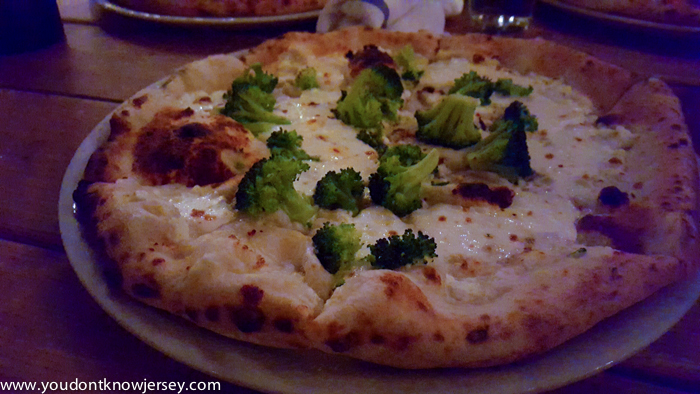 Lysa and I broke up the regular pizza monotony with our orders.   I got the above White Walker with house-made mozzarella and ricotta, broccoli, chile flakes and extra virgin olive oil and Lysa got the Snawzeech vegan pie that came with San Marzano tomatoes, garlic, cashew ricotta, broccoli rabe, vegan sausage, crushed red pepper and extra virgin olive oil.  We picked Porta because of their extensive vegetarian and vegan options.  Can you name another pizza place with three vegan pizza options?  We certainly can’t. Both our pizzas were very good and even Tom agreed that my white pizza was pretty good for “healthy” pizza. 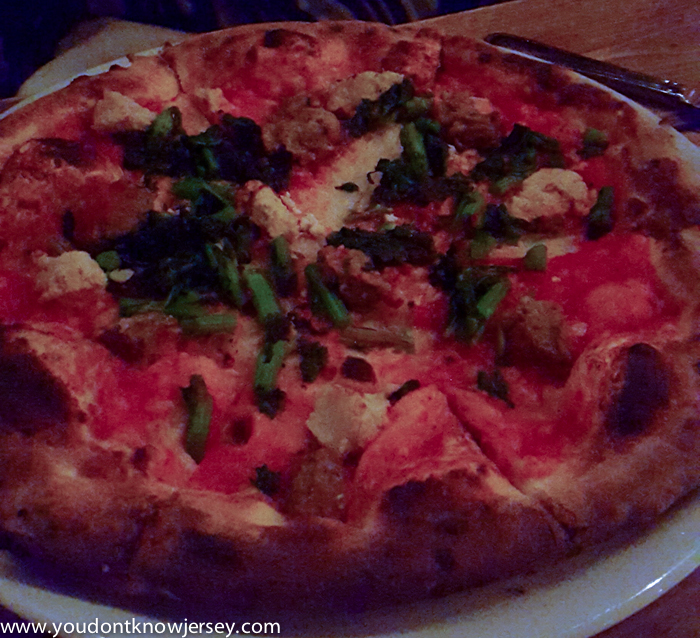 We thought all the pizzas were excellent. The proof came when, out of all the pies we ordered, all that was left at the end of dinner were 3 little pieces that Tom took home for his wife.

Lysa is also concerned about touring with her special diet but she said that vegan options are more plentiful now than a few years ago.  There’s even an app she uses to find vegan-friendly food all over the U.S.  She said she’s on a broccoli rabe kick so she was excited to try the Snawzeech since that is the featured topping.

Right before we wrapped up our evening of pizza and conversation, the AV Club Undercover song challenge came up.  This is how I first became aware of the Screaming Females five years ago and so we asked what they’d like to cover if they were asked.  Tom thought Sweet Child of Mine would be pretty good while Ed suggested Def Leppard’s Pour Some Sugar on Me.  Now, who knows someone at The Onion so we can get Overlake on the list when they pass through Chicago on their way to Wisconsin and Nebraska?

Join us tonight in the city at Pianos as we send Overlake off on their tour. Get there early as they go on at 7:00 PM.

Check out all the pictures from our trip to Porta with Overlake: 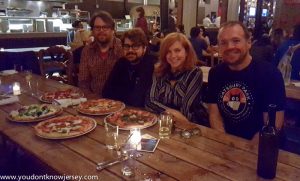 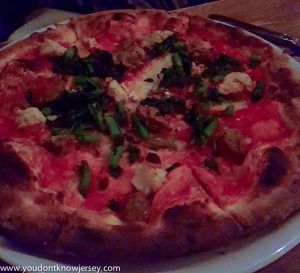 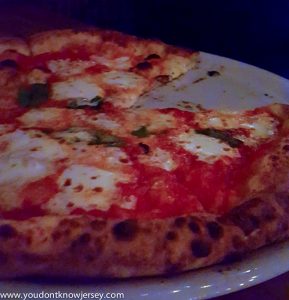 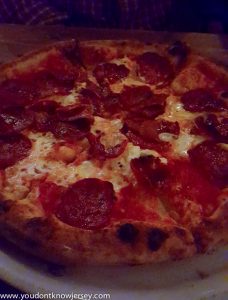 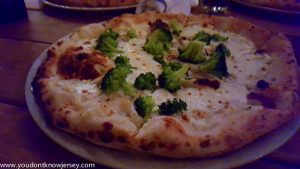 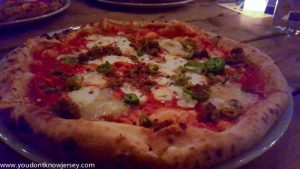