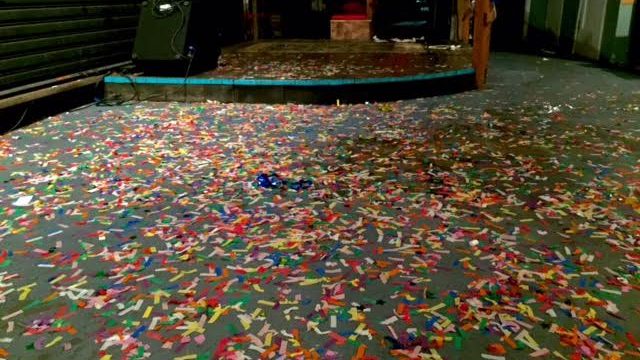 We recently had pizza at Kinchley’s Tavern with the Rock N Roll HiFives where they told us all about their up-coming Spring Break tour. Suddenly, it dawned on us….  maybe they would write a tour diary for You Don’t Know Jersey! It’s almost as exciting as being able to go on tour with them. Here’s their final entry, written by guitarist Joe. 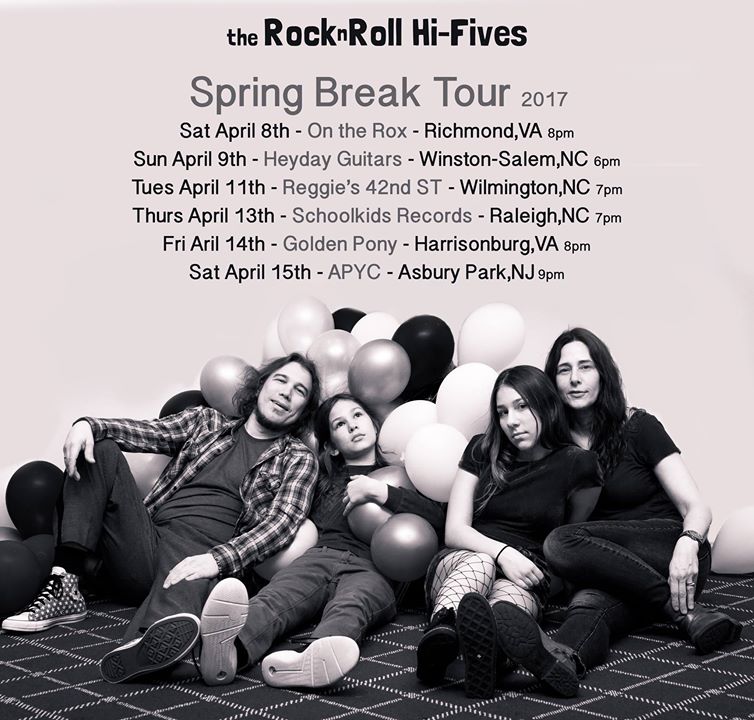 Man what a whirlwind of a week! We left the girls at the White Unicorn Hair Salon to get pretty for the show at the Golden Pony in Harrisonburg. 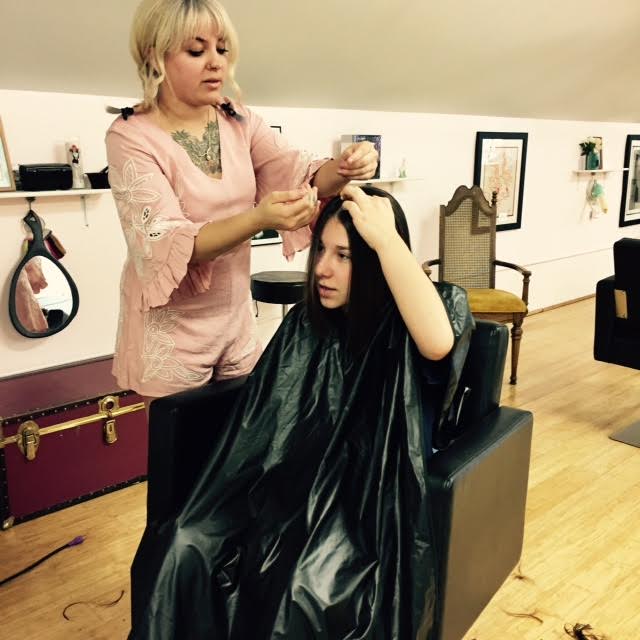 Evren and I took a walk outside to get some ice cream. It smelled really wild outside – very much like dog biscuits. We later found out it was poultry feed not a great smell on a warm day. We decided to get some ice cream and take a walk around downtown Harrisonburg. There are cool little shops, restaurants and coffee shops. Harrisonburg is really a cool town. We were excited to play the Golden Pony today for a rock n’ roll family show. We checked in on the girls and they were just about done so Evren and I went to the Golden Pony to play some pinball. 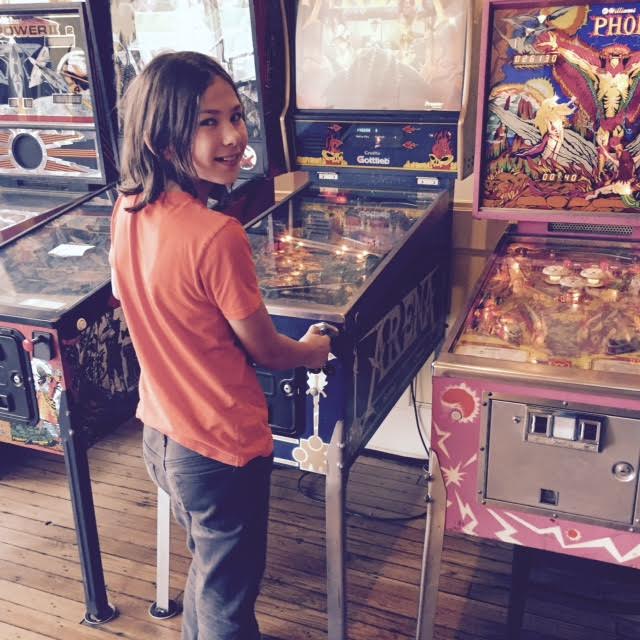 We ordered up some food. The Golden Pony has pizza, salads, burgers and some other great offerings. After eating we went outside and took Ziggy for a walk and then loaded in. 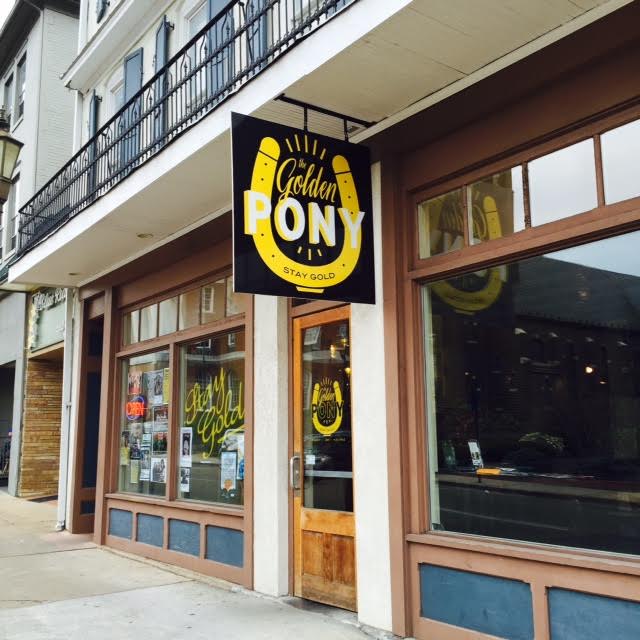 We were met by the sound guy, Eric, who remembered us from last year and set up the stage and did a sound check. He has a great sound system miked up all the drums and we were ready to rock. Everybody that works at the Golden Pony was very kind to us. The show started at 7 PM and we were the only band on the bill. There were people at the show that remembered us from the last time we played there and we had a great crowd lots of kids dancing to our tunes, showing the older folks how to rock ‘n’ roll! Always remember to keep young stay young be young. The support from the crowd was awesome we heard lots of cheers and sold lots of merchandise. We made up new T-shirts for this tour and everyone seemed to love them. Yes!

After the show we loaded up the RV and sat on the back porch of the Golden Pony (it’s really cool out there) and ordered some cappuccinos and iced coffees. On the way out we ran into Paul, the owner of Golden Pony, and had a great conversation about music, Harrisonburg and life. Paul’s a really great dude and we can’t wait to get back to the Golden Pony. Oh, and we got our free pizza (bands get a free pizza!) which we ate when we arrived at the RV park….after gig snacking. 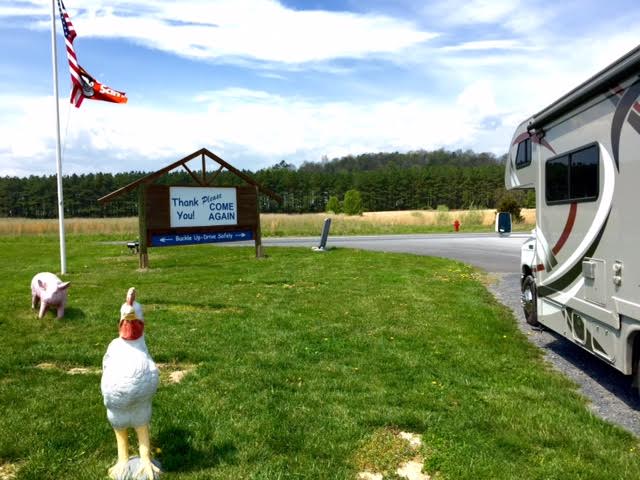 Waking up in the RV park was really nice. The park (Shenandoah Valley Campground) was very clean and had lots of fun things to do like tetherball, basketball, horseshoes, a playground and a pool. You name it, they had it. It’s a great family place and very clean. We took showers and I opted to take a shower in the RV. That was the wrong move because the water never got warm and I froze. Very cold! This would be our last RV park of the tour – kind of a bummer, but we are excited to play our final show in Asbury park at the Asbury Park Yacht Club. We got used to the sunshine and warm weather of the South and we were now heading into a cloudy and much colder day, but that won’t stop us from getting ready to rock! 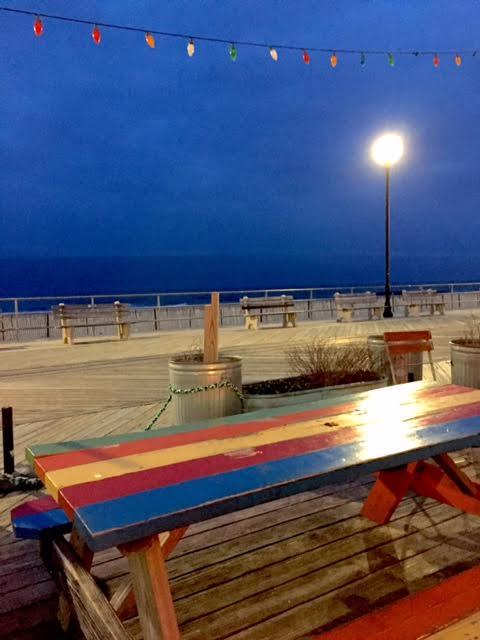 We showed up in Asbury and Eilee, Evren and Mom took Ziggy for a walk on the boardwalk while I, Joe, Dad, changed my guitar strings. It’s kind a cool having an RV to just chill out in. When everyone got back I had finished changing my guitar strings and we wrote a set list out. Afterwards, we headed over to Pops Garage for our free meal, yum, yum, yum. Sometimes you get perks like free food as a band and we are very grateful for that. Free food tastes extra delicious. I got a burrito, mom got a burrito bowl and Eilee and Evren got tacos. Yum, yum, yum! I also enjoy a sangria (so did mom).

After dinner we loaded in to the Asbury Park Yacht Club. The Yacht Club is an awesome place to play and Peter Mantis who books the Yacht Club is always funny, especially with the kids. I’ve known Pete since around 1991 when we played T-Bird’s Café in Asbury Park and he used a book there as well as the Saint where we used to rock is well. It’s crazy to be playing in Asbury as a family decades later. The place started filling up and we are ready to rock. Pete told us to bring all the confetti we have and that we did. Eilee brought a bunch of confetti cannons and confetti sticks. After the set the place looked like a rainbow exploded – like a skittles commercial but definitely cooler. We all felt the crowd’s roar as they were really receptive and ready to rock with us. Shut Up was up next and they laid down the fat, awesome, distorted punk rock, metal jams. Bob, the drummer, also plays in Gay Guy/Straight Guy and he was smashing and crashing the set like he always does. Shut up sounded great and had just finished recording out in Seattle for a new record. 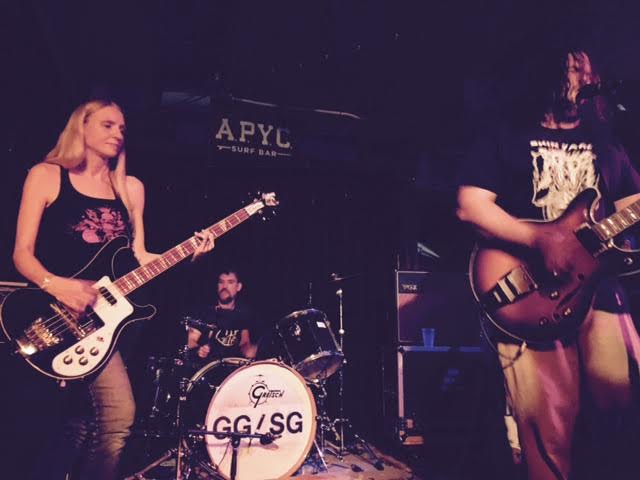 We said our goodbyes to everyone and gave out a bunch of rock n’ roll hi-fives and hit the nearest diner, the blue Swan. I had a salad because I wasn’t too hungry, but I did manage to help out with some disco fries. Evren had a cheeseburger, mom had a salad and Eilee had some chicken fingers and fries. 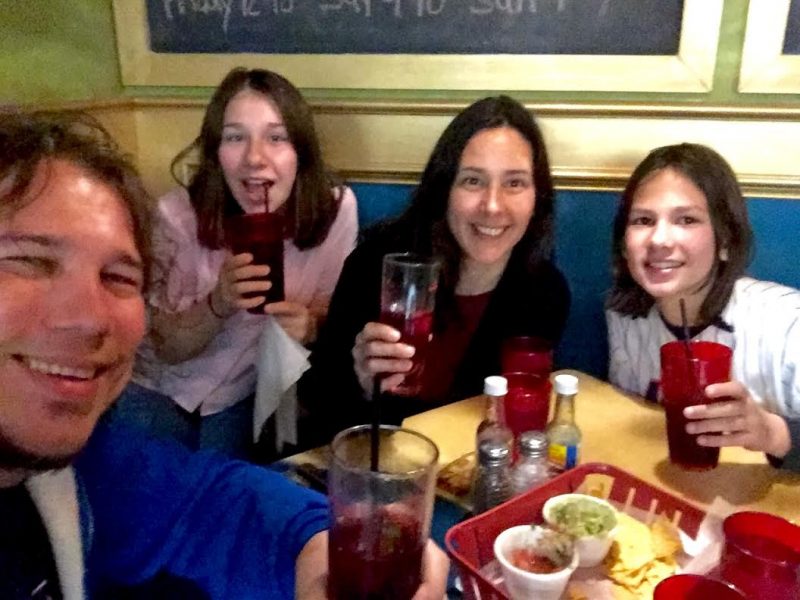 We got back into the RV for our last drive of the Spring Break Tour heading North up the Garden State Parkway. I was beat tired ankles were giving out my hip was aching in my mind was shocked pulled in parked behind RV plug it in and called it a night.

Thanks to everyone who rocked out with us, smiled, hugged, high-fived and supported us, bought some merchandise, let us park our RV in front of their house, fed us, and treated us like long-lost family. We can’t wait to get back out there hopefully again this summer. Peace, love and rock ‘n’ roll. A big thank you to You Don’t Know Jersey for featuring us and inviting us to write this blog. Thank you to all who played along with our trivia contests and watched our FaceBook Live videos. It was so much fun – I had a blast. Yum Yum Yum