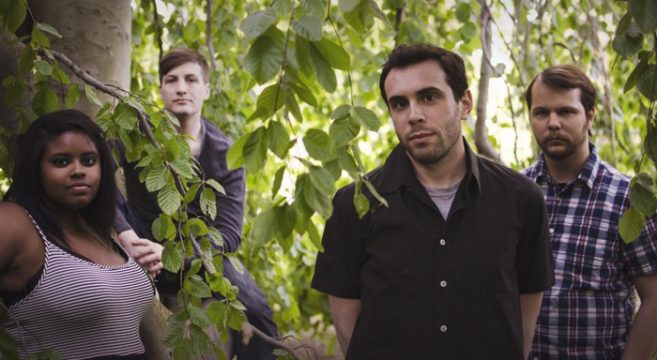 In Colors That I Like: Reviewing ‘Fin’ by Centennials

We start with a drumroll. Then minor key arpeggios and broad, menacing open chords welcome us to “Rarities,” and the ominous world of Fin, Centennials third – and possibly final – record. The first time we hear vocalist Rhonette Smith, one of the scene’s most underrated bandleaders, it’s to let us know that “I’ve been behind closed doors / Don’t know what I’ve been searching for.” 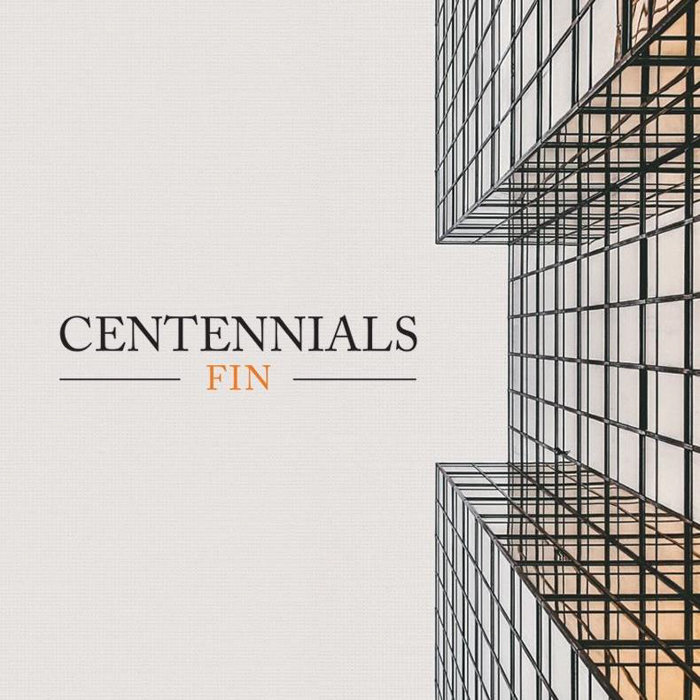 The band has charted a dark and unconventional course, zip-tying recent college grad Smith’s self-doubt to the “real world” concerns of her early/mid 30s bandmates, guitarist Stephen Hoydis, bassist Dennis Reitmar, and drummer/not-so-secret weapon Pete Stern. One asks “What now?” while the others ask “Now what?” At the end of the day, we the listeners benefit most from this push-and-pull. And bravo to whoever decided that recording these songs was worth the effort, because Fin proves to be an album of well-crafted introspection delivered with the grace of scene veterans who know exactly what they do best.

Centennials grew up on classic emo. And when “Castles in Spain” calls out Brand New with the line “The Devil and God are raging inside me,” I’m instantly transported back to the mid-2000s. But that’s nowhere near the best part of the song! That moment comes at 2:15 when the band quiets down, allowing Smith’s voice to hang just above the rest of the band. It becomes less a lead part and more just another instrument, complimenting the fully-locked-in rhythm section before another massive chorus. 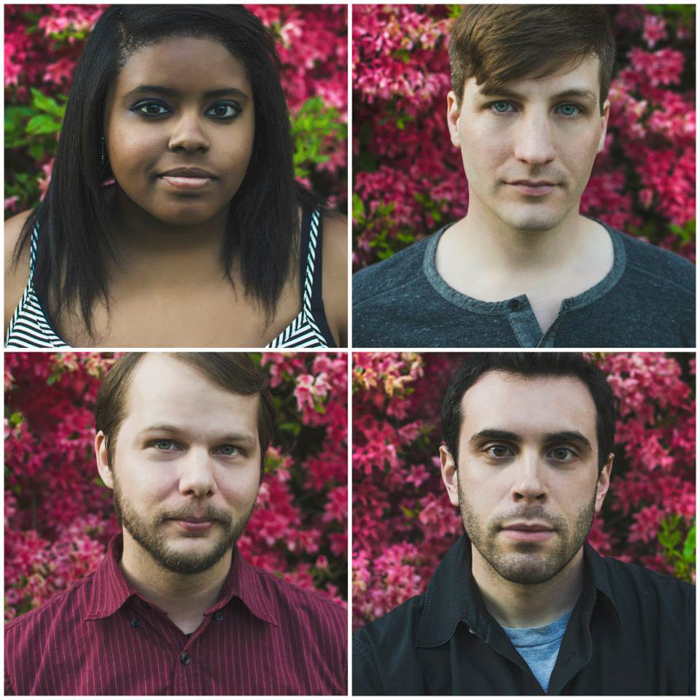 “Self-Talk” changes the pace considerably, with interweaving clean-tone guitar and keyboard helping to create an airy, almost cinematic quality. It’s Fin’s first stab at a major key, your humble author’s favorite track on the record and – with a little time – possibly his favorite Centennials song altogether! Clever drum programming echoes the Postal Service as the song itself acts as one continuous build. Smith airs her grievances, saying “It’s hard to be yourself / When you struggle with your confidence.” While it’s easy to empathize with the “we’ve all been there” nature of her lyrics, the music is just too good to let it bring you down. And Smith isn’t exactly throwing herself a pity party either. As the title suggests, she’s putting it all on the table in an attempt to move past those concerns. And when the song hits the 3:00 mark, Smith lets out a high C# that will knock you out!

On “Funerals,” Centennials pretty much seals the deal as quite possibly the scene’s best architects of the “long build.” Widescreen, contemplative, dramatic, but maintaining its intimacy, Fin’s penultimate track is yet another artistic highlight, utilizing a Hammond organ (played by Stern!)craft am ambience similar to “Self-Talk.” Meanwhile, Smith continues to ask herself big questions, “I wonder how I would be / If I move forward / On this one-way street?” Someone’s in a casket, people offer hollow condolences and Smith is just…standing there. She’s shaking hands and accepting sympathetic platitudes all the while continuing to air the same concerns she’s been airing throughout the whole of this EP. Except this time, they’re echoing throughout her head. Just before the ending, Reitmar and Hoydis chime in as the only two people in Smith’s “handshake line” that actually get it. They’re trying to be strong and maybe they will. But until then, things continue on and on and on.

We close with “Rumspringa.” The term comes from the Amish rites of passage where a person is forced to leave the community and is faced with a choice: stay gone or return, get baptized, and dedicate your life to the faith. This is the not-so-subtle message hidden within Fin’s first four tracks. The doubts and concerns, the self-help therapy, the introspection, and even the album title itself. The band hinted in a recent interview that Fin may be their last release for a while. Couple that with Hoydis becoming a father last year, Smith recently announcing her first solo EP, and Reitmar and Stern being seasoned and in-demand players, perhaps Fin is the band’s own Rumspringa. Let’s just hope if that’s true, they echo the choice of most of those Amish kids and decide to come back home. If they do, that’s a big win; New Jersey’s music scene is better with an active Centennials in it. But if they don’t, they’ve still given us five years and an increasingly-refined, challenging body of work – of which Fin is the undisputed highlight.

Pin It
Previous post:
Where’s YDKJ This Week? – May 12th – May 18th Next Post:
Signs of New Jersey – Heller/Heller in Nutley