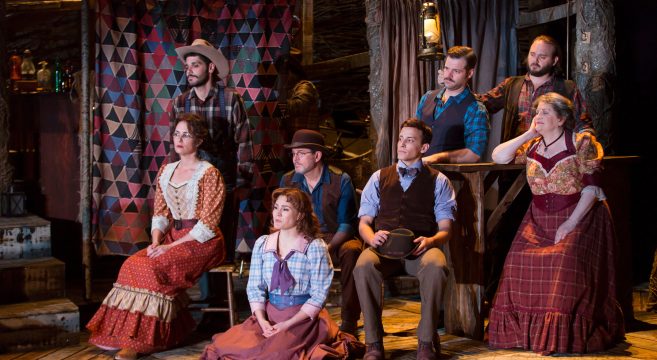 John O’Neill is not just YDKJ’s very good friend, he has been a music director and conductor for so many musicals that I can’t even keep track of what he’s worked on.  He’s currently the Music Director for The Ballad of Little Jo staged by Two River Theater in Red Bank. We spoke to him about the show and his career, below. 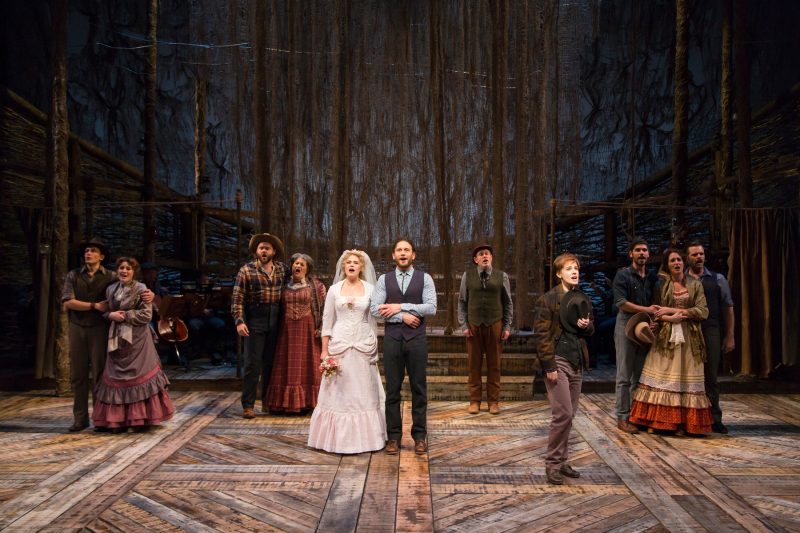 The show is inspired by the real-life-story of Josephine Monaghan— a young woman from Boston who, in the late 19th century, made a new life in an Idaho mining town disguised as a man called “Jo.” What an interesting and mysterious story! Featured players are Jane Bruce as Sarah, Daniel K. Isaac as Tin Man Wong, Eric William Morris as Jordan and Teal Wicks as Jo. 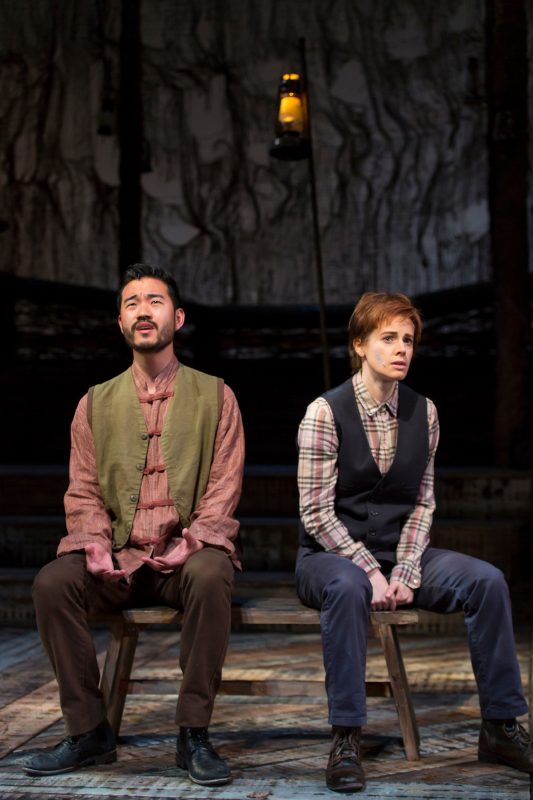 The show runs through Sunday, June 25th, so there’s still time to buy tickets.  We’re seeing it tomorrow night and it sounds like it’s going to be an amazing show.

John tells us a little about himself and his involvement in Little Jo:

1. Tell our readers a little about yourself and your musical theater background.  And, how has moving to New Jersey changed your career?

I have always loved musicals and theater.  Growing up in the suburbs of Boston, my parents would regularly take me into the city to see touring shows.  It wasn’t until my senior year of high school that I began to seriously consider music for my career.  That decision came about when my high school became the first school to receive the rights to perform A Chorus Line for the spring show.  This was a big deal, and I had already memorized the cast recording, including all of the piano solos.  As each night passed playing the piano part with our high school orchestra, I became more certain that I had to do musical theater for the rest of my life.  It was a scary decision because, although my family was supportive of a career as a musician, no one knew anything about such a career.  There were no programs for musical theater for musicians so I studied classical music and moonlighted with the drama department at Syracuse University playing for classes and musicals.  After college, I started playing for shows as a pianist and then began music directing and conducting.  These past few years, I’ve been focusing my energy on arranging, which has led to some very exciting opportunities.  I was recently dance arranger and conductor for the Spring Spectacular at Radio City and have done dance arrangements for several shows and artists.

My career has given me so many incredible experiences and allowed me to travel all over the world.  I’ve played and conducted on several Broadway and off-Broadway shows and have toured with shows throughout the United States as well as in Japan, Korea, Indonesia, Hong Kong, and Singapore.

2. Do you have a favorite musical that you’ve worked on?  Is there anything you haven’t worked on that you still dream about?

A Chorus Line is my favorite show simply because it drew me to musical theater as a career.  I had a fantastic full circle moment from my high school production days to the moment when I became Music Director for the national tour of A Chorus Line and played in Boston in the same theater that I used to go and see touring productions as a young adult.  It was a real homecoming for me and an experience I’ll never forget.

I really love working on new shows, shows that are in development.  I love the creative collaboration and problem solving that is required in making a new musical.  The Ballad Of Little Jo at Two River Theater has been a fantastic and rewarding experience in all of these ways.

3. The story of Little Jo is a fascinating one. How is it relevant in 2017 and what will audiences come away with from the story?

The Ballad of Little Jo is truly one of my favorite projects.  The score by Mike Reid with book and lyrics by Sarah Schlesinger is the best new score I have heard in a long while.  In the story, the main character, Josephine, is living in Boston at the turn of the century and is forced to head west to find a better life.  It becomes unsafe for a woman travelling solo, and she ultimately disguises herself as a man to make a living.  There are very poignant themes about what it means to be an outsider in a small community and how fear and lack of understanding divide us.  It is a great story told in the most beautiful way, and audiences are moved and inspired every night.  That is what I most want for the audiences—that they are transported by this beautiful piece.

4. How did you get involved in this staging of the play?

I have done several developmental readings of Little Jo with Two River and worked with the same writers on a production of The Wind in The Willows Christmas, which was produced at Two River Theater. Having worked on several shows at the Two River Theater, the theater feels like a second home to me now. It is a regional theater that is producing shows on a very high level in every aspect.

5. You’ve worked on Broadway and arguably on some of the world’s biggest stages. What are the advantages of regional theater over larger productions for cast and crew members?
Regional theater is so important for the communities it serves and for the artists it employs.  For the artists, regional theaters can take bigger risks in producing new or unfamiliar and  challenging works than most commercial theater can. As a result, beautiful works such as Little Jo can be fully realized and developed.  Regional theaters often have the artist live in the community and that allows a high level of creative collaboration since everyone is there to create new work. For the communities, it allows the arts to be present and available to everyone and unlike most commercial theater, Two River and many regional theaters have strong outreach and educational programs.

6. Two River Theater has interesting community outreach programs like summer theater camps and specific showtimes and dates when people on the autism spectrum can come see shows stigma-free.  How important is local theater for a community?  [answered by Two River Theater]

We are committed to opening our doors to all people. If you look at what Two River Theater offers each season, you’ll see a wide range of stories being told from many points of view. We are proud of that and feel that our artistic choices may help people feel welcome here. Furthermore, the theater has $20 tickets available for every performance, offers close to 40 free community events per year, provides 1,500+ free student matinee tickets to Abbott Schools per season and scholarships to students interested in participating in the Summer Theater Camp.

We often hear that our local families want more opportunities to bring their children to the theater. However, for many, the traditional rules of the theater (keeping quiet, staying in seats) propose a real barrier. We hope the introduction of Relaxed Performances help to break down some of these barriers and result in more parents and children feeling welcome, safe and excited to attend our productions.

Pin It
Previous post:
Little Big Toe Release Contemplative ‘Is This What You Hear In Your Head?’ – Interview Next Post:
Where’s YDKJ This Week? – June 24th – June 30th