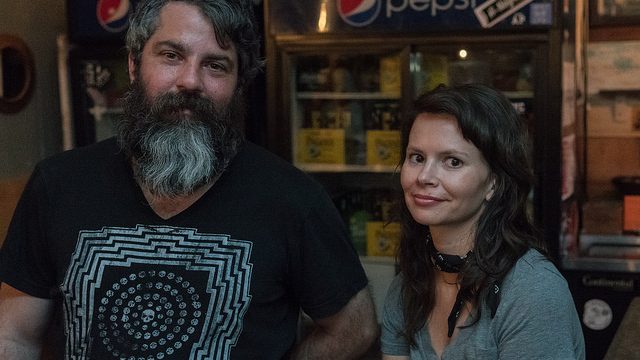 The Second Annual North Jersey Indie Rock Festival will highlight some of the amazing music New Jersey has to offer this Saturday at Cathedral Hall in Jersey City. One of the best additions to this year’s show, put together by Sniffling Indie Kids and Mint 400 Records, is expanding the line-up to include bands from other three additional local labels. I am extremely excited that Little Dickman Records is one of those labels. 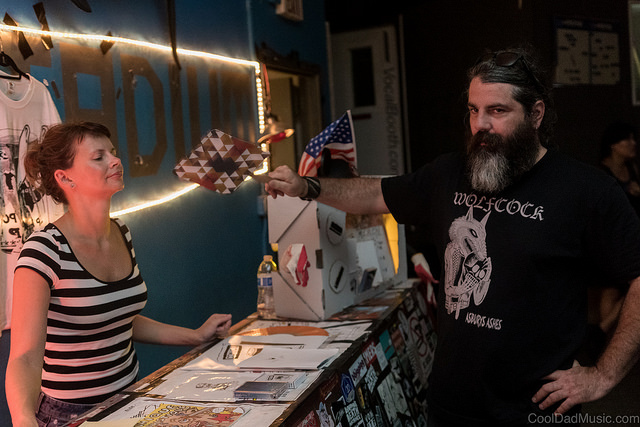 Formed in 2012 by Chris Yaniak and Amy Earixson, Little Dickman has been a force in the Asbury Park music scene. If there is a indie or punk show anywhere in and around the Asbury Park area chances are you will run into Chris and Amy. They tirelessly promote local music through the records they release and promote. I am pretty sure the first time I met them was at a Battery Electric show at Asbury Lanes many years ago. They were immediately engaging and the excitement they showed while talking about music was infectious. They also happen to be some of the nicest people in the industry. 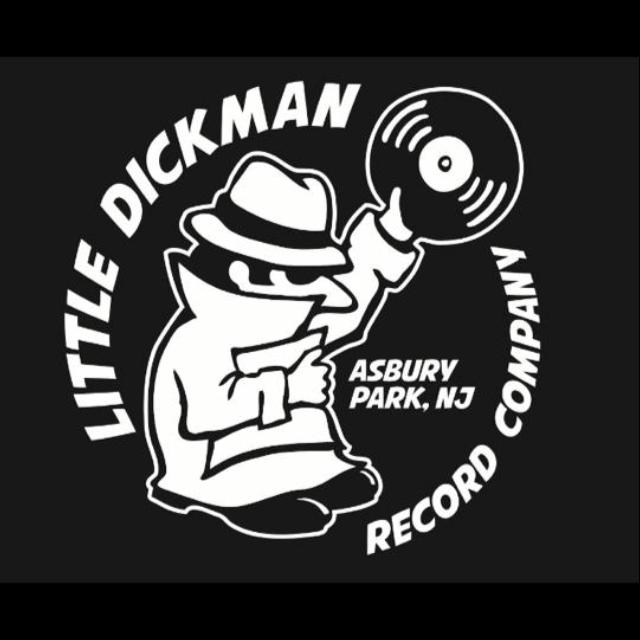 The impressive Little Dickman bands that will be playing the festival on Saturday are the indie surf-punk offerings of Dentist, experimental psych rockers Psychiatric Metaphors, the art punk of Fruit & Flowers, and the ever-rocking Rock n Roll Hi-Fives.

Chris and Amy answered a few questions for us.

AMY: We met through mutual friends at the Asbury Lanes one Sunday in Nov. 2009, then I hid in my car when I saw him at Borders the next week…

CHRIS: We met at Asbury Lanes, I showed her my phone.  She fell in love!

Why did you decide to launch a record label?And why Little Dickman?

AMY: All our friends were in local bands and we wanted to see if we could help them get heard on a broader scale. The name has many different meanings but I think its a great last name, and I imagine him (Morty Dickman, our mascot) as a Jerry Stiller type of character…

CHRIS: We were  going out to shows and saw a lot of great bands that were not living up to their full potential within our local music community…  They rocked, but it seemed like all the bands were stuck.  We often wondered why some of the bands were not bigger or more well known,That basically was because they were no playing anywhere besides  locally within 5 miles or they would break up.  From that we decided to just go for it and help a few new bands that were starting out, and some friends bands.  We figured if a band was serious and wanted to work hard, we would want to work with them on stuff like PR, setting a few cool shows/tours up and putting their music out on vinyl and worldwide digital distro.  We wanted to help get the word out about these bunch of cool new bands coming from the Asbury area.  This town had been a ghost town for too long and it was time to make some noise again within the music community. There were only a small handful of local bands and places to play at that time, now it seams like everyone has a band and there are like 20 places to play and someone is playing every night in those 20 places. .  There is a lot of music out there. Some of its good, a lot of it is horrible.  The name Little Dickman Records has a few different meanings.

What do you look for in a band that you are thinking of signing?

AMY: A feeling, a positive energy and a mutual respect.

CHRIS: As far as the music goes, I like music that moves you.  Something you can feel.  It has to feel fresh and it should intoxicate you and others!  The band has to be hard working, touring, dedicated, and willing to listen to or give suggestions.  Communication skills are a plus. 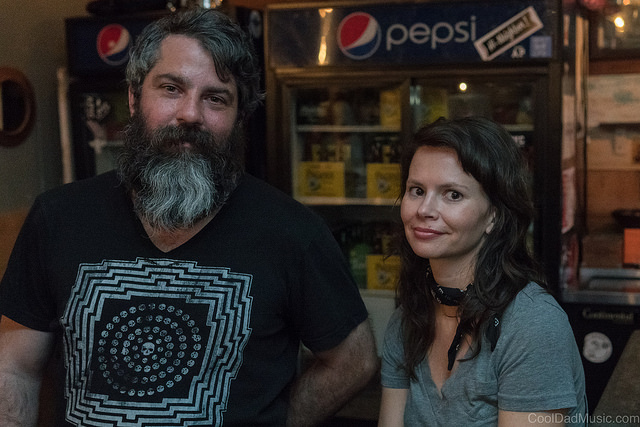 You just celebrated your 5 year anniversary. What keeps you motivated?

AMY: Its a tough business, its hard to tell what it is exactly that keeps us motivated, other than an intuition and luck with meeting amazingly talented people all the time that gives you something to be excited about.

CHRIS: First and foremost, we are working with some amazing people who make some really great music and keep working hard.  That alone keeps us going. We love music, and its always awesome and refreshing to find out about new bands.  You hear a band or about a band somewhere, then you catch them live and it amplifies that feeling even more.  Seeing people go crazy and having fun at shows is always positive, and people giving back good feedback and showing support at shows is a plus. Music is amazing.

How would you describe the current music scene in Asbury Park?

AMY: Thriving but saturated, if that makes any kind of sense…people need to support touring bands to avoid it becoming a bubble and eventually burst into cover band land, like the rest of the Jersey shore (note: I can say that because i have lived up and down the Jersey shore and Ive been deprived of good live music for long periods of time.)

CHRIS:  We are excited to be a part of it.  Some real cool venues. Lot of free shows.  We think more good touring bands should come through, and we try to make that happen.  A lot of the same thing happens.

I ask this as I also work with my spouse. How often do you argue about facets of the business?

AMY: all the time but he always gives in 😉

CHRIS: Amy is the boss.  Without Amy, Little Dickman would have fizzled out years ago.   She definitely works hard every single day taking Little Dickman to the next plateau .  While we do tend to disagree about a lot of aspects of the label, we always work it out and agree to do what is best and beneficial for the bands.

You are coming up north for the second annual North Jersey Indie Rock Festival. Other than availability how did you decide on the bands your are showcasing?

BOTH: We just wanna rock some socks off.  We know that people are gonna dig any of these bands.  Rock N Roll HiFives are the absolute coolest band and people ever! They are a rock n roll family band, and they rock so hard and they tour and they are such an amazing family.  They are the real deal, They blow me away!  Dentist are like the best band from the Asbury scene right now, they just played a huge festival in Canada last week and toured all across Canada earlier this year spreading the word about the whole Asbury scene and bringing their cool indie surf sound to people all over the place.  They blow me away!  Psychiatric Metaphors is such an obvious choice.  Their music is so heavy and loud, it knocks your socks right off and leave you speechless.  No one else around is making music like Psych Mets, they will blow you away, they blow me away!  Fruit & Flowers aka The hardest working band in NYC.  The band tours all the time and they make great music and people are gonna dig em, they blow me away!  Basically, these bands rock!

Five words to describe each other?