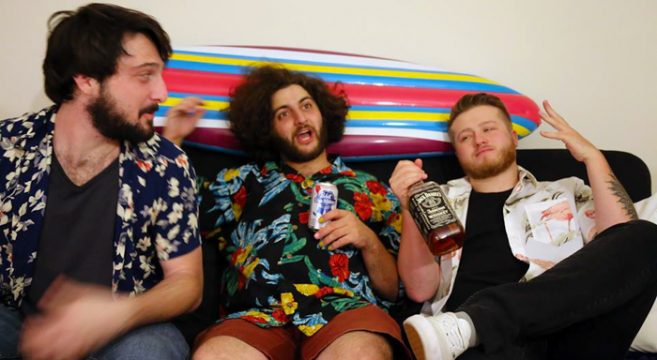 YDKJ is excited to premiere the new video “Pink or Green” from New Jersey musician John Cozz. When I first saw Cozz I was at the Meatlocker in Montclair and he was debuting his a short film H.A.G.S. (Have a Good Summer) which coincides with his upcoming EP of the same name. He was dressed in a button down shirt and a sports coat and looked every bit like a hungry, young director. He seemed a tad nervous about the viewing but needn’t have been. It was wonderful and the response from the appreciative crowd was downright heartwarming. The video includes snippets directly from the film. 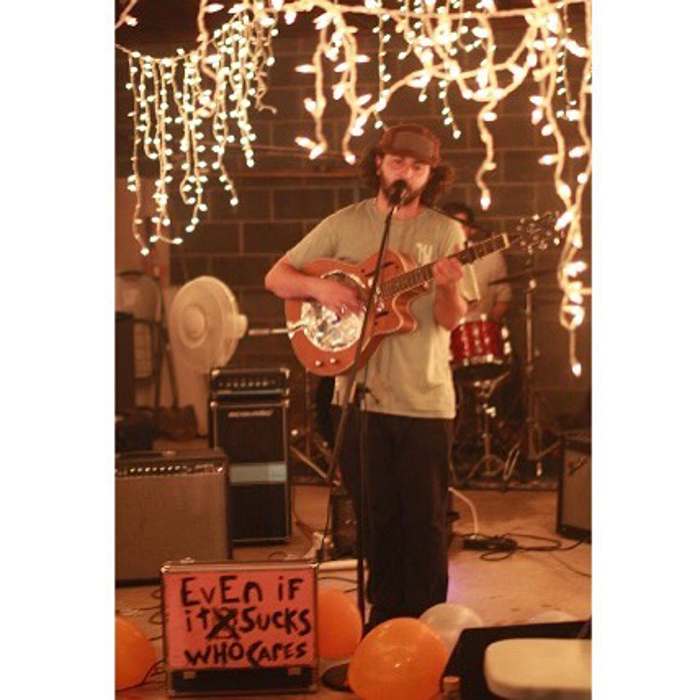 The punk infused song gets visual treatment that includes Hawaiian shirts, raw egg eating, making out and hard liquor. If you don’t blink you might just catch a glimpse of Sniffling Indie Kids co-founder Frank DeFranco. DeFranco has nothing but praise for Cozz. “I’ve only known John for about a year now but he’s one of the hardest working and ambitious people I know. For his last record, Salt Pepper Ketchup, he literally served breakfast sandwiches at his release show while including an entire comic for the CD booklet.” 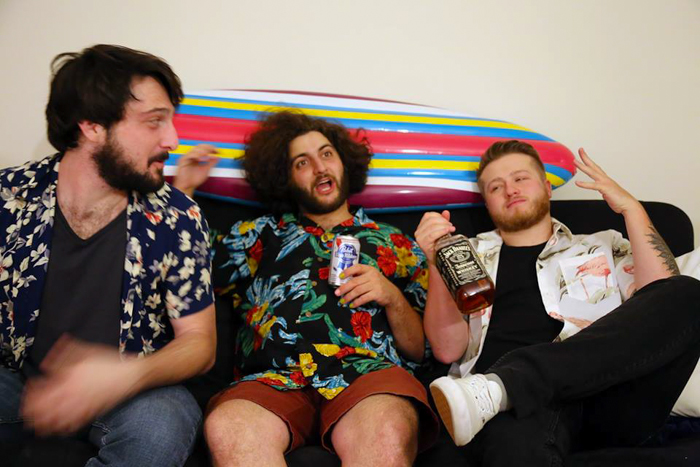 Adam McGuire, creator of New Jersey music site NJ Racket, concurs. “Each time I see Cozz play, with each album he releases, there’s such an apparent growth at each step of the way, both in his musical proficiency and in his confidence.”

Clearly this is an artist to keep an eye on. For now, feast your eyes on the video below.

Pin It
Previous post:
Pizza with the Band: The Vaughns at The Village Trattoria in Summit Next Post:
Where’s YDKJ This Week? – October 21st thru October 27th