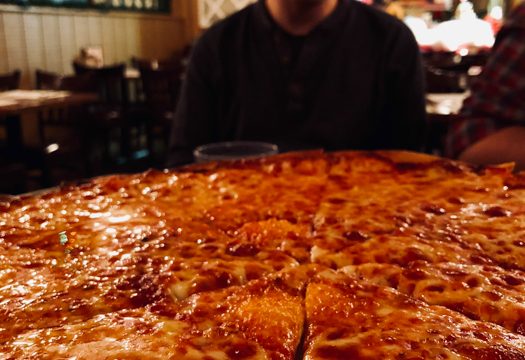 Pizza with Six Bands: Alpha Rabbit, Dust of Days, James Harold (aka “The Arrivist”), Jesse Elliot, Meeko Brando, and The Paper Jets at Federici’s in Freehold

“Just let your stomach do the chewing.” 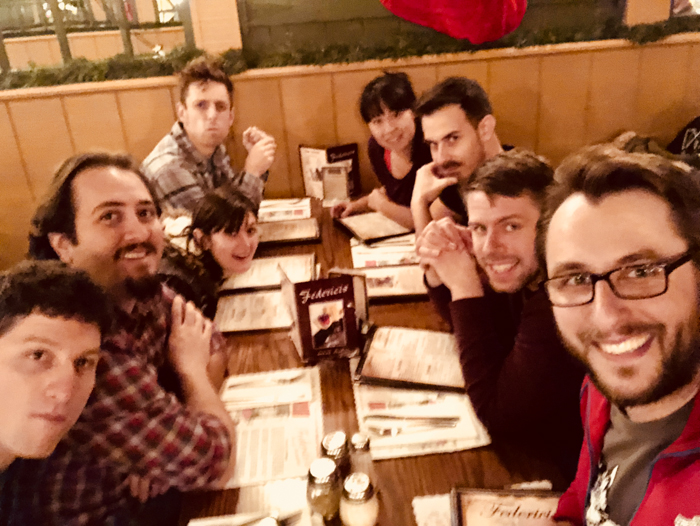 It happens every November. Like clockwork, the air takes on a dry, harsh quality; the wind cuts and an unforgiving, immovable cold settles upon our region for what will likely be the next 5 months. It’s also the season of Franksgiving, where Frank Lettieri Jr – frontman of Dust of Days, drummer of The Paper Jets, and occasional producer/engineer – celebrates his birthday! At the behest of Meeko Brando bassist/bandleader Scott Silvester, we all met up at Federici’s in Freehold to help Frank ring in his 35th year. Shortly after ordering our appetizers, I looked around, noticed the company I was in and offered a simple proposal: “Let’s do a ‘Pizza with the Band’ article!” As for who exactly that company was and which bands they play in, here’s the breakdown:

While we all remain connected through music, we know one another primarily as friends. Parker was the first person I ever met as a student at Rider University. I’d meet Frank the next year, and James the following one. He introduced us to Jesse Elliot four years after that. Scott Silvester started hanging around and brought Ewaskiewicz with him. Harold has known Yen since high school. We’ve all been playing shows together, off-and-on, for over a decade. 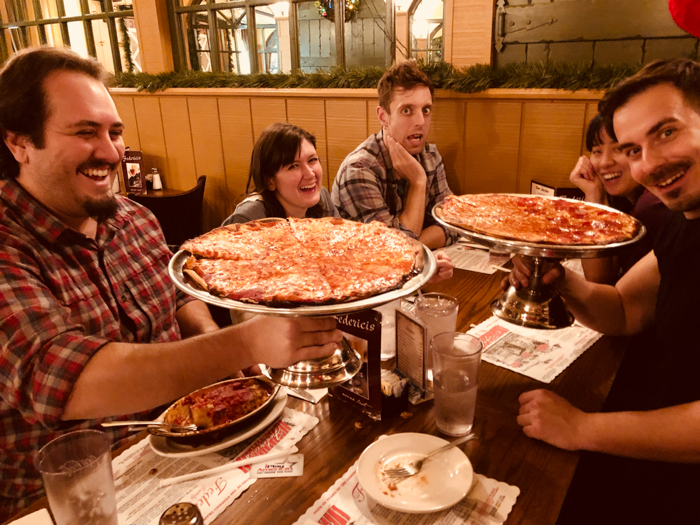 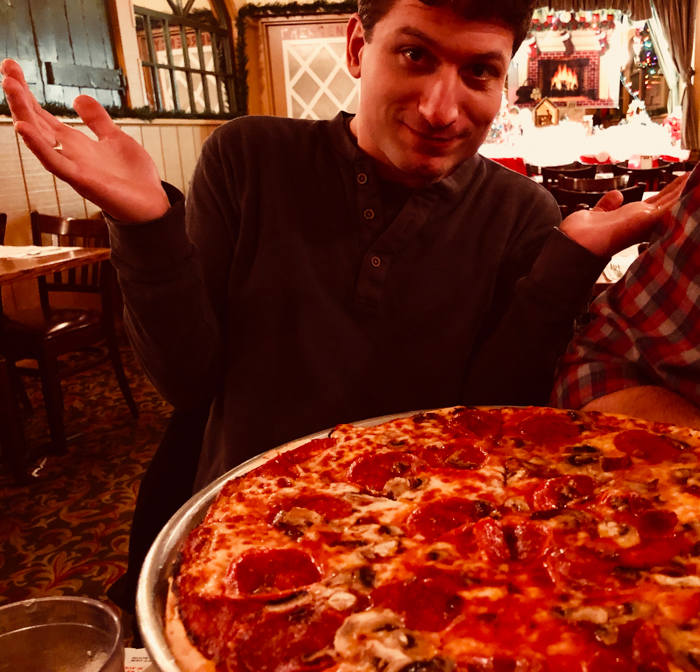 Since this wasn’t your traditional sit-down/interview segment, I just decided to dip in and out of the many conversations that were happening around me and focus on the common factor that brought us all together: food!

Four orders of mozzarella sticks and a couple ginger ale’s later, our food arrived. Lettieri and I each ordered a large plain pie for ourselves and he added Mama’s Special Lasagna which was served in a deep ceramic dish with sauce still boiling around this massive stack of homemade pasta, ricotta, ground beef and sausage. Elliot ordered a pepperoni and mushroom, Ewaskiewicz got a pepperoni, Harold added a half plain/half pepperoni, Parker got a vodka pie, Silvester took on the sausage while Yen took her pie with shrimp scampi on top. 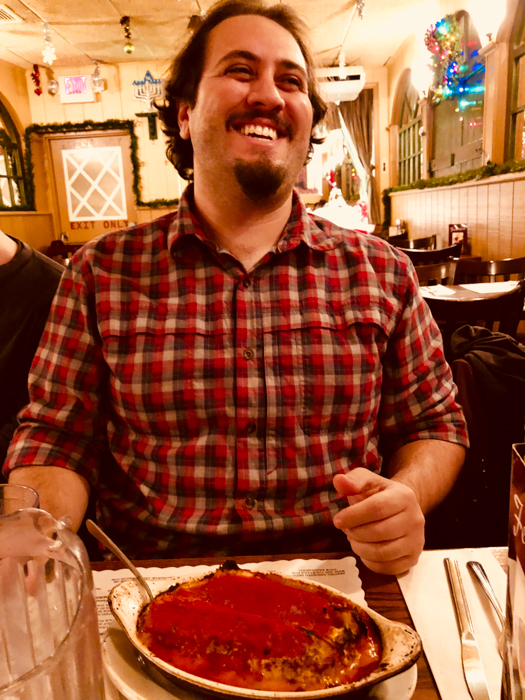 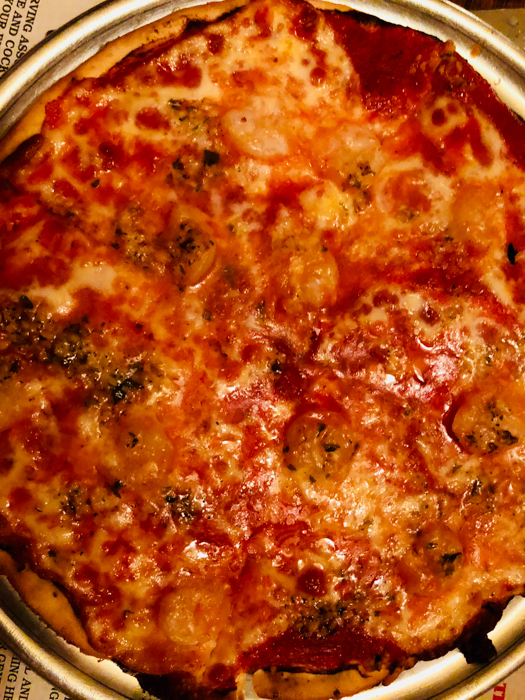 The pizza was an old fashioned thin-crust, cooked well-done so that the blackened crust broke apart as soon as you folded each slice. The cheese held firm and worked in perfect, savory harmony with the thin layer of sauce. 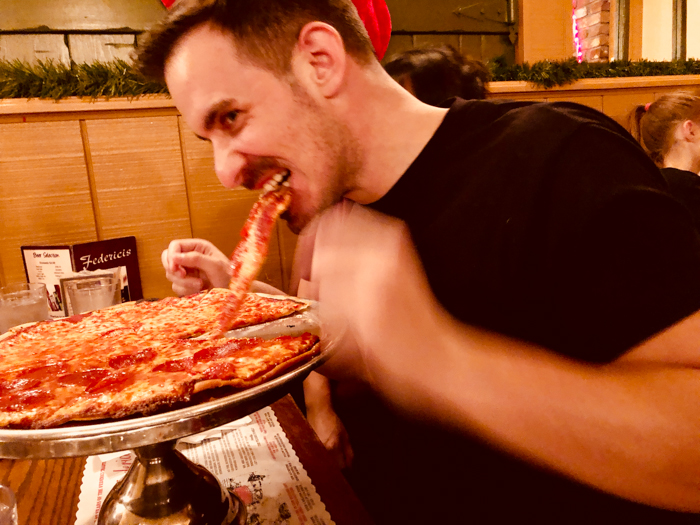 Since we were all there for Lettieri, it should not go unmentioned that his Dust of Days project will be playing two shows this December, their first since the release of their latest album Analog Mind Bender. Meanwhile, the other acts are all winding down their respective years. Jesse Elliot, Alpha Rabbit, and Meeko Brando all have one more show each, and while I’ve got three, The Paper Jets have none as we continue our work in the studio. Silvester’s Mixtape Nation television program is set to air its third season early in 2018. Here are each band’s forthcoming schedules: 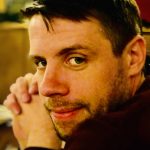 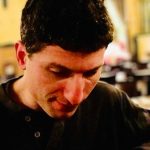 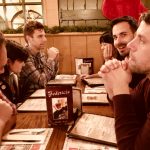 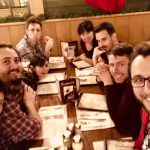 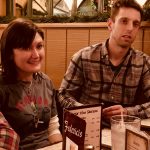 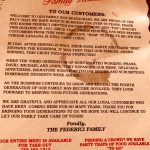 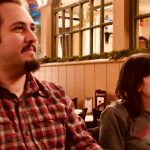 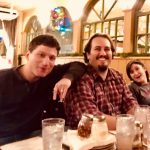 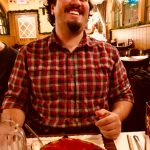 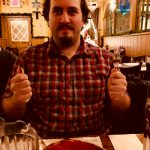 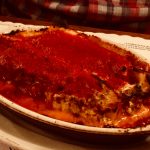 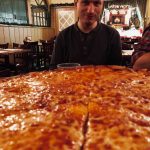 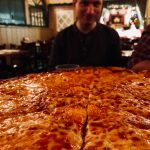 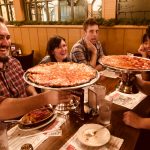 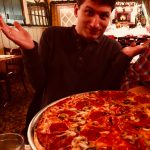 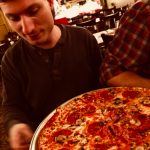 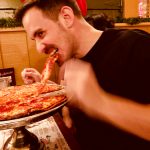 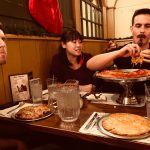 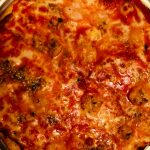 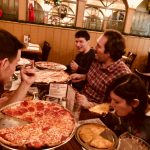 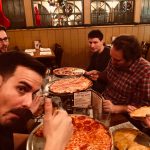 Pin It
Previous post:
Stuff This In Yer Face! Volume Three – Original Thanksgiving Music! This Year Is About The Side Dish! Next Post:
Yawn Mower Gets Noisy With ‘Silent Night’ Ahead of Christmas EP on Mint 400 Records