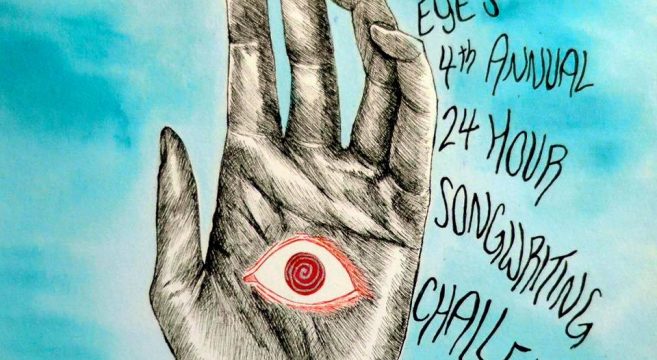 This and Nothing Else: Reviewing the 4th Annual Speak Into My Good Eye 24 Hour Songwriting Challenge Compilation (Part I)

Inspired by the spirit of the SIMGE 24 Hour Songwriting Challenge, I decided to review every single entry on last year’s compilation, giving myself only the length of the song to listen, reflect, and cohere my thoughts before moving on to the next track. I couldn’t pause, rewind, or skip ahead. If a song was two minutes, that’s how long I’d have to review it. And just like the idea that each of these artists only had 24 Hours to complete their contribution, you’re just going to have to take my word for it!

NOTE TO OUR READERS: After an exhaustive meeting with the board members on the hundredth floor of the YDKJ office tower, we’ve agreed this review should be split in two parts. Given this year’s staggering number of entries (fifty-eight!!!), we felt the decision would be to everyone’s benefit. Okay here goes…

Stay tuned for Part II coming in a few weeks!