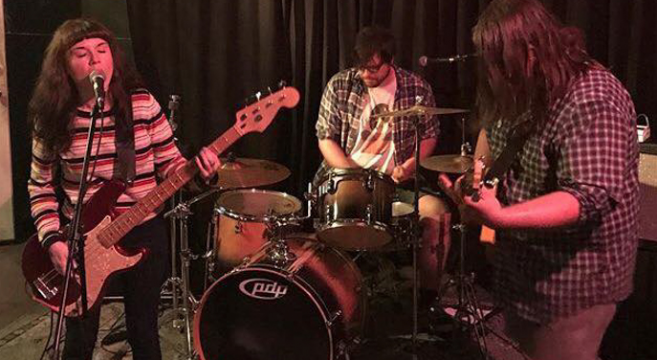 We are super excited to premiere the new Secretary Legs single “Plow The Atlas” from New Brunswick band Secretary Legs. A self proclaimed bunch of weirdos—therefore instantly likable—they are crafting some amazing indie post-punk tunes. Most of them in friendly, bite-sized, under three minute, oh let’s call them pop nuggets! 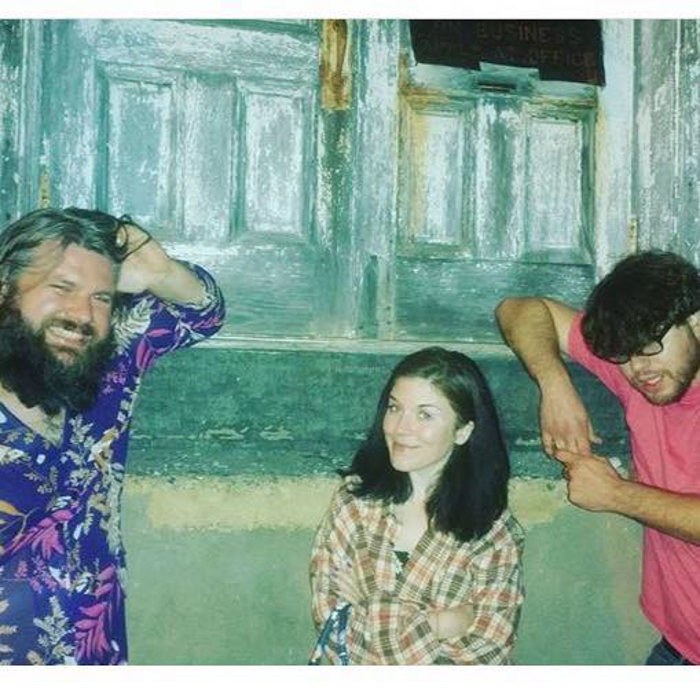 After some short and sweet feedback “Plow The Atlas” takes off on a Pixies-esque joyride on a bouncy bass and swirling guitars buoyed by Gogan’s airy vocals.

The trio of bassist/vocalist K.G. Gogan, drummer Eric Truchan, and guitarist Dashiell Coombs came together out of New Jersey bands brick mower and the Soft Maybes in 2015. When we last spoke to K.G. and Eric back in 2014 when Brick Mower’s excellent Teenage Graceland came out, they were busy training some rowdy cats. And now, you read it here first…they just got married!

After releasing two excellent EPs in 2015 and 2016 the debut full length Cool Myths drops on Sniffling Indie Kids on March 2nd on all digital platforms and the SIK web store.

You can snag a copy of the album early on CD at their release show this Saturday in Edison, NJ.

Pin It
Previous post:
Picture of the Week – Purple Glaze Next Post:
Helping Create an Artificial Reef in the Delaware Bay with the American Littoral Society