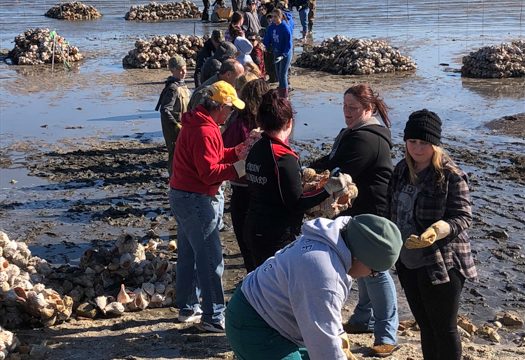 A few weeks ago, we told you all about our trip to Port Norris to bag up welk shells.  Last weekend, those bags along with hundreds of other bags of shells were taken down to the Delaware Bay in Newport, NJ, to build an artificial reef for spawning horseshoe crabs and other marine life.

The seashell reef was built in an area of the shoreline in Newport that had a seawall completely destroyed by Superstorm Sandy. Remnants of the seawall could be seen in several places around the beach.  It must have been a very big structure based on the number of giant pieces of concrete around.

The reefs are built by volunteers for the American Littoral Society.  They call these big project days their “Shellabrations.”  Previous reefs have been built in South Reeds Beach, Moore’s Beach and Thompson’s Beach.

When we arrived, there were about one hundred other volunteers and we were split in two with each group starting on one end of the reef area.  Volunteers ranged in age from very small children all the way up to very mature adults.  Pallets of the bagged shells were on the beach and our job was to bring the bags into the water for the more experienced people to actually build the reef sections. 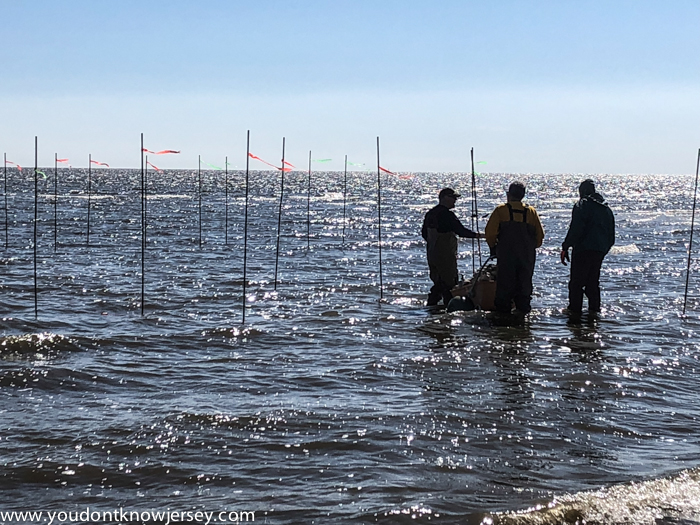 Some people had waders or tall boots, we did not so we stayed mostly on the beach.  It was very cool to watch the piles of shells rise up out of the water. 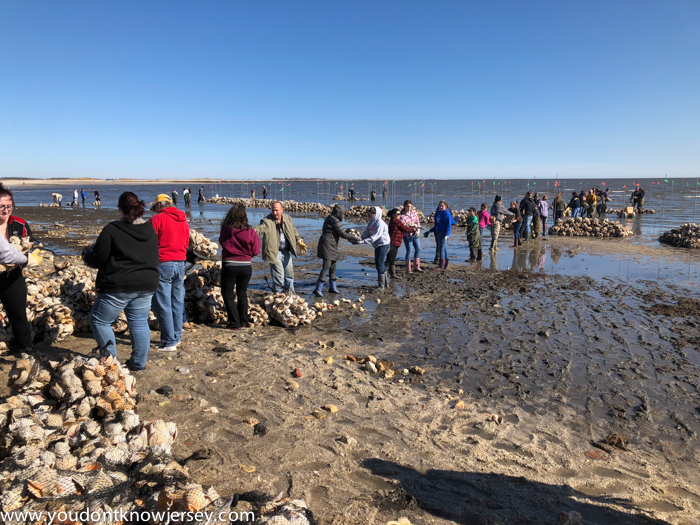 Sometimes, lines like this were formed and other times it was easier to just have everyone grab a bag or two and walk it right down to the water.  It seemed easier on the volunteers to set up these lines and just pass the bags down but it also seemed to go faster when everyone just carried bags all the way down the beach themselves.  Regardless, of which methods we used at which times, we were all done in about two hours. 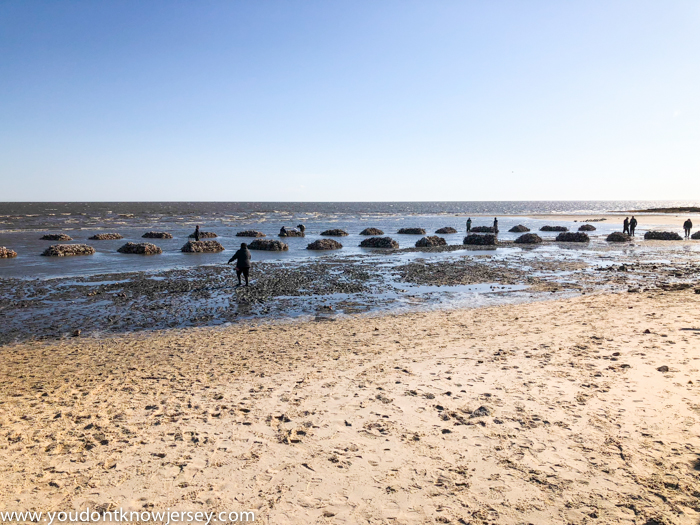 We were treated to a barbecue dinner afterwards from Spanky’s BBQ in Cape May.  We were too hungry to get a picture of the food but it was all very delicious.  Entrees included cheeseburgers, hot dogs, BBQ chicken and pulled pork sandwiches.  Their potato salad was out of sight! We both had hearty second helping of it.

We enjoyed seeing the reef building process from start to finish since we bagged shells, too.  It felt really good to help some marine life and be outside for a nice Spring day down on the Jersey Shore.  Check out all the pictures from our day in Newport with the American Littoral Society: 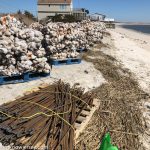 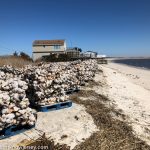 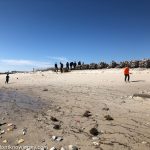 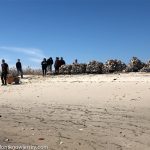 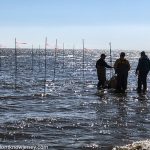 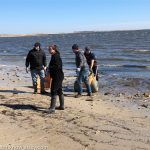 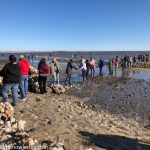 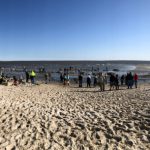 Pin It
Previous post:
One More Time with Feeling: Reviewing Born to Run by Lowlight Next Post:
Where’s YDKJ This Week? – April 6 thru April 13