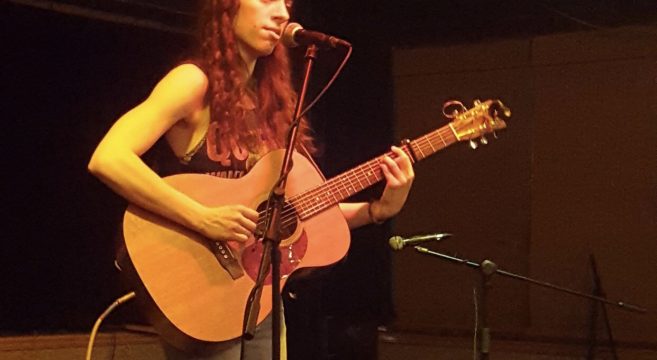 Saturday was a whirlwind of poor planning but solid execution. I woke up around 8:30 am only to be greeted by the company of a lovely, very hungover couple. They were kind enough to show me where to get breakfast. I got bacon, egg, cream cheese, and tomato on a bagel but it honestly was not as good as North Jersey bagels. While I was waiting for my food I realized that I had left my bag of food (that I packed) back at the house, so I had to make a quick stop back there before starting my unreasonably long drive from Ithaca to Burlington. 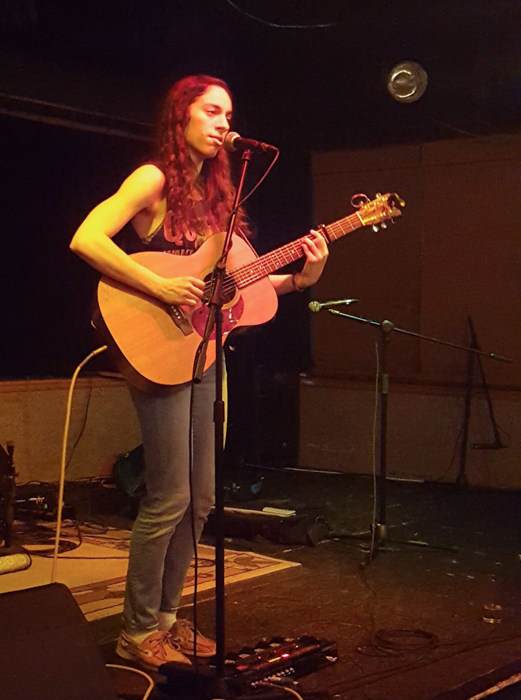 Now, I’m not sure if any of you have looked at a map of New York and/or Vermont. I certainly hadn’t until last Thursday. Turns out that Ithaca and Burlington are about six hours away from each other by car. So the majority of Day 2 was spent making the trip to Burlington so that I could stop at my host’s house, quickly shower, and make it to the show on time. I did miss an exit and see Lake Champlain accidentally, so that was cool. Point being, look at maps when you’re planning tours.

I arrived at my host’s house on time. She’s my former basketball coach from when I was about… 12 or so? Seeing each other is always a trip and it’s been really nice to have her company. The show itself was incredible. I played two sets during dinner time at The Skinny Pancake in Burlington, VT, right on the waterfront. While I was there I got two crepes, one savory and one sweet. I sometimes get nervous playing in restaurant settings, but it turns out people in Burlington are super nice. Like I said, I don’t know what I’m doing, but I think I sound alright. 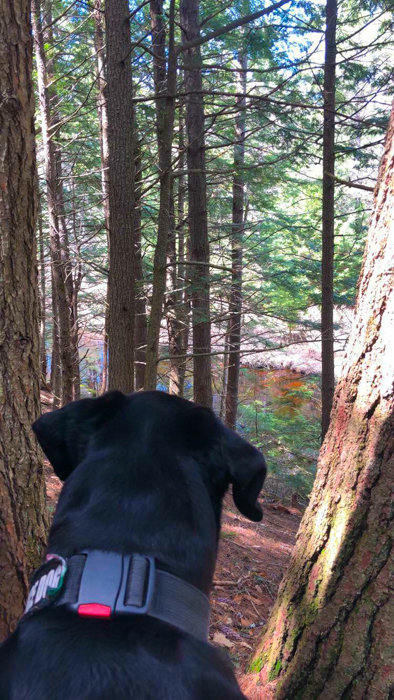 Pup snuggles awaited us upon arrival home. I just spent the last 30 minutes or so with a wonderful puppy’s snout nuzzled in my back while I watched TV on the couch. I would consider that a positive ending to an otherwise very long-but-still-enjoyable day. No show tomorrow, so I’m going to enjoy sleeping in.

Sunday was my day off. Minimal driving, no gig, just relaxing and coasting through the day. I woke up around 10, emerged from the guest room around 11, and headed into town with Coach for breakfast, groceries, and gas. I got a bagel with cream cheese and bacon and it was way better than the one in Ithaca. I also got a smoothie because fruit is important too.

A little while after we got back from errands, Coach’s daughter, my friend, Heather, was on her way in from out of town and asked if I wanted to meet her in town for a drink, which I did. I met her friend Chris and we had some margaritas and talked about different strategies in Settlers of Catan. Heather and I headed back to her parents’ place for dinner which was burgers and homemade mac and cheese. I’m not always a fan of red meat, so I stuck to the mac and cheese and chopped up a couple apples into it. It was absolutely delicious and brought me back to the days when Coach hosted pasta parties for the soccer and basketball teams that I played on. 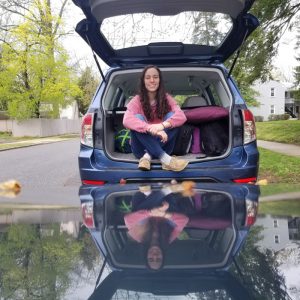 Heather invited me to crash at her place because it’s closer to where I’ll be playing tomorrow, and I took her up on it. We drove over an unpaved road to cut the drive down and the only word that I can think of to describe that leg of the journey is treacherous. But it was also kind of fun and we made it to her place safely. Now I’m back in my sleeping back, just talked to Roger for 45 minutes (and Calcifer too–he meowed in the background). I can feel how much of a whirlwind this trip is but I don’t really think it will hit me until it’s over. Right now I’m still extremely happy to be on the road and really looking forward to the rest of the shows, starting tomorrow morning with a brunch session at Bagitos Burritos in Montpelier, VT.

I was woken up Monday by a dog snout in my face inside my sleeping bag. It was startling but ultimately a great way to start the day. I got in a few episodes of Weeds on Netflix before heading into Montpelier to play at Bagitos Bagels and Burritos.

I arrived at the cafe around 11 am with a scheduled start time of 11:30. This gig was totally acoustic but luckily the sound carried throughout the room. Lots of people hung around on their lunch break and I chatted with them in between songs. It was a fairly intimate setting and it felt nice to converse with such kind and open hearted people. One woman even left and then came back with a man who I’m assuming was her husband, so that was pretty cool. After I finished playing I ordered a burrito bowl and a burrito to go. Both ended up being delicious. 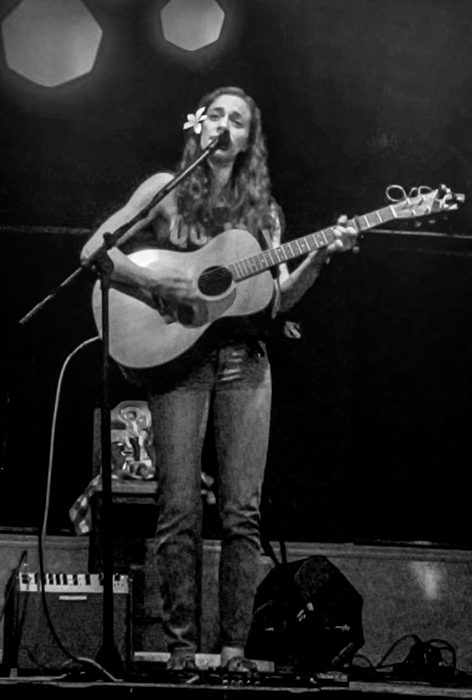 I checked in and immediately took a very long, hot shower. The water pressure here is perfect. I watched a bunch more of Weeds and at the burrito from Bagitos. Two delicious meals from there in one day. If you’re ever in Montpelier, VT, I highly recommend you stop in. Tour has been a great experience so far and I’m feeling confident that the remainder will also go very well.

Woke up in Manchester, NH, with a couple friends and yet another pup (which I failed to get a picture of–sorry!) in a hotel room. Got hotel breakfast and was somehow convinced to go on a hike. It ended up being a really beautiful walk and was just the thing I needed to relax. We got back to the hotel, showered, took a quick nap, then headed off to Show Number 4.

It was at a place called Bungalow Bar & Grill across from a bowling alley. There was beautiful jazz music playing over the house system while we waited for the show to start. Once again, the people at the show were all very friendly and hospitable. A new friend of mine named Phil, aka Astronaut Mike, set up the whole show for me. This was the first gig on the tour since Ithaca that was an actual show rather than just a restaurant gig. Astronaut Mike opened the show followed by Hansen Barlow who sang a great song about loving cats, followed by Chelsea Paolini of People Skills. She also used a looper and I felt that we were kindred spirits in that. It was great seeing local acts and getting to know them. I played last and I think I sounded alright… Phil made sure I was taken care of all night and even bought me dinner, so I bought a pitcher of beer for us to share because sharing is caring.

I’m still blown away by how well this tour is going. Each stop has been much better than expected and the people I’ve met have been exceedingly kind. I’m very much looking forward to the remainder. I’m planning on seeing old friends in Boston and NYC and hopefully meeting some new ones.

I think I might know what I’m doing a little bit, and I’m pretty sure I still sound alright. On to the next!

Pin It
Previous post:
Free You Don’t Know Jersey Burgers Today! Next Post:
Where’s YDKJ This Week? – May 5 thru May 11