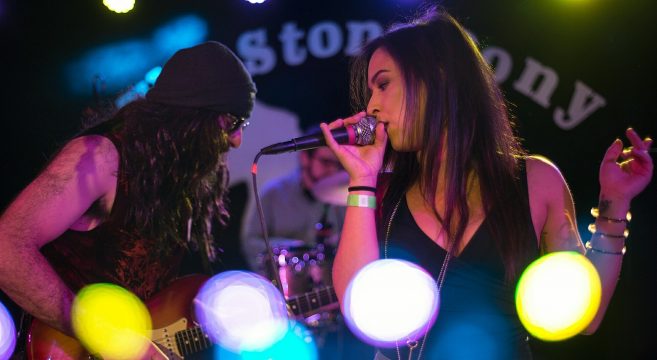 While singer-songwriter Natalie Farrell is gearing up for the release of her upcoming EP, Natality, music lovers everywhere are getting a taste of what’s to come with the new video for her single, “Exhale.”

It’s no secret that life can be stressful at times. Inconveniences arise, and some challenges seem just too daunting to tackle, but despite the hardships there always seems to be a light at the end of the tunnel. This is the sentiment Farrell seeks to impart through “Exhale,” and she does so beautifully.

Every element of the song works together to create an air of tranquility that encourages anyone within earshot to “take a deep breath” and “exhale” their worries away. From the mellow rhythm that’s impossible to not sway along to, to the undeniable realness of the lyrics, everything about this track evokes a sense of calm. Not even the most stressed out Monday morning commuter stands a chance against the smooth melody and Farrell’s warm vocals.

The video for “Exhale” compliments the song perfectly, adding a whole other layer to the already superbly crafted track. The alternating between artful shots of Farrell walking down the boardwalk at sunset and preparing for a show are broken up with intermittent scenes of friends drinking, laughing, and having an all around good time. The smiles are real, and for a second it’s almost as if there’s not a care in the world, just like the song describes. It’s moments like these that drive the feeling Farrell has taken inspiration from, and it’s reflected perfectly in the simplistic, joyous shots that make up the experience that is “Exhale.”

Natality will be officially released Friday June 22nd, with a free show at the Asbury Park Yacht Club to herald its arrival, so mark your calendars!