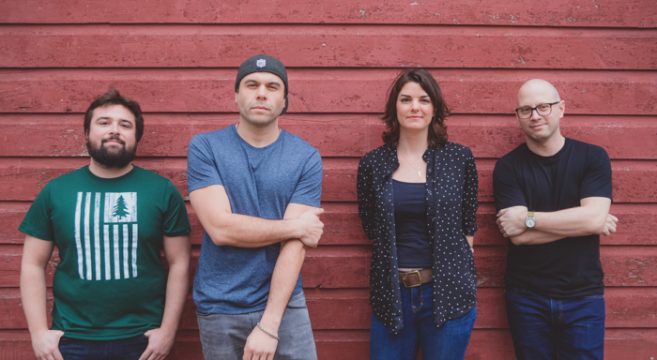 Review: Above The Moon’s Hard-Hitting EP ‘Pattern You Create’

They say that music is an extension of the self. That being said, whoever “They” are would be absolutely blown away at the level of depth Above The Moon has managed to imbue their newest EP with.

Above The Moon is an indie rock four-piece from Madison, NJ with a knack for writing instantly captivating songs that will have listeners reaching for that replay button over and over again. Consisting of Kate Griffin (vocals/rhythm guitar), Shawn Murphy (lead guitar), Chris Margin (bass), and John Gramuglia (drums), the band has been making their presence known across the tri-state area since late 2016. 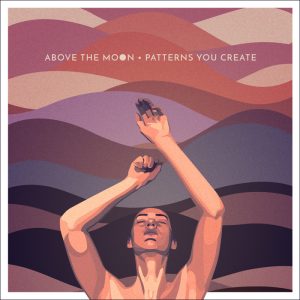 Patterns You Create was released to the public April 27, 2018, offering an array of refreshingly real tunes that somehow manage to be amazingly catchy while touching on some of the more unpleasant parts of being human. Don’t be fooled though, this is hardly a sad album, but rather an eye opening experience inviting listeners to hit that reset button, acknowledge their emotions, and face the world with a newfound sense of vigor.

The EP opens up with a bang as “The Grey” jumps right into the heat of it with a heart-pounding beat and intense guitar that immediately catches the attention of anyone within earshot. Griffin’s powerful vocals evoke chills as the song’s vivid lyrics tug at the heartstrings. Visual in nature, one can almost watch the “silver linings turn to grey,” and feel every implication that comes with it. 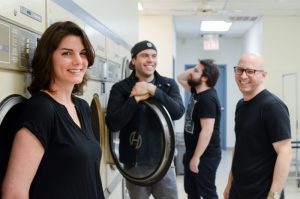 “San Junipero” is a heartfelt masterpiece of sadness and resolution. The use of vocal layering adds amazing depth to the song that is mirrored in the beautiful way it was crafted.There’s a sense of openness and reliability to it, allowing the melancholy to mix with hope that can only be leaned through real life experiences.

There’s a brief tone change at the midpoint as “Underneath Alice” rolls in slowly with a deceptively mellow opening that builds as the song progresses. Gradually becoming more full as the vocals and drums that began the track are joined by the bass, and then the guitar. This places an emphasis on the vocals before the rhythm goes into full swing. As the song swells so does the feeling it evokes in those listening. There’s something absolutely enthralling about it that simply has to be experienced first hand.

“Fight The Sea” is fast-paced and high-energy track with one hell of a flow, much like the raging sea it harkens too. There’s a sense of power in every element that sparks something in listeners. This is a solid song to listen to when you need to get hyped, it’s literally a song to prepare you for battle (metaphorically of course.) Good luck not dancing along to this one as it inspires you to take the world by storm.

Patterns You Create ends on an introspective, relatable note with “Never Been Enough.” This song touches on some human elements that aren’t always easy to face, and that is reflected beautifully in the emotion Griffin’s stunning vocals convey. The echoing “it’s not enough” mirrors the mental process uncertainty can imbue in someone dealing with self-doubt, becoming a self-defeating mantra in the process.

All in all, The Pattern You Create is one rollercoaster ride you don’t want to miss. Ten out of ten, would definitely recommend. Luckily the EP is available on Spotify for all to enjoy.