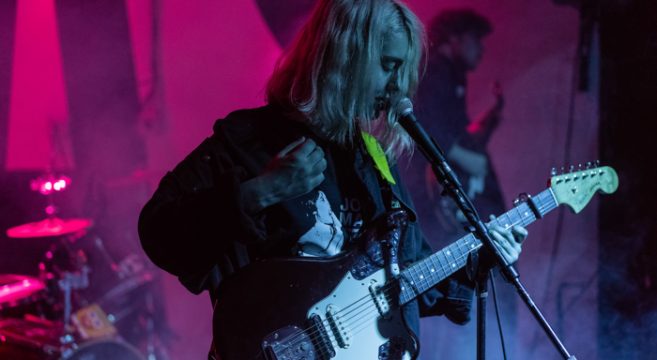 Our friend Jim Appio, Cool Dad Music, covers music like no one else, especially in the Asbury Park area. His passion comes through every article, Instagram post and conversation if you have been lucky enough to “talk shop” with him. A recent ruling by the Division of Alcoholic Beverage Control threatens the incredibly diverse craft breweries in New Jersey as well as musicians and artists. He graciously allowed You Don’t Know Jersey to share his article about the issues surrounding this legislation below.

Speak Up on This One

Asbury has been going through lots of changes in the last several years. Not all of those changes have been good and not all of them have been bad. What you think of it all really depends on your point of view. One of the really positive things that has come along recently in Asbury Park, though, has been the Asbury Park Brewery. Not only has Asbury Park Brewery become a thriving business whose beers you see at various establishments throughout the state, but its physical plant has also become a center for community activity and independent creativity.

Several nights per week, Asbury Park Brewery plays host to live music. CoolDad Music has held a couple of events there; and I’ve seen some great shows. These have been the types of acts that would have passed by Asbury Park without a welcoming, independent space like the brewery. Snail Mail, Summer Salt, Remember Sports, Annabelle Chairlegs, Hurry Up, Two Inch Astronaut, Beach Rats, and many, many more, including tons of local bands.

And it’s not just music. There have been charity events, product launches, guitar gear demos, and many other activities that have allowed independent-minded creators, innovators, and just members of the community to come together. 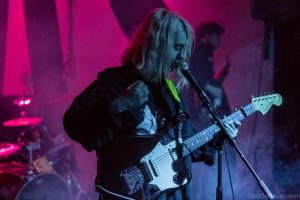 That’s all being threatened now as the state of New Jersey places the interests of existing bar owners ahead of encouraging the growth of small business and community. A “special ruling” put into effect last Friday by the Division of Alcoholic Beverage Control limits to 25 the number of activities that tasting rooms like the one at Asbury Park Brewery may host in a year. That includes simply SHOWING SPORTS ON TV! According to a post over at the Independent Craft Brewers of New Jersey site, these 25 events will be subject to approval by the state.

Between now and the end of October, Asbury Park Brewery has 17 shows scheduled. That’s 17 opportunities for bands and artists to interact with a community that is hungry for something other than the corporate-run, big money shows that are taking over the rest of the city. That’s to say nothing of the other types of events that I’m sure will also happen over the same short span of time. Maybe, to state regulators, 25 events seems like a reasonable compromise; but given the importance that places like Asbury Park Brewery have taken on in their communities, it’s woefully inadequate.

Listen, I haven’t had a drink in about a year. It’s not about the beer, at least to me. Original art and music and innovation need places to thrive. Communities need independent spaces where they can come together that aren’t about trying to commoditize alternative culture into some kind of hip street cred. We all need places like Asbury Park Brewery to keep doing what they’ve been doing. I’m not sure what the solution is given the current state of NJ liquor laws, but legislators and regulators need to find something that works in the name of preserving New Jersey craft beer, community, and culture.

There’s a petition that you can sign here. You can try contacting your state legislators and letting them know where you stand on this issue. It’s worth a shot.

See you at Asbury Park Brewery tonight for PEARS, The Vansaders, Rough Spring, and Hot Blood.

about the author: Jim Appio

Jersey Shore dad who spends way too much money and time feeding my obsession with music. Cool Dad Music