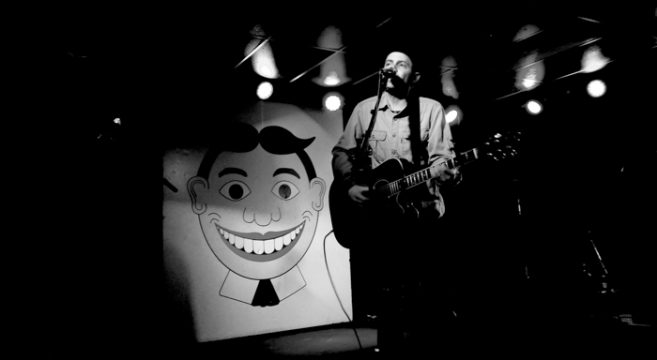 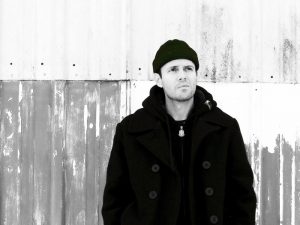 You Don’t Know Jersey and Cocotazo Media have teamed up to host a performance at Stosh’s in Fairlawn on Saturday November 17th for the release of Stuff This in Yer Face!, a benefit compilation supporting the Human Needs Pantry in Montclair. Each year since 2015 we have released a collection of Thanksgiving songs that are both sentimental and fun. 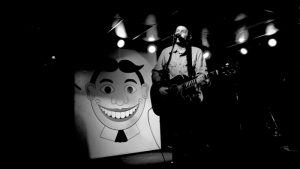 Singer/songwriter Dennis King, aka Sonofdov, has a way of conveying universal feelings of yearning, sadness, joy and searching for that something, anything, that drives all of us. His contribution to the compilation, “Crimson Road,” is a perfect example of this. King describes the song as “a bittersweet trip down a road of melancholy ache” while at the same time thankful to have the memories. He writes songs that bring to mind Bruce Springsteen’s Nebraska or Kerouac’s On The Road with their beat characters searching in the night. 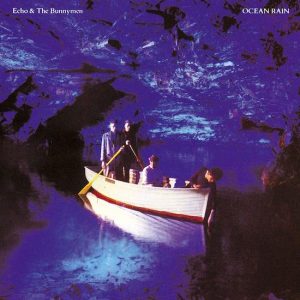 Echo and The Bunnymen – Ocean Rain

My post-punk tastes were pretty typical, The Smiths, early U2 and the like, but The Bunnymen’s melodramatic flare struck a chord with my own dour tendencies. With songs like “Killing Moon“, “Nocturnal Me” and the title track closer “Ocean Rain”, became a trifecta of ache. Ocean Rain is an old reliable friend who truly gets me, even when the sun is shinning.

The Pogues – If I Should Fall From Grace With God

I was a bent 20 something year old and searching for the Holy Grail. I thought I found it in Bukowski and The Pogues. If I should Fall From Grace With God brought me a little closer. The traditional Irish music along with Shanes cantankerous approach felt right at the time.  As I lived with this album, the value of Shanes writing grew on me and his dedication to the standards helped me appreciate the art form even more.  When I listen to it now, I take notice, even if everyone is covering “Fairy Tale of New York”, I’ll listen to all of them, its a true classic.

This record is a mix of Scottish field recordings wrapped in a warn blanket of melancholy bliss.  Kenny Anderson (AKA King Creosote) is one of those prolific songwriters who places you in the narrative. You see and feel your surroundings as the Scottish North Sea rolls by. Too many songs written by Anderson, but this album stays with me, even when its not playing. 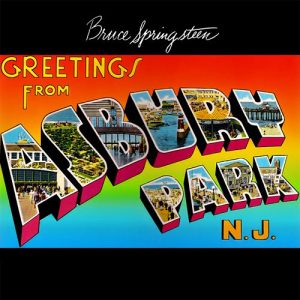 One of my early means of transportation was a beat-up Honda with no heat or AC, but it had a cassette deck. For a buck, I bought a used copy of Greetings From Asbury Park at a garage sale, popped it in and just left it in there. It became my soundtrack during freezing nights and  blazing summer days. Bruce critiques and fans do a way better Job explaining Springsteen, but I was “Lost in the Flood”on most nights, somewhere between route 46 and 17 South.

He’s known more for his production work and guitar playing on records by Conor Oberst, but Break Mirrors is an off kilter atmospheric masterpiece.  I would love to record an album that sounds like this, simple as that.

It’s fractured in parts and put back together again with tender songwriting. I’ve always liked Garcia’s songs and Lennon’s solo recordings. It feels like a mashup of the two in some way. Tweedy’s lyrical flow is positively crooked and inspiring. The track “Via Chicago”, a true murder ballad by itself is enough for me, but then you have “She’s a Jar”, “Shot in the Arm” and “I Can’t Stand It”.

At the time this record came out, I was disappointed with music and found myself falling in line with societal existence.  I saw this album on a shelf, put it on and loved it.  Its urgency woke me up. Although it was new, their’s something nostalgic sounding about it and it rekindled my appetite for discovering music. 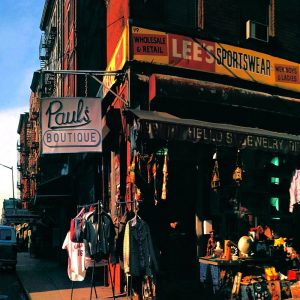 Theres just enough tough guy bullshit bravado on this that cracks me up. With the help from the Dust Brothers, the Beastie Boys, love em or hate em, could thrown down the jams. Who else could bring bible characters to life, while toasting cheep wine in bed-sty. Most importantly, any chance I can embarrass my kids with the WOP, I’m down.

As mentioned by another musician in a previous Musicians list their Top 10 Albums list, I too recall listening to this album as a little kid. Stevie Nicks taught me how love can be cruel and complicated. Although I didn’t know it at the time, I felt the tension for sure and still enjoy it today.

Bakesale opens up with the most riveting bass sounds and beautiful lazt vocal on “License to Confuse”. Throughout the whole record Loewenstein and Barlow manage to embrace the tender discord caresses of 90’s indie rock glory. I’m a grown ass man and I still shout the lines when I hear Loewenstein sing “Everyone’s so lonely I dig it.” What a tool.