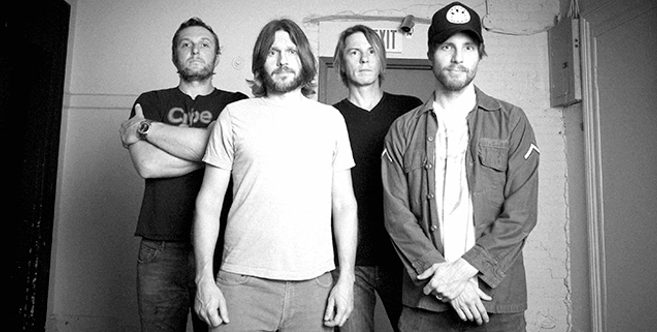 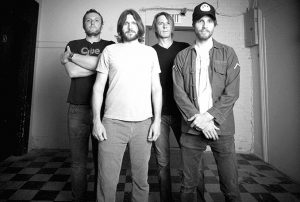 Back in May we headed to Pet Shop in Jersey City to see our friends Darkwing, but came away equally impressed with Asbury Park band The Vice Rags. Their debut EP Hope The Neighbors Are Lookin’, out on Mint 400 Records, blends classic 60s and 70s guitar riffs, the gleeful frenzy of punk and just a dash of the blues to create a fresh take on what straightforward rock and roll could be in 2018. I hear shades of Tom Petty in “One Heart” and The Plimsouls in “Alright by Me” and that my friends is good company.

This past summer they released a video for their song “Jersey Boy.” What makes a Jersey boy according to the band? “A Jersey boy carries himself with a certain insouciance; there’s a no-B.S. attitude and gruff swagger to everything he does. He’s not impressed with awards or accomplishments – he’ll judge you by the way you act, not by your reputation or your bankroll.”

And in true Jersey boy fashion The Vice Rags did not do the top 10 list the regular way of one band member taking the challenge. Guitarist/Vocalist Paul Rosevear and drummer Joe Chyb took 4 albums apiece to explain what makes them special.  Bassist Gay Elvis (G.E.) chimed in with 2 mentions bringing it to 10 total. You’ll just have to ask lead guitarist Jack Roberts his faves in person.

Joe: One of the first CDs I ever bought, this album is sooooooo good. I was a kid and to have the album with the skulls and the most bad ass band AND album names sitting there in your back pack, automatically made you feel cooler! Not one bad song on the whole thing, easily and by far the band’s best album (duh!). This was required listening and practice material for me. You had to be able to play all this stuff if you wanted to be a rock n roll drummer. Nothing fancy from Adler just solid meat and potatoes! Man…. it’s crazy to see what this band changed into after creating what is probably like the most ultimate rock n roll album of all time….

Queens of the Stone Age – Songs for the Deaf

Joe: When that video came out for “Go With The Flow,” holy shit…. I already loved the band, and loved the first single from the album, and loved that  Dave god damn Grohl sat in for the whole album, but then you see that BAD ass video for a BAD ass song and I had had enough! Enough Josh Hommie!! Stop being so great at everything!!! All kidding aside, I mentioned required material for being a drummer, man this album…. I would get home from work and go into the basement, play like one side of a Ryan Adams album to warm up and then play this whole album at least once through. SO much fun, so dynamic, so smart and poppy and funny and driving and bad ass (this album is where I learned the fake double bass drum technique Grohl uses… VERY cool!). It’s tough to pick one best album by these guys, but I guess if you had to, this would be the one. 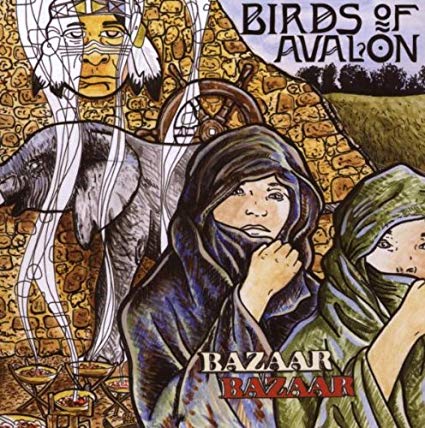 Joe: There was a time, when it first started, that I discovered SOO many cool indie bands from Pandora. Birds of Avalon were one of them. Their old band, Cherry Valence came on whatever station I had dialed in and while I was learning all about this cool new band I heard from Raleigh, I saw they had BROKEN UP!!! But, the new band they formed (Birds of Avalon) were even BETTER! They are great at blending the nuevo-psych rock thing (that is now even more popular) so well with the driving rhythm thing Black Rebel does with the harmonizing Thin Lizzy guitar solos and the garage rock scene I cozy up to. Great, fun band, and this was such a fun album to listen to!

Hero Pattern – Cut You Out

Joe: It was my sincere pleasure getting to meet/know/play shows with these guys back in college. We had been listening to this album for a little bit before we got to become friends with the guys in the band and we always joked we wish they were jerks since we wanted to hate them because we were jealous of how good their album was (in fact there were a few bands I was in where we would say while writing, “do the Hero Pattern thing there…”)! As I said before, time and space matter with recordings and looking back, I feel like this album is SUCH a great combination of what was going on musically at this time in NJ and in general. This album is emo, it’s Nineties rock, it’s classic rock, it’s singer songwriter and it’s college and indie and everything else we listened to and loved. I guess it’s a perfect time capsule of a really cool, transitional time in music. Can you guys put the damn thing on Spotify already?!? hahaha

Paul: It’s crazy how the music you hear has a child stays with you through life. My dad is a huge jazz head and growing up the sound of his record collection would always be drifting through the house. He rarely listened to singers. But one day he came home with the first Tracy Chapman record and we listened to that thing endlessly. Her voice was so powerful. And she was singing about serious stuff. Junkies, poverty, war, love, revolution. Like this was deep, soulful music! I was 8 or whatever, so of course I didn’t fully process everything she was singing about. But still the music speaks to you, even when you’re a kid. You sense the spirit of it. She’s awesome — one of a kind. These songs are as relevant as ever, and probably will be for a long time to come. 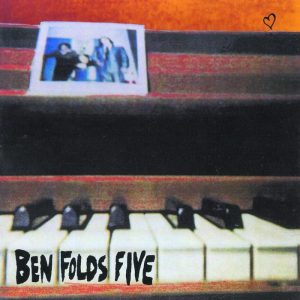 Paul: I was in high school. Looking for ways to fit in, like any teenager. At that point I was way into guitar music — Metallica, Clapton, Phish, Green Day. Loved that stuff, but I was still a music nerd at heart. I’d taken piano lessons as a kid and played in the orchestra and jazz bands and all that. Then one day my friend Jon handed me a cassette tape that said Ben Folds Five. Threw it in on the car ride home and was blown away. I honestly couldn’t believe what I was hearing. The ferocious piano playing, the incredible songwriting, those raw-ass harmonies, and the whole punk rock attitude—I felt like I could relate to Ben in a way I wasn’t getting from those guitar gods. I just freaked out and became a die-hard fan. Started playing piano again and writing songs. It made me feel like you don’t need to sound like everybody else, or do things the way other people do them. You can just be yourself and that’s what’s cool.

Paul: It was 2008 or so. I’d met Dawn, who would eventually become my wife. Her brother is a music fanatic like me, and he used to send me tons of albums on this thing called Pando. Seriously like 15 a week. So I couldn’t really keep up, but then one day I happened to open one of them and it was AA Bondy’s American Hearts. From the first track, “Vice Rag,” I was stunned (We actually ended up taking our band name from that title). You’ve heard a million guys do the singer-songwriter-with-the-harmonica thing before. But never like this. Something about his artistry is just beyond reality. It’s spooky. He has a way of capturing the beauty and terror and mystery of life. Song after song, it’s a masterpiece. We danced to “Lover’s Waltz” at our wedding. This is music that’s been handed down through the ages and somehow landed in Bondy’s lap. He makes you rethink what’s possible with the bare essentials. 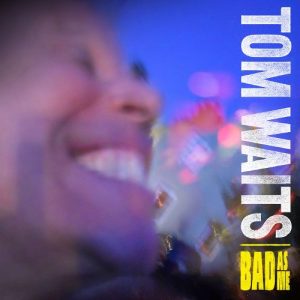 Tom Waits – Bad as Me

Paul: By the time you’re a musician in your 30s, if you haven’t “made it” yet, you start doing some re-evaluating. You’re getting older and the bands around you are getting younger. So you’re looking for new role models to point the way forward. Enter Tom Waits. I’d dabbled in his stuff before, but it was around my 30th birthday or so when Bad As Me came out. Amazing record — I heard he recorded it in an old schoolhouse. You know Tom, always with the myth-making. But he’s into his 60s here, and better than ever. The sound is dirty, colorful, busted up, and glittering all at once. The songs make you feel like you’re walking through a dream (or a nightmare) in the best way. And they can really teach you about life. “Last Leaf” is my favorite — Keith Richards on backing vocals is the icing on the cake. Just goes to show you that your best work can always be in front of you.