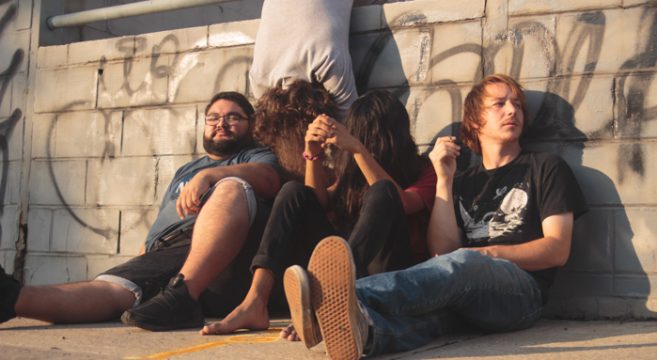 Music That Makes You Pay Attention

Humans spend a third of their life asleep. Instrumental rock band Sleep Gets Your Ghost lives at the mercy of this concept, understanding that they need to make the waking moments count. They do this in large part through their music and as a tribute to the sacred seconds that have vanished due to dozing off the group premieres their hypnotic EP, For All We’ve Lost. 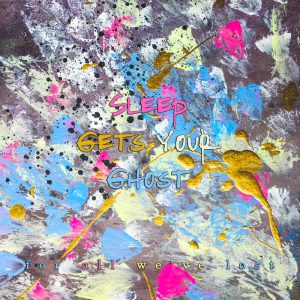 Guitarists and primary songwriters, Zachary Nystrom and Jovany Baracaldo, channel the energy of their most prominent hardships and triumphs into five minute epics that are filled to the brim with growth and decay. With the additional depth from bassist Savan Sekhon and drummer Ryan Hillsinger the four-piece has crafted music that makes you pay attention.

Just like sleep itself, the group’s four-track debut takes you through phases that are as equally emotive as they are controlled. Gaining influence from motifs made popular by post-rock bands like Explosions in the Sky, “Tsunami,” opens by introducing Nystrom’s and Baracaldo’s distinct flares of guitar interplay. The song takes you through an illuminated swell that become amplified with the gripping punch of Sekhon’s bass and the drive of Hillsinger’s drums. By the end you are left with a wash of edgy harmonics rooted by the depth of Baracaldo’s 7-string. 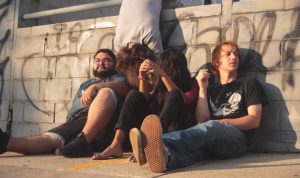 The drums immediately take hold on the introduction of “Fusion,” distinctly sounding like they’re stuck inside a metal box. “I went down into the dampest corner of the laundry room and created a heinous Frankenstein monster of a drum set with 3 kicks and a snare,” mentioned Hillsinger, “Two of the kicks were propped up by boxes and laundry hampers and used as massive toms.” After this, engineer Doug Gallo, who recorded For All We’ve Lost at AGL Sounds in New Brunswick, tracked 3-4 takes of Hillsinger “spitballing” and layered them with effects to create the beautifully crafted soundscape heard on the song.

“Crimson Flare,” is a particularly intricate track that stands out amongst the four in terms of depth. It draws from the djent feel of Barcaldo’s previous metalcore projects and sounds like what the deep dreaminess of REM sleep might feel like. “The break at the beginning reminds me of a doves being released into the sky,” Sekhon said in reference to the soaring drone guitar in combination with the resurgence of Gallo’s artful electronics. Nystrom’s guitar generates a beacon of energy that granted Baracaldo access to full range of his 7-string, and the result is a heavy, explosive track that tosses and turns with tempo changes amidst a fiery atmosphere.

In a final reflection, these instrumental architects wind down with “Heat,” first building up and then breaking under the pressure like embers falling into a fire. The guitars are crystalline and create a distinct warmth amongst drums that cast a distorted echo, similarly to the space created on the song, “The First Fire,” by If These Trees Could Talk. The climax of the song leaves a vast horizon of guitar tones ringing out into the emptiness. 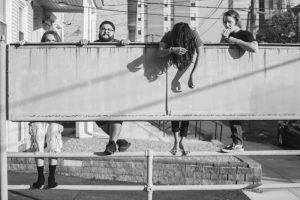 For All We’ve Lost boasts massive soundscapes that depict a fanfare of raw emotion and atmosphere. As Nystrom best reflected, it “surrounds you like a blanket of snow, heavy yet weightless.” Sleep Gets Your Ghost is constantly unfolding new aspects of their sound as they are strengthened by the fever of every waking moment.

The full, immersive experience can only be realized in their live performance, and you can catch them with Head Spell, Marsoupial and Erotica at The Chocolate Shoppe in New Brunswick tomorrow night to celebrate the breathe put into their latest release.

Pin It
Previous post:
YDKJ Song Premiere: The Paper Jets Turn the Punk Up on “Go On Go On” Next Post:
Sonic Blume Impresses With Dreamy EP ‘Beach Karma’

about the author: Deanna DiLandro

To me, there is nothing like being suspended in a song. To be absolutely struck by sound is a pleasure and I am happy to try to convey the feeling through words. The New Jersey music scene is near and dear to my heart and will probably be DIY until I die. Contact: deanna.dilandro@gmail.com